Over thirteen years ago, the excitement was palpable.  In early June, 2003, Air Canada was about to launch its inaugural non-stop flight from Montreal to Beirut.  Thousands of Lebanese-Canadians had bought their tickets for the summer, delighted to avoid tiresome layovers in Europe on the way to visit friends and family. 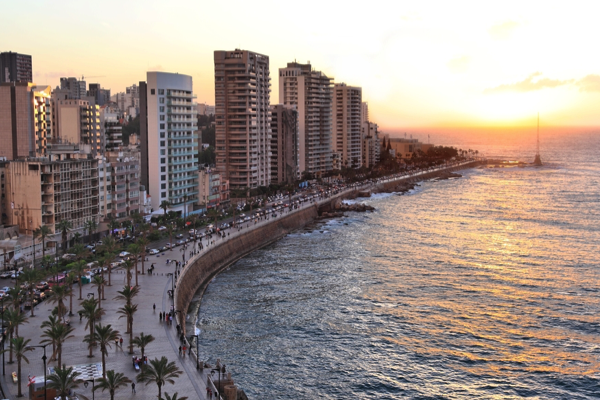 But then, inexplicably, the Canadian government pulled the rug out from under Air Canada.  Citing “national security” issues, the government rescinded the airline’s license to fly non-stop to Beirut – a license that it had granted only months before.  In addition to the disappointment and frustration of airline executives, Lebanese-Canadian ticketholders were enraged.

At the time, the government provided precious little detail.  The Globe and Mail interviewed a “senior federal government official” who asserted that the decision to rescind the license was to “safeguard Canadians against terrorism” based on information from the Canadian Security Intelligence Service (CSIS.)  The Globe article also mentioned airline industry sources who suggested the impetus for the decision originated in Washington.

Fast forward thirteen years, and what’s changed in Canada?  Nothing.

In the meantime, British Airways, Alitalia, Lufthansa, Air France, and other airlines launched and maintain regular service to Beirut.  Air France presently runs four flights daily between Paris and Beirut.  One cannot help but wonder why flights to Beirut are mundane occurrences for our European allies, yet are deemed an issue of “national security” for Canada.  If CSIS officials are aware of a tangible threat, surely they should share it with our European friends.

In 2011, the Statistics Canada census revealed that 190,000 Canadians considered themselves to be of Lebanese origin.  Other reports suggest that the number is well over 250,000.  Whatever the exact number, the Lebanese-Canadian community is most likely the largest ethnic community which is not served by a direct flight.  The lion’s share of this community lives in Montreal.

In discussions with senior government officials this week, I raised the question of the ban on direct air service between Montreal and Beirut.  I also reminded them that European airlines have continued to service Beirut for years without incident.  Regardless, the response was identical to what was heard in 2003: “Security threat […] based on discussions with close international partners.”

But of course, the ban doesn’t prevent people from travelling between Canada and Beirut.  It simply forces them to make a connection through Europe.  Presumably, individuals with ill intent could still make the trip with a layover in Europe, just as thousands of Lebanese-Canadians do each year.  So in one way, the ban seems crude and naïve.

Or perhaps the government is concerned about an incident in the air: a hijacking or a bombing.  But if this were the case, it would hardly seem appropriate that the government allow direct flights to certain other destinations in the region.  Why, for example, should Air Egypt be allowed to run direct flights between Toronto and Cairo, when less than a year ago a Russian plane departing Egypt was brought down by a suspected bomb – killing 224.  Or why is Air Canada allowed to run direct flights to Istanbul when just three months ago, the Istanbul airport was attacked in a terrorist assault that left 45 dead.

Air Pakistan runs direct flights between Toronto and three Pakistani cities: Islamabad, Lahore and Karachi.  Since the beginning of 2016, Pakistan has seen 12 deadly terror attacks – the worst being a suicide attack in Lahore which left 74 dead.  In 2015, Pakistan witnessed 20 deadly terror attacks – including one in Karachi which left 46 dead.  It is hard to imagine that the security situation in Beirut is more precarious than in these Pakistani cities.

There’s no doubt that Canadians expect their government to protect them from security threats.  Canadians also expect their government to develop a coherent policy which weighs the relative risk of threat against the inconvenience imposed on society.  But Canada’s over 13-year ban on direct flights to Beirut does not seem to strike the right balance.  In fact, the policy is full of embarrassing contradictions.

For many Lebanese-Canadians, the prohibition seems absurd and punitive.  It also feels paranoid.

But there may be an important clue at the root of this ban.  In 2003, while Canadian officials argued – too strenuously – that the decision to pull the plug on Air Canada was a “made-in-Canada” decision, insiders inferred that the decision came from south of the border.  And today, it’s not just that there are no direct flights between Montreal and Beirut.  There are no flights between North America and Beirut.

As such, government leaders may want to reflect on the words of Alexandre Trudeau – the Prime Minister’s brother – from an interview earlier this week: “In recent times Canada has disappeared as an independent voice, as a country that makes its own decisions about things.”

Why reflect on these words and reconsider this ban?  Because it’s 2016.