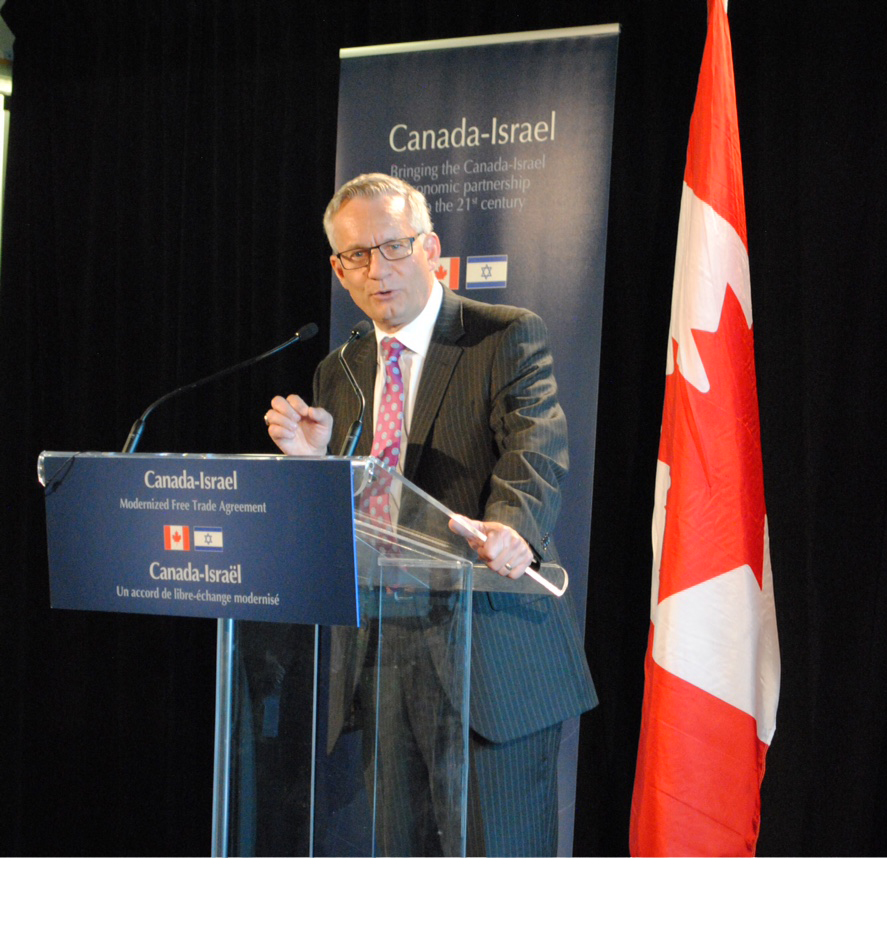 CJPME is pleased to publish the next of a 13 part election series analyzing the positions of Canada’s political parties. CJPME hopes that, by revealing what parties have said and done on key Middle East issues, Canadians will be better informed voters in the upcoming elections. Our next analysis studies each party’s position on the Canada-Israel Free Trade Agreement.

Despite Israel’s human rights abuses against Palestinians, in 2019 the Liberal government passed a “modernized” Canada-Israel Free Trade Agreement (CIFTA). The updated agreement that lacks a human rights provision and includes products from illegal Israeli colonies (aka “settlements”) in the West Bank. The NDP for its part received a high-ranking score for its position on CIFTA, given NDP MPs’ consistent efforts to speak out against CIFTA’s inclusion of Israeli colony products. Likewise, while the BQ voted to pass CIFTA, it did object to Canada’s recognition of illegal Israeli colonial enterprises as part of Israel. While Green Party policy officially compels Canada to strengthen CIFTA to bring it into compliance with international law, the Greens failed to advance this policy during CIFTA debates. It is the Green Party’s silence that led to its “C” grade on this evaluation.
Finally, both the Conservatives and the Liberals received failing scores as they were not only silent on CIFTA’s shortcomings, but opposed all efforts to bring CIFTA in line with international law. This explicitly undermined UNSC resolution 2334 (2016), which calls on states to distinguish between Israel and Israeli colonies in its relevant dealings.

In 1997, Canada entered into the Canada-Israel Free Trade Agreement (CIFTA), which eliminated trade tariffs on products manufactured both in Canada and Israel. In 2019, the Canadian government passed Bill C-85, which revised and modernized the 1997 agreement.[1]

CJPME identified the following shortcomings present in the modernized version of CIFTA:

Through CIFTA, the Canadian government gives Israel preferential trade treatment without requiring any change in the state’s illicit and repressive practices in the occupied Palestinian territories. It furthermore confers economic privileges onto Israel’s settlement enterprises, while turning a blind eye to their human rights abuses. CIFTA does not in any way respect Canada’s commitment to a peaceful and just settlement of the Israeli-Palestinian conflict.

In addition, in the draft of Bill C-85, the Liberal government refused to distinguish between the State of Israel and illegal Israeli settlements in the West Bank. The Liberals on the Standing Committee on International Trade even voted against a motion to amend CIFTA to allow for this distinction. When questioned in the House of Commons, International Trade Minister Jim Carr tried to justify this conflation of Israel proper and illegal settlements by framing it as a benefit to the Palestinian people. On the contrary, the Liberal Party is simply choosing to reward these illegal settlements with preferential trade, while ignoring Palestinian human rights abuses. Only one Liberal Member of Parliament – MP Marwan Tabbara – voted against the flawed Bill C-85.

The Conservative Party has remained a steadfast supporter of CIFTA. In fact, it was Conservative Prime Minister Stephen Harper who initially announced Canada would expand and modernize the existing CIFTA in 2015.[2] As such, the Conservative position on CIFTA and Bill C-85 was indistinguishable from the Liberal government’s position.  At the start of 2019, Conservative Members of the Standing Committee on International Trade voted against a motion to amend CIFTA to distinguish between Israel proper and the Israeli colonies in the occupied Palestinian territories. All of the Conservative Members of Parliament voted in favour of passing CIFTA, despite its obvious shortcomings.

The NDP has been the most critical of Bill C-85 and the modernized CIFTA. The NDP frequently and publicly criticized the shortcomings of Bill C-85, both in the House of Commons and on social media. In fact, when Bill C-85 was first introduced to the House of Commons in May 2018, former NDP Foreign Affairs Critic Hélène Laverdière immediately spoke out against the Bill, questioning Canada’s inclusion of Israel’s illegal settlements in the agreement.[3]

After Bill C-85 was sent to the Standing Committee on International Trade, NDP MP Tracey Ramsey proposed a motion calling on the committee to “invite witnesses to appear to discuss the state of human rights in Israel and the occupied territories of Israel.” This motion was voted down by both Conservative and Liberal committee members. Likewise, Ramsey moved to amend CIFTA to distinguish between the State of Israel and illegal Israeli settlements.[4]

Despite these setbacks, several NDP MPs – notably Alexandre Boulerice, Don Davies and Cheryl Hardcastle – continued to speak out against Bill C-85 in the House of Commons. Boulerice questioned why the Liberals rejected Tracey Ramsey’s amendment, which would have required distinct labelling on products from illegal Israeli settlements so as to distinguish between companies in Israel and those “on the Palestinian territory that has been illegally occupied since 1967.”[5] Hardcastle pressed the government to include human rights provisions in CIFTA, “particularly relating to the rights of Palestinians in territories occupied by Israel.”

During the Bill C-85 debates, BQ MP Gabriel Ste-Marie spoke out against what he called Canada’s “agreement with Israel and the occupied territories.”[6] He went on to argue that Canada’s failure to distinguish between Israel and Israeli colonies in the occupied territories meant that Canada was indirectly conferring legitimacy on Israel’s colonization of Palestinian land. Thus, while the BQ voted in support of CIFTA and trade with Israel, they still spoke out against CIFTA’s trade with Israeli colonies, even citing UNSC Resolution 2334.[7]

While the Green Party officially calls for changes to bring Canada’s economic relationship with Israel in line with international law and conventions, it has not consistently applied this policy.

In December 2016, Green Party members voted for an updated Israel-Palestine policy which 1) calls for the renegotiation of CIFTA so that “it explicitly excludes products produced wholly or partly within or by illegal Israeli settlements, or by Israeli businesses operating within the OPT,” and 2) calls for the strengthening of CIFTA compliance provisions to “ensure products labelled ‘Made in Israel’ are actually produced, entirely and exclusively, within Israel’s internationally recognized borders.”[8]

In July 2017, the Green Party issued a press release condemning the Canadian Food Inspection Agency for reversing its initial decision calling for goods produced in illegal Israeli settlements to be accurately labelled.[9] Curiously, however, the Green Party was silent during the 2018-2019 renegotiation of CIFTA. Thus, while the Green Party has adopted a progressive policy position vis-à-vis CIFTA, it is not been applied consistently by Green Party leaders.