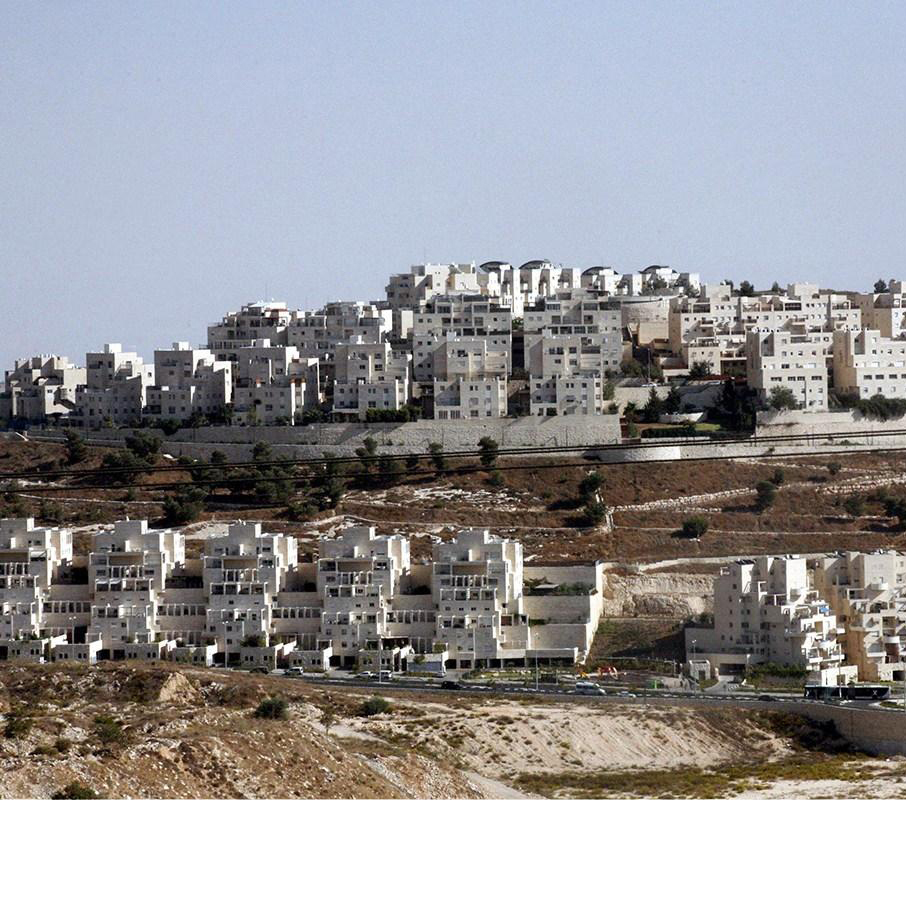 CJPME is pleased to publish the next of a 13 part election series analyzing the positions of Canada’s political parties. CJPME hopes that, by revealing what parties have said and done on key Middle East issues, Canadians will be better informed voters in the upcoming elections. Our next analysis studies each party’s position on Israel's Illegal "Settlement" Expansion.

Like so many Israel-Palestine related issues, the Liberals under Trudeau have repeatedly failed to condemn Israel’s clear violations of international law on the issue of “settlements.” The Trudeau government’s policy since the last election has been scarcely different than that of the Harper government. Likewise, the Conservative Party has failed to condemn the illegal “settlements,” instead maintaining a longstanding pattern of unequivocal support for Israel and its policies in the OPT. The NDP, on the other hand, has consistently pointed out the grave problem that Israeli “settlements” pose to peace and stability in the region. Indeed, since the last election, the NDP has made a larger effort to raise the issue more forcefully. In a similar way, the Greens have a solid party platform on the question of “settlements,” and have been vocal in their opposition to Israel’s “settlement” expansion in the West Bank. The Bloc Québécois, meanwhile, has mostly addressed the issue indirectly, but properly defers to international law on this and related issues.

There are currently over 130 Israeli colonies,[1] often referred to as “settlements,” over 110 Israeli “outposts”[2] and other Jewish-only enclaves on occupied Palestinian territory (OPT). [3] Altogether, these “settlements” house well over 620,000 colonists.[4]  They are located on land militarily occupied by Israel since 1967, including the West Bank (which includes East Jerusalem) and the Golan Heights. Although the colonies themselves cover under 2 percent of the OPT, Israel has established a web of Israeli-only roads, military bases, buffer zones and reserved areas around these colonies and its illegal border wall.  Palestinians are barred from all of these areas, which, together with the colonies themselves, cover at least 40 percent of the West Bank.

Jewish-only Israeli colonies in the OPT have long been one of the major obstacles to peace between Israel and the Palestinians. The building of Israeli colonies on Palestinian makes the implementation of a two-state solution more logistically and politically complicated. A series of Jewish-only roads connecting the colonies to one another and to Israel proper slice the OPT into 43 non-contiguous and isolated communities,[5] making the creation of a Palestinian state virtually impossible.[6]

Given that all Canadian political parties officially support a two-state solution between Israel and the Palestinians, one would think that they would all vocally criticize Israel’s “settlements.”  This, however, is not the case.

Since the Trudeau government came to power, it has been consistently reluctant to criticize Israel’s expansion of illegal colonies in the West Bank and East Jerusalem. On foreign affairs, the  Liberal Party’s 2019 platform has not yet been updated from their 2015 platform, which only mentioned Canada’s relationships with the United States.13 This demonstrates the Liberal party’s reticence to outline any foreign policy positions over the past two election cycles.  The Liberal party is largely silent on the issue of illegal “settlements.” When Trudeau mentions Israel, he always emphasizes Israeli security concerns, without mention of its illegal colonies or international law14. Global Affairs Canada currently recognizes the illegality of Israeli “settlements,” just as it did under the Harper government, but the Prime Minister himself has been silent on the issue of colonies.15

Former Foreign Affairs Minister Stéphane Dion condemned Israeli “settlements” on numerous occasions during his term. However, his position was much weaker than US Secretary of State John Kerry’s criticism of “settlements.” The Liberal Party’s condemnation of these illegal colonies became increasingly faint after Stéphane Dion’s tenure as Foreign Minister ended. Successor Chrystia Freeland’s strongest critique of Israeli colonization came after Israel retroactively legalized “settlements” built on privately owned Palestinian land. She said: “Canada is very concerned ... and we want to underline that this expansion of “settlements” is illegal under international law”, later adding that Canada was “calling on all parties not to make unilateral moves which could have a negative effect.”24

When Israel approved applications for a spate of illegal “settlements” in 2017, even the Trump administration condemned the project.25 The Trudeau government, however, remained silent.

The situation has been scarcely better in Parliament. Most Liberal MPs have not taken a principled stand in the debates surrounding the Canada Israel Free Trade Agreement (CIFTA), generally choosing to emphasize the benefits of free trade instead of calling attention to the human rights abuses associated with Israel’s illegal “settlements” 16 Bottom line, the Trudeau government claims to support international law, yet rarely condemns Israel’s “settlement” enterprise, which is in clear violation of international law.

Under the Harper government, settlements were recognized by the Canadian government as illegal under international law; however, government representatives rarely spoke out against them. Currently, the Conservative Party platform contains no mention of Israel’s colonies, and Andrew Scheer has made no comments on them.[9]  Since the last election, then-Foreign Affairs Critic John Baird criticized a statement made by former Foreign Affairs minister Stéphane Dion that condemned Israeli settlements and Palestinian bids for recognition, saying that it was not pro-Israel enough.27 When the House debated legislation to revamp the Canada-Israel Free Trade Agreement (CIFTA) in 2018, Conservative MPs completely ignored the issue of the OPT being designated in the bill as a part of Israel. Instead, most members heralded the economic benefits of including the OPT in the trade agreement and commended Israel for its economic output.[10]

In April 2018, the Canada-Palestine Parliamentary Friendship Group visited the West Bank. Of the 18 MPs making up the delegation, only one—Garnett Genuis—was from the Conservative Party. Genuis wrote an op-ed in which he recounts meeting Palestinian schoolgirls in the West Bank who did not want to interact with Jewish children from a nearby settlement. Genuis concluded that this anecdote was emblematic of Palestinian isolationism, and that this behavior presented a key obstacle to peace.10 His op-ed failed to recognize that these Palestinian children live under military occupation, and cannot be expected to befriend their colonizing neighbours. This rhetoric, which fails to recognize the complex and dangerous impact of these illegal “settlements”, is common amongst Conservative MPs.

In all, despite universal international condemnation of Israel’s illegal “settlements”, the Conservative Party has, on every occasion, failed to denounce Israel’s colonies.

Historically, the NDP has largely opposed Israeli colonies in the Palestinian territories, and has included statements to this effect in its party platforms.  In recent years, the NDP party platforms have become more ambiguous on the issue, although individual NDP MPs will assert that this is still the position of the party.

NDP leader Jagmeet Singh has stated his opposition to Israel’s illegal colonies, having tweeted: “In 2016 I traveled to the Middle East. I witnessed the technology & development in Israel. I was shocked by the contrast I saw in Palestine. I witnessed the presence of Israeli military occupation in Hebron & the frustrating conditions created by settlements deep in the West Bank. I stand with concerned Canadians & the UN in calling for an end to the illegal settlements, as they are a deterrent to peace for all.”11

Jagmeet Singh also responded to CJPME’s candidate Questionnaire regarding this issue during the NDP leadership race, and voiced support for labelling products from the OPT, including those covered under CIFTA, and would consider a ban on colony products.28

Meanwhile, rank and file NDP MPs repeatedly brought up the issue of “settlements” during the Parliamentary debate on CIFTA, reaffirming that the NDP does not support the inclusion of these illegal “settlements” in the free trade agreement. This push to have CIFTA distinguish between the State of Israel and the occupied territories demonstrates the NDP’s respect for international law on this issue. 12

While the Bloc’s (BQ) foreign policy platform is threadbare, Israel-Palestine is one of the few specific issues it mentions. However, besides a vague assertion that Canadian policy on the issue is unbalanced, the platform contains little of substance. Still, the party’s leadership and individual members have spoken out against Israeli colonies.17 When CIFTA came up for a vote, Bloc MP Gabriel Ste-Marie spoke out against the inclusion of the occupied territories in CIFTA’s definition of Israel and reasserted Bloc Quebecois support for international law on the issue.[11]   There have been no statements specifically on the issue of “settlements” since. The BQ’s position on this matter reflects the primacy of international law in their platform; however, this issue is not a priority for them, as the party uses its limited influence to pursue other causes.

In contrast with the other parties, the Green Party actually dedicates a subsection of their “Vision Green” 21 to the Israel – Palestine conflict. The stated goal of Green Party MPs regarding “settlements” is to “call on Israel to stop expansion and the building of illegal settlements beyond the 1967 borders.”22Furthermore, leader Elizabeth May has stated several times that she does not support the expansion of Israeli “settlements,” prefers not to buy products that come from “illegal Israel”, and agrees with former IDF generals that “settlements” outside the 1967 borders make “legal Israel” less secure. However, these statements were also made against the backdrop of May’s vocal opposition to a BDS resolution passed by the party.23 The Green Party’s platform officially proposes policy to denounce illegal Israeli colonies but tends to waver when forced to discuss the issue of “settlements” as a party.