Israel's Killing of Protestors in Gaza 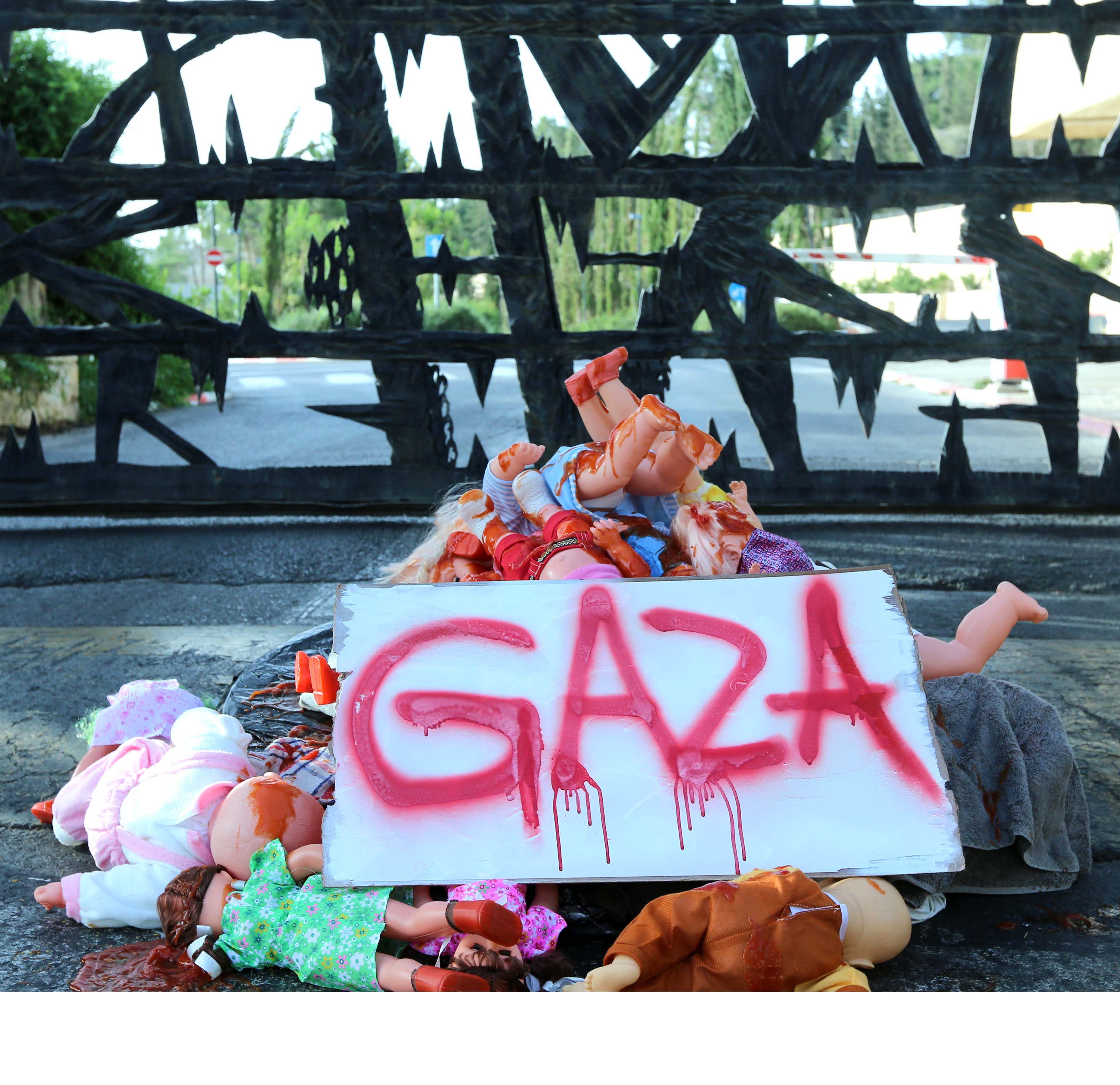 CJPME is pleased to publish the next of a 13 part election series analyzing the positions of Canada’s political parties. CJPME hopes that, by revealing what parties have said and done on key Middle East issues, Canadians will be better informed voters in the upcoming elections. Our next analysis studies each party’s position on Israel's Killing of Protestors in Gaza.

The NDP and Greens both received relatively high marks, given their consistent vocal opposition to Israel’s killing of Palestinian civilians. The Greens scored slightly better given Green Party Leader Elizabeth May’s call for a Canadian arms embargo against Israel – a specific pressure tactic which would have likely had a tangible impact on Israel’s actions in Gaza. While the Liberal position on this issue was not stellar, it was certainly more balanced than its positions on other Israel-Palestine issues. The Prime Minister’s statement condemning Israel’s indiscriminate killing of Palestinian protestors as “inexcusable” was good. However, the Liberals received a lower grade than the NDP and the Greens given their unwillingness to follow through on their call for an independent investigation into the killings in Gaza. Moreover, multiple Liberal MPs broke away from the party line, adopting positions more forgiving of Israel instead. The Conservatives received a low grade as they 1) sought to rationalize Israel’s killings of Palestinian civilians; 2) tarred all Palestinian protestors as terrorists; and 3) opposed an independent investigation into the violence in Gaza.

Since the 2015 Canadian elections, there have been intermittent flare-ups of violence between Israel and Hamas, as well as significant Israeli violence levelled against Palestinian protestors. Since March 2018, thousands of Palestinians have participated in the “Great March of Return” protests at Gaza’s border with Israeli, peacefully asserting their right to return to their homeland, as stipulated by UN Resolution 194. Israeli security forces responded violently, injuring nearly 30,000 Palestinians and killing over 200 civilians, including children, members of the media and medics.[1] Israel’s excessive use of violence against Palestinian civilians has led many to label their actions as not only criminal, but a large-scale massacre.[2]

UN investigators have expressed significant concern with Israel’s excessive use of violence against Palestinians civilians, claiming “these serious human rights and humanitarian law violations may constitute war crimes or crimes against humanity.”[3] While the Israeli government and some Western media have tried to portray Israel’s actions as acts of self-defence against Palestinian “terror activities,” the UN has made clear that Palestinian actions have not amounted to combat or military campaigns, as “the demonstrations were civilian in nature, with clearly stated political aims.”[4]

The “Great March of Return” demonstrations take place in the context of Israel’s 12-year blockade of the Gaza Strip. Israel’s blockade has caused a humanitarian crisis in Gaza, negatively affecting the livelihoods and access to essential service of Gaza’s nearly 2 million residents, the majority of whom are Palestinian refugees. Conditions in Gaza are so bad that in 2015, the UN warned that Gaza could be “uninhabitable” by 2020 if Israel’s military operations and blockade continue.[5]

As the occupying force, Israel has a responsibility under international law to ensure the well-being of Palestinians in Gaza – a responsibility it has ignored for years. It is therefore highly disingenuous when an outside party – e.g. a Canadian political party – tries to sum up Israel’s violence as self-defence, especially in the context of violence against civilians, a grave violation of international law.

While the Liberal government has demonstrated principle in condemning Israel’s violence against Palestinians in Gaza, the Party has been highly inconsistent in its various declarations.

Throughout Trudeau’s mandate, the Liberal government has failed to criticize Israel’s human rights abuses against Palestinians, with one exception. The Liberal government broke its silence when Israel began killing Palestinian civilians in Gaza for protesting in March 2018. By May 2019, the Prime Minister himself issued a statement condemning Israel’s use of live ammunition and excessive force as “inexcusable.”[6] He furthermore stated that he was “appalled” by the violence against unarmed people and called for an independent investigation to establish the facts on the ground.  It is worthwhile to note, however, that while the violence began in March 2018, the Prime Minister’s criticism of Israel’s actions came only two months later – in May 2018 – after Canadian doctor Tarek Loubani was shot in the legs by the Israeli military.

Despite the official position of the Liberal government, several individual Liberal MPs rejected the party line on Israel’s killings of Palestinians in Gaza. For example, Liberal MPs Michael Levitt, Marco Mendicino, and Anthony Housefather all defended Israel, suggesting a correlation between Palestinian civilian protestors and Hamas and/or the Iranian regime.[8] Despite the UN’s statement to the contrary, one Liberal MP even stated in the House of Commons that Hamas bears “moral responsibility and culpability for the unfortunate loss of [Palestinian] life.”[9]

Under the Harper government, each time there was a violent flare-up or war in Gaza, the Conservatives took a very simplistic position a priori that Israel was simply defending itself against an irrational and violent Hamas. With no interest in the broader context, and without human rights law as a sounding board, the Conservative Party became a type of cheerleader for Israel, right or wrong.

While the Conservative Party under Andrew Scheer’s leadership has not taken an explicit position on the Great March of Return protests, it continues to tar all Palestinian civilians as violent extremists and mindless Hamas supporters. A close look at statements from MPs and the Conservative Party’s silence on Israel’s killings of Palestinian civilians suggests that the Party has continued the Harper government’s tradition of unconditional support for Israel.

While other Canadian political parties criticized Israel’s killings of Palestinian protestors in the Great March of Return, the Conservative Party Foreign Affairs Critic Erin O’Toole issued a tepid tweet calling for “dialogue” and expressing concern with the “violence in Gaza.”[10] At the same time, he stated in the House of Commons that he did not believe the international community should launch an inquiry into the violence in Gaza. Even after Canadian doctor Tarek Loubani was shot by Israeli snipers, O’Toole reaffirmed his opposition to an inquiry, stating, “certainly [Loubani] knows that in some of the things he’s engaged with… there are certain risks.”[11]

Like O’Toole, CPC MP Garnett Genuis has made several statements on the March of Return in the House of Commons, each time blaming Palestinians for their own deaths. While the Palestinian right of return is protected under international law, Genuis criticized the protestors for asserting this right and accused them of seeking to “violently” cross the border.[12] Such a statement decontextualizes the situation by failing to recognize that Palestinians in Gaza are living under a blockade and thus do not even have the right to peacefully cross the border. Genuis and other CPC MPs also perpetuate the pro-Israel lobby’s aspersions against Palestinians by suggesting that the protests are Hamas-organized with Iranian backing.[13]

From the start of the Great March of Return protests in March 2018, the NDP has persistently condemned Israel’s attacks on Palestinian protestors. The NDP has also consistently challenged the Canadian government to hold Israel to account for its human rights violations.

After Israel began its killing of Palestinian civilians in March 2018, then-NDP Foreign Affairs Critic Hélène Laverdière took to Twitter to express her dismay, calling on Israel to stop the killing and “abide by its responsibilities under international law & respect human rights.”[14] Since then, the NDP has made several statements and posed questions to the government in the House of Commons on this matter. On May 14th, 2018, after 55 Palestinians were killed by the Israeli military, NDP Leader Jagmeet Singh issued a strong statement calling Israel’s actions a “clear” violation of international law, while urging the Canadian government to condemn the violence and support an independent investigation into the killings.[15] At the same time, individual MPs in the House of Commons challenged inconsistencies in the Liberal governments’ reaction to the Israeli massacre of Palestinians.[16]

Following Trudeau’s call for an independent investigation into Israel’s killing of Palestinian civilians in Gaza, the NDP urged Trudeau to keep his word and push for the investigation.

There is no record of the Bloc Quebecois’ position on this issue.

Last year, when Israel began violently attacking Palestinian protestors, GPC Leader Elizabeth May issued several statements vocally condemning Israel’s actions. Moreover, she refuted Conservative and Liberal claims that Israel’s military actions were justified as self-defence, echoing the UN in stating that Gaza’s civilians were not a threat to Israel.[17] May also joined the Trudeau government and the international community in demanding an independent investigation into the killings of Palestinians in Gaza.[18]

In addition to her principled statements, May was the only Canadian political leader to call on the government to put economic pressure on Israel to respect international law. May demanded that Canada “suspend all military trade with Israel” and replace the United States as a truly honest broker in the conflict.[19]

[4] “No Justification for Israel to Shoot Protesters with Live Ammunition.” UNHRC. February 28, 2019.

[17] “Canada must not remain silent on the Israeli military actions in Gaza.” Elizabeth May MP. April 9, 2018.