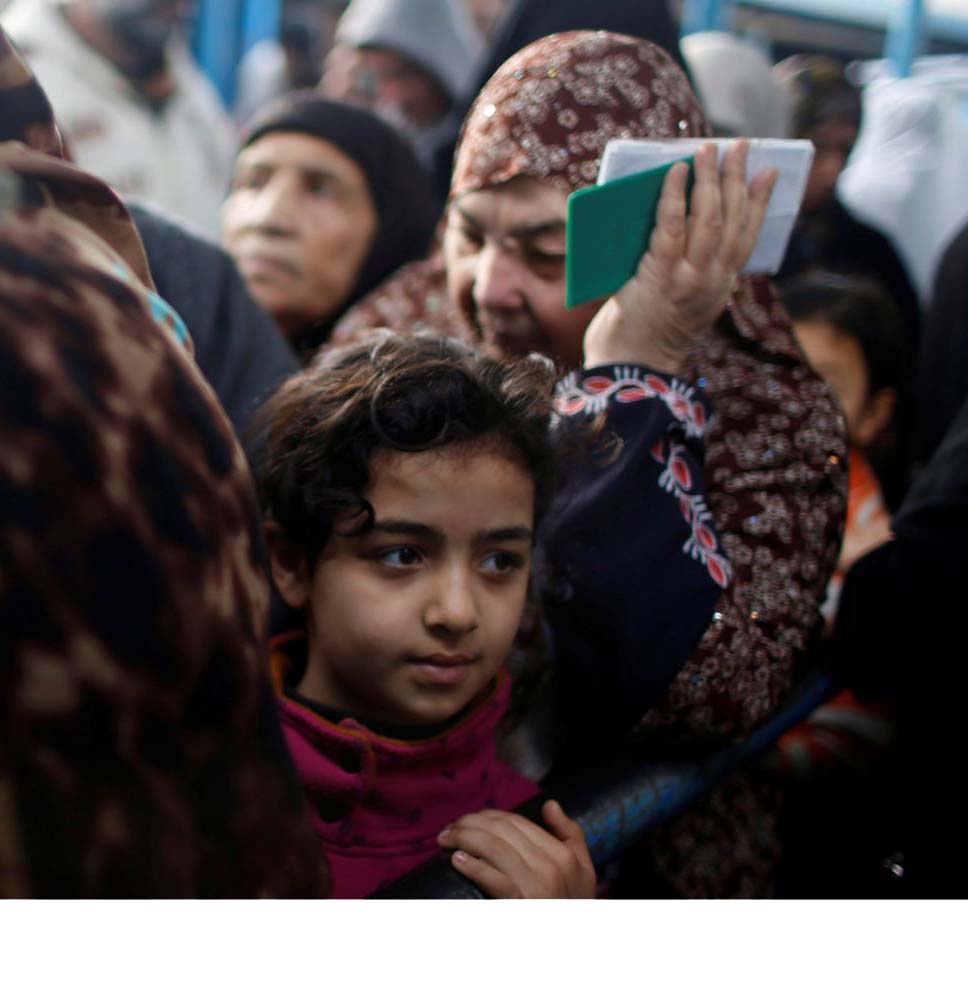 CJPME is pleased to publish the next of a 13 part election series analyzing the positions of Canada’s political parties. CJPME hopes that, by revealing what parties have said and done on key Middle East issues, Canadians will be better informed voters in the upcoming elections. Our next analysis studies each party’s position on Palestinian refugees.

Since the last Canadian federal election, the conditions faced by Palestinian refugees have rapidly deteriorated and worsened. This decline is mostly owed to the massive and sudden cuts brought by the Trump administration, such as its complete defunding of the UN aid agency for Palestinian refugees (UNRWA) in August 2018. Just three years prior, our own government, at the time headed by Stephen Harper, had also cancelled its funding to UNRWA. Under the Trudeau government, however, this funding has been reinstated. While the Liberals have so far maintained their funding commitments to UNRWA, they have done little to work toward a permanent solution for Palestinian refugees. It is for this reason that the Liberals received a B+.
The New Democratic Party (NDP) received a slightly better score, given the fact that NDP MPs have been significantly more outspoken about the need to provide both financial and political support to Palestinian refugees. Nevertheless, Jagmeet Singh’s continued silence on the issue is concerning.
The Conservatives, on the other hand, received a failing grade due to their continued attempts to smear and delegitimize UNRWA.
The Greens and the Bloc Québécois have remained silent on the UNRWA file, and thus were not given a grade.

The 1947-1949 Palestine war was the first war in the longstanding Israeli-Palestinian conflict. This war culminated in the establishment of the State of Israel and the displacement of at least 700,000 Palestinian Arabs from their homes. [i] These Palestinians became refugees, displaced either within the Palestinian territories captured by Egypt or Jordan, or to surrounding Arab states. In 1949, UNRWA was established by United Nations General Assembly Resolution 302 (IV) to implement direct relief and works programmes for these Palestinian refugees. In the absence of a permanent solution to the Palestine refugee problem, UNRWA’s mandate has been continuously renewed since 1950 by the UN General Assembly.[ii] UNRWA defines a Palestinian refugee as anyone who was forcibly displaced from Palestine as a result of the 1948 conflict. The organization provides services to anyone who meets this definition, as well as their descendants. In all, UNRWA provides services to over 5 million Palestinian refugees. [iii] These Palestinian refugees remain stateless, as Israel refuses to accept them back, host countries refuse to naturalize them, and other countries refuse to accept them. UNRWA, therefore, works to supply critical services that are typically provided by the state, such as education, primary healthcare, and relief services.

UNRWA is funded almost entirely by voluntary contributions from UN Member States. It also receives some funding from the Regular Budget of the United Nations, although this portion is used mostly for staffing costs.[iv] Given this dependency on donors for much of its funding, UNRWA is extremely vulnerable to domestic political changes and partisan considerations. While providing financial support to UNRWA is an important step for securing the interim well-being of Palestinian refugees, it is not a sustainable and permanent solution to the ongoing refugee crisis. Canada, which voted for the partition of historic Palestine in 1947, has a responsibility to substantively to the effort to find a long-term solution for Palestinian refugees. As the gavel-holder for the Refugee Working Group, which was established out of the 1991 Middle East Peace Process, Canada is uniquely placed to raise the international profile of the Palestinian refugee issue.

Liberal governments over the past few decades have consistently earmarked annual funds for UNRWA. Following years of outcry from human rights groups under Harper, the Trudeau government finally restored funding to UNRWA in 2016, announcing a $25 million-dollar commitment to the organization. This funding commitment has thus far been annually renewed.[v] As mentioned above, the US government recently cut all funding to UNRWA. Given that the US was providing approximately one-third of UNRWA’s annual budget, the agency was left scrambling for funds. Numerous countries pledged additional aid to the organization, but a massive funding gap remains. In October 2018, then-International Development Minister Marie-Claude Bibeau announced that Canada would provide $50 million over two years to UNRWA.[vi] However, it is not clear whether Bibeau is promising new funding, or simply providing an early announcement for the Liberal government’s recent annual donations of $25 million.

In July 2019, Al Jazeera published an internal report for UNRWA’s ethics office, which detailed alleged abuses of authority amongst the agency’s senior management team. The Liberal government released a statement expressing its concern over these allegations, but did not alter its funding obligations. This, despite intense criticism from the Conservative Party. [vii]

The Conservative Party has long sought to politicize the struggle of Palestinian refugees and make support for Palestinian human rights a partisan issue. In 2009, the Harper government began slowly chipping away at Canadian funding commitments to UNRWA. By 2012, the Conservative government had cancelled all funding to UNRWA, arguing that the organization had links to Hamas.[viii] In 2016, the Liberal government announced that it would restore funding to UNRWA. This decision was met with severe criticism by the Conservative Party. Then-Foreign Affairs Critic Peter Kent reacted with “horror,” falsely claiming that there exists ample proof of UNRWA funding being redirected to Hamas. [ix] Similar rhetoric has also been used by Conservative Party leader Andrew Scheer. In July 2019, Scheer said that a Conservative government would immediately withdraw Canadian funding from UNRWA.[x] Scheer elaborated on this point, repeating Harper-era accusations against UNRWA. He suggested that the organization had formal ties to Hamas, that it routinely used anti-Semitic rhetoric, and that it mismanaged funds. Scheer also pointed out that the Harper government was able to deliver some aid to Palestinians, while circumventing UNRWA.[xi]

The NDP, under both Thomas Mulcair and Jagmeet Singh, has remained firm in its commitment to ensure the Canadian government provides critical financial assistance to Palestinian refugees.

Shortly after the Harper government’s cancellation of funds to UNRWA, NDP MPs began calling for this funding to be reinstated. Following Trudeau’s election in 2015, the NDP turned its attention to the Liberals, and issued several statements urging them to restore aid to Palestinian refugees. When the Conservatives criticized the Liberal government’s renewal of funding to UNRWA, the NDP denounced their claims that UNRWA was propagating terror. NDP Foreign Affairs Critic Hélène Laverdière even issued a statement arguing that support for schools would keep young Palestinians off the streets and reduce the likelihood of their recruitment by militant groups.[xii] When President Trump announced that the US would no longer provide funding to UNRWA, Hélène Laverdière once again spoke out, calling on the Liberals to increase their assistance to UNRWA.[xiii]

As proactive as Lavardière has been, NDP leader Jagmeet Singh has remained completely silent on the UNRWA file.

In addition to the NDP’s continued support for aid to Palestinian refugees, the NDP has also been quite vocal in its condemnation of Israel’s human rights abuses. This demonstrates that they understand the need for financial support of refugees to be coupled with political support for Palestinian rights.

CJPME was unable to find any statement pertaining to UNRWA or Palestinian refugees.

CJPME was unable to find any statement pertaining to UNRWA or Palestinian refugees.