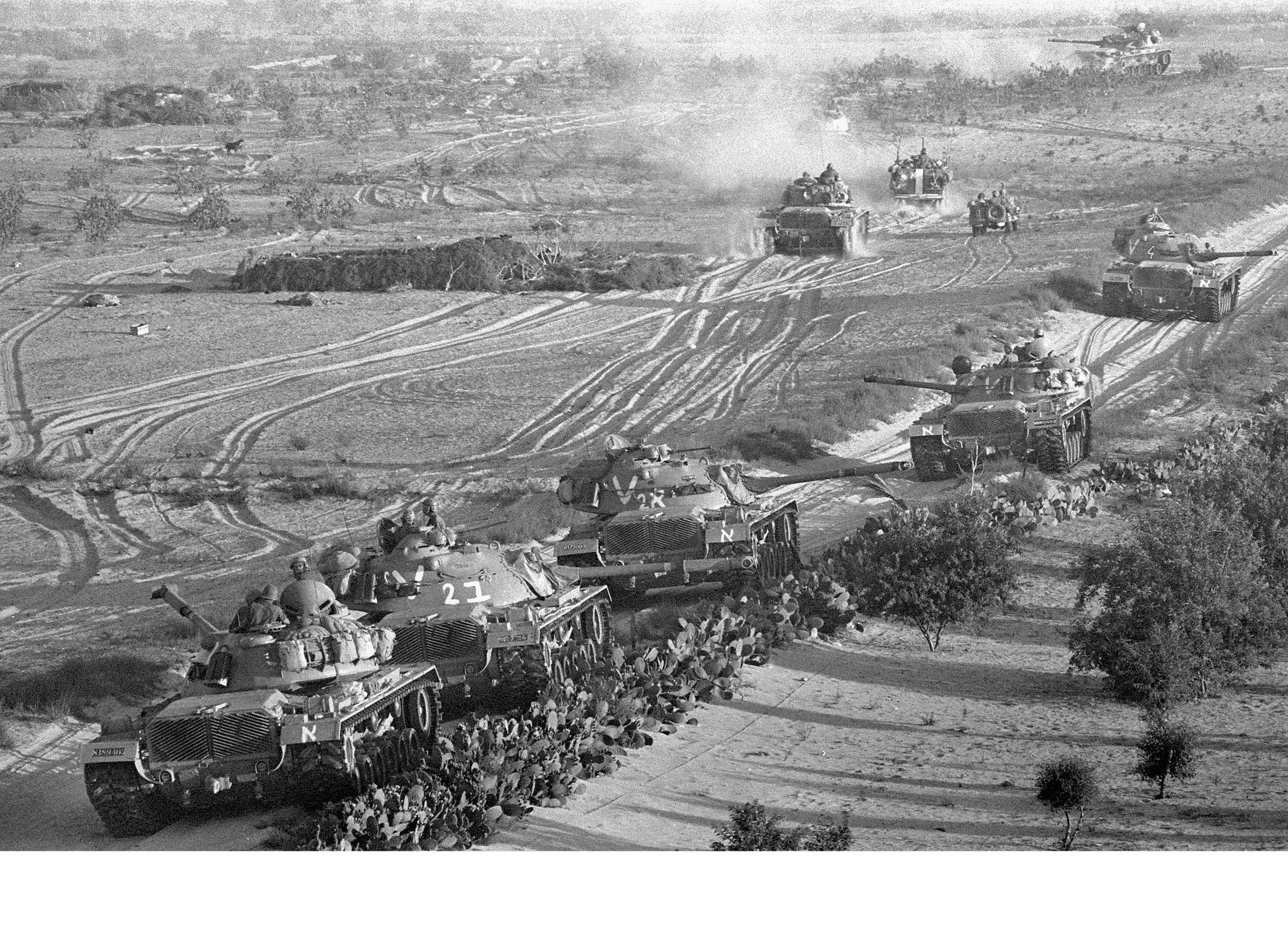 CJPME is pleased to publish the next of a 13 part election series analyzing the positions of Canada’s political parties. CJPME hopes that, by revealing what parties have said and done on key Middle East issues, Canadians will be better informed voters in the upcoming elections. Our next analysis studies each party’s position on the Resolution of the Israel-Palestine Conflict.

While all of Canada’s major political parties explicitly support a two-state solution in Palestine-Israel, some parties are more vocal than others in their support of a just and comprehensive conclusion to the conflict. The Green Party received the highest mark on this evaluation, given its relatively consistent condemnation of Israel’s occupation of the Palestinian territories, and its willingness to propose pressure tactics against Israel. The Bloc Québécois (BQ), has also tried to use its limited influence in the House of Commons to push this issue. In the absence of a long-term solution, the NDP continues to call out Israel’s violations of international law. While the Liberals repeatedly express their support for a two-state solution, they have rarely expressed any support for Palestinian human rights, even voting with Israel against resolutions based in international law at the UN. Likewise, the Conservative Party has largely refused to criticize Israel or value Palestinian human rights as much as it values Israel’s “security.”

CJPME looked at each party’s statements relating to their 1) urgency for a solution to the Israel-Palestine conflict; and, 2) support for Palestinian self-determination. Furthermore, the parties’ statements were judged on their adherence to international law. It should be noted that CJPME itself does not take a position on the viability of a two-state solution.

In July 2013, US-sponsored talks between Israeli and Palestinian representatives resumed after a four-year hiatus. The preconditions for the talks included a settlement freeze and a prisoner release by Israel, in exchange for the Palestinians’ assurance that they would hold off on pursuing membership at the UN. The meetings began in the summer of 2013, and sought to discuss a number of issues: land, borders, “settlements,” the future of Jerusalem, refugees, and security.

Less than a year later, in April 2014, Israel announced its withdrawal from the talks. In the intervening years, the list of problems preventing future talks has only grown. Therefore, the best way for Canada to encourage a just solution to the conflict is to take positions firmly grounded in international law on the following issues:

Settlement expansion: The single most significant factor preventing progress is Israel’s intensification of “settlement” construction in the occupied Palestinian territories (OPT). Israel has installed over 600,000 colonists in the West Bank (including East Jerusalem) in direct violation of article 49(6) of the Fourth Geneva Convention.  So Israel’s settlement enterprise violates international law and breaches one of the preconditions set by the Palestinians for peace talks. The continued expansion of these illegal settlements also makes a contiguous Palestinian state virtually impossible.

Jerusalem: The international consensus is that Jerusalem’s status should only be decided as part of a final peace negotiation. Any unilateral action recognizing Jerusalem as the capital of Israel or Palestine simply undermines the peace process, shows prejudice, removes incentives to negotiate, and makes it harder to restart peace talks.

Israeli military violence against Palestinians: During the peace talks in 2013, the Israeli military killed 61 Palestinians, injured another 1,100, and detained nearly 4000.[1] During the Great March of Return protests that erupted in March of 2018, Israel used an even greater degree of violence against Palestinians. Over 150 Palestinians in Gaza were killed and 10,000 injured within 6 months during the March.[2] Israel’s indiscriminate and disproportionate use of violence, combined with the international community’s silence vis-à-vis this violence, has made Palestinians skeptical of the utility of peace talks.

Support for justice and peace at the UN: Canada has voted against Palestinian membership at the UN on numerous occasions. Moreover, under the Harper and Trudeau governments, Canada has repeatedly marginalized itself at the UN by voting alongside a small minority of US client states, instead of voting in accordance with international law. For example, year after year, Canada has been voting against UN resolutions calling for a peaceful end to the conflict, respect for international law, and assistance to Palestinian refugees. Changing this voting pattern at the UN would be one of the best ways for Canada to demonstrate its support for a principled and peaceful solution to the conflict.

The Trudeau government’s position has been passive in a manner that bolsters an anti-Palestinian status quo. Prior to his election, Trudeau appeared to be more supportive of a just solution than the Harper government. However, supportive statements have dwindled and there has been no action on the issue. The Trudeau government’s unprincipled voting pattern at the UN does not indicate that a just peace in Israel-Palestine is a priority for the Liberals.

In December 2017, the Trump administration announced its decision to move the U.S. embassy from Tel Aviv to Jerusalem, bucking international convention. In response, Trudeau made it clear that Canada’s embassy in Israel would remain in Tel Aviv. Foreign Affairs Minister Chrystia Freeland reiterated this position, reaffirming Canada’s long held position that the status of Jerusalem could only be resolved through peace negotiations.[3] Despite all of these principled statements, Canada went on to abstain from the UN vote condemning the US’ unilateral move.[4]

Liberal statements on other issues related to Palestine-Israel have been equally lackluster. During the 2018 Great March of Return protests in Gaza, Chrystia Freeland expressed concern, tweeting: “It is inexcusable that civilians, journalists + children have been victims”.[5] She did not lay blame on either side, despite evidence of Israel’s disproportionate use of violence: over 150 Palestinians were killed (including civilians), while only one Israeli soldier died in an unrelated incident during that same period. This unwillingness to recognize the asymmetrical nature of the conflict represents an obstacle to the peace process, as disproportionate violence of any kind can discourage openness to further talks.

Trudeau himself was a bit more forceful with his words, and even called for an independent investigation after Tarek Loubani, a Canadian doctor, was injured in the protests. Trudeau said, “Reported use of excessive force and live ammunition is inexcusable. It is imperative we establish the facts of what is happening in Gaza. Canada calls for an immediate independent investigation”[6]. He then addressed the two-state solution directly, saying that a two-state solution “that is mutually agreed by both" Israel and Palestine was the way to put an end to the violence.[7] However, his words ring hollow as the Liberal government has not taken any action toward facilitating a two-state solution.

The best example of Trudeau’s support for the status quo is Canada’s voting record at the UN. Unlike most of his Liberal predecessors, Trudeau has maintained Harper’s voting patterns, voting in lockstep with the US against any resolution that criticizes Israel.[8], [9],[10] The Trudeau government has also voted against resolutions supporting Palestinians’ right to self-determination.

In 2018, Andrew Scheer pledged to recognize Jerusalem as the capital of Israel if elected in 2019.[11] While Jerusalem and Tel Aviv are barely an hour apart, this move would be highly symbolic. The long-held international consensus is that Jerusalem’s status can only be resolved through a comprehensive peace deal in which both sides agree to its status. The Conservatives’ willingness to move the Canadian embassy to Jerusalem demonstrates their desire to bypass key steps in the peace process, and their lack of concern about international law.

Following Trudeau’s condemnation of Israeli killings of Palestinian protestors in Gaza during the summer of 2018, Conservative MP Garnett Genuis tried to pass a motion to “condemn statements by governments which imply Israeli responsibility for the violence on Israel’s border and statements which imply the inadequacy of Israel’s capacity for self-assessment.”[12] The Conservative Party has actively sought to quash criticism of Israel and minimize Israel’s i abuses against Palestinian civilians.[13] While it claims to support a two-state solution, the party’s statements and promises paint a very different picture.

It is fair to say that the NDP has been generally supportive of a just solution in Palestine-Israel over the past several elections. The NDP’s 2018 policy stated: “New Democrats believe in working with partners for peace in Israel and Palestine, respecting UN resolutions and international law, supporting peaceful co-existence in viable, independent states with agreed-upon borders, an end to Israeli occupation of Palestinian land, and an end to violence targeting civilians.”[14] This position is nominally stronger than the stance taken in both their 2011 platform and their 2015 platform.

In 2018, internal party politics led to division over the “Palestine resolution” – a resolution that proposed banning Israeli settlement products from Canada in order to end the occupation and precipitate a just resolution to the conflict. During the convention, individual NDP leaders came out with strong statements supporting an end to the conflict and respect for international law.[15]

Speaking on Israel-Palestine, NDP MP Niki Ashton stated that “one must speak out in the face of injustice,” and that Canada must “return to its traditional role, supporting a balanced position and just peace in the Middle East.”[16] MP Alexandre Boulerice has also been vocal on this issue, criticizing the Liberal government on multiple occasions for its failure to condemn Israel’s human rights abuses.[17] Moreover, former Foreign Affairs Critic Hélène Laverdière has repeatedly written Minister Freeland to critique the Liberal government’s enduring silence on Israeli human rights abuses.[18] Overall, the party has been more consistently supportive of a resolution rooted in international law than the Conservatives or Liberals.

In 2017, the Bloc Québécois sponsored a resolution calling for the recognition of an independent State of Palestine.  Martine Ouellet, then-leader of the BQ, said, “There are already 136 countries out of the 193 at the UN that recognize the state of Palestine and if we want to restart the peace process, there must be even more countries that recognize it.[19] Mario Beaulieu, a BQ MP, condemned inaction on the issue, saying, “If we let the situation rot like that, I think we let terrorism develop… sometimes you have to stand up for peace."[20]

The Green Party platform, Vision Green, outlines the party’s support for a resolution of the Israel-Palestine conflict that addresses the security, economic, and religious concerns of both sides. [21] The document enshrines Green support for UN resolutions calling for an end to the conflict, the end of violence against civilians, and the negotiation of a peaceful solution. [22] The party also passed an addendum during its 2016 Convention that makes their Israel-Palestine policy more explicit. The policy calls on the government to take non-violent action in the absence of peace negotiations, including: proper labelling of products produced in the oPt, exclusion of those products from CIFTA, and government divestment from activities that profit from the occupation, among other measures.[23]

Finally, Elizabeth May herself has occasionally urged action on a negotiated solution following her trip to Israel and the West Bank. While there, she says she witnessed the inequality faced by the residents of the OPT and condemned the “project” of colonialism that underpins Israel’s settlement enterprise. She also decried the “military dictatorship that governs every single waking and sleeping moment of Palestinians” living in the OPT.[24]

[8] “What’s behind the Trudeau Government’s New Phrasing that Canada is “A friend to Israel and a friend to the Palestinian People? Accessed 27 Feb. 2019. https://canadatalksisraelpalestine.ca/2018/06/05/whats-behind-the-trudeau-governments-new-phrasing-that-canada-is-a-friend-of-israel-and-a-friend-of-the-palestinian-people/

[23] “Measures to pressure the government of Israel to preserve the two-state solution:addendum to current Middle East policy. Accessed 8 Mar. 2019. https://www.greenparty.ca/en/sgm-2016/voting/resolutions/s16-p013