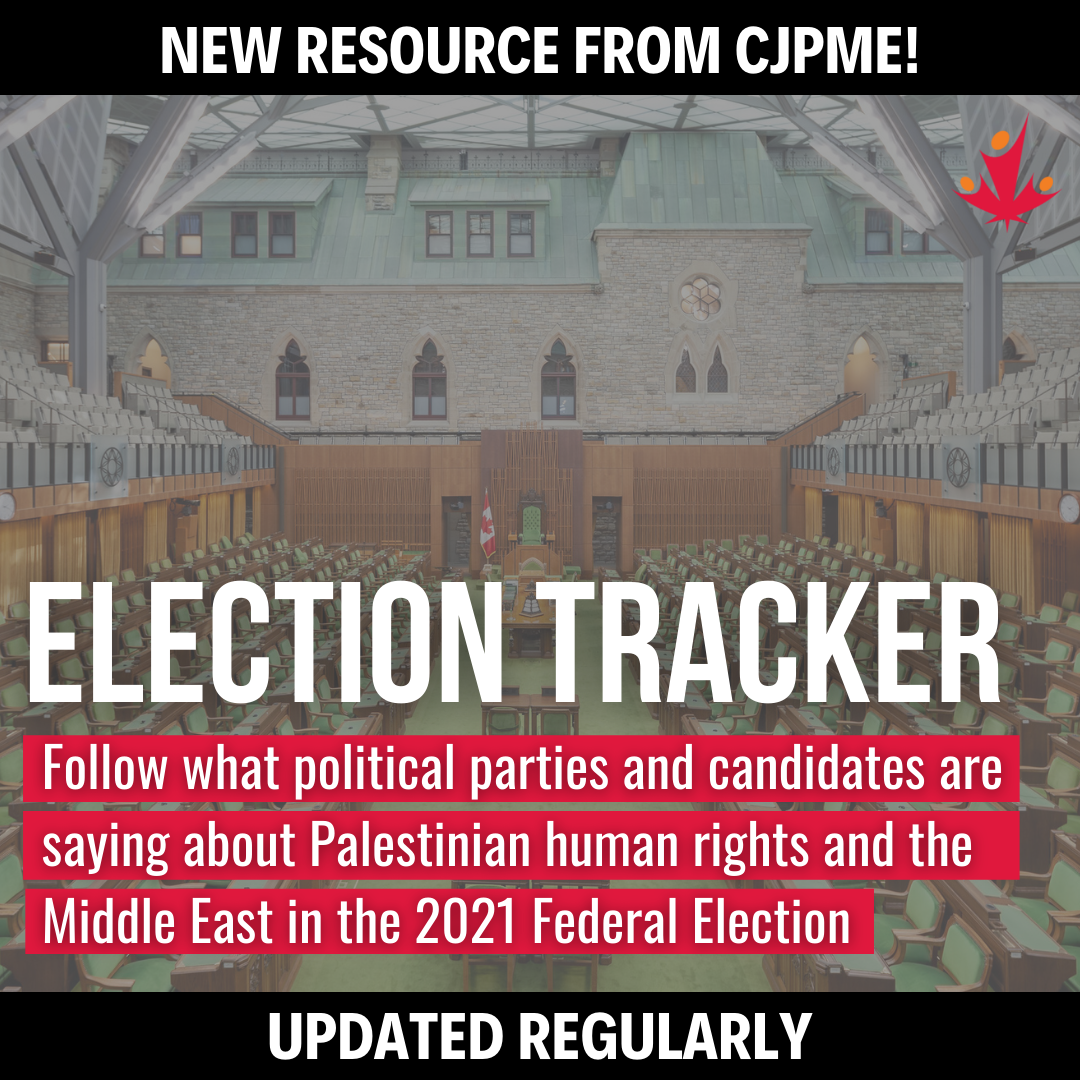 How are Canadian politicians debating Palestinian human rights and the Middle East in the 2021 Federal Election? CJPME's Election Tracker will follow what political parties and candidates are saying about the issues, updated regularly as events unfold. The date for the election is September 20, 2021.

Let us know if we've missed something! Send us an email at [email protected]

In this Election Tracker:

See other election resources from CJPME:

This section will be updated as the parties continue to unveil their platforms. This section will include platform promises that are relevant to the Middle East. Note: platform points are reproduced here largely verbatim and without analysis.

Questionnaire from the BDS Coalition:

Note: B'nai Brith Canada has not published the full responses from the parties, but has summarized what the parties have told them. How the responses were interpreted and summarized might not accurately reflect the original answers.