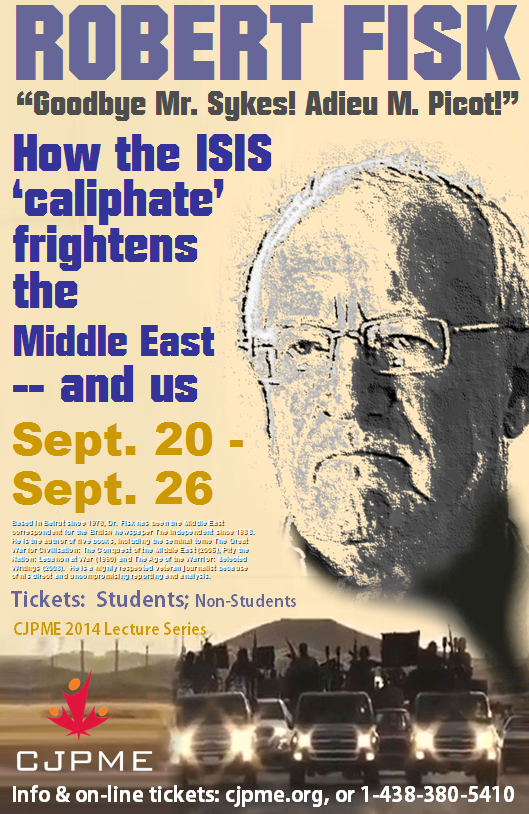 ‘Goodbye, Mr Sykes! Adieu, M. Picot!’ How the ISIS ‘caliphate’ frightens the Middle East – and us

At a time of unprecedented turmoil in the Middle East, CJPME is pleased to announce a lecture in Toronto, Thursday, Sept. 24 by veteran foreign correspondent and author Robert Fisk. Fisk’s lectures will be entitled “‘Goodbye, Mr Sykes! Adieu, M. Picot!’ How the ISIS ‘caliphate’ frightens the Middle East – and us.” Join us, as Fisk talks about how the Syrian civil war – especially the rise of the so-called “Islamic State” – has destabilized the existing order in the Middle East.

Fisk's address will be followed by a Q&A period.

This event is co-sponsored with the U. of Toronto Dept. of Near & Middle East Civilisations.

Advance on-line sales are now closed. Tickets will be available at door, cash only.