CJPME Factsheet 2, published March, 2004  provides an overview of the establishment of the state of Israel and the ways it institutionally denies Palestinians equal rights. 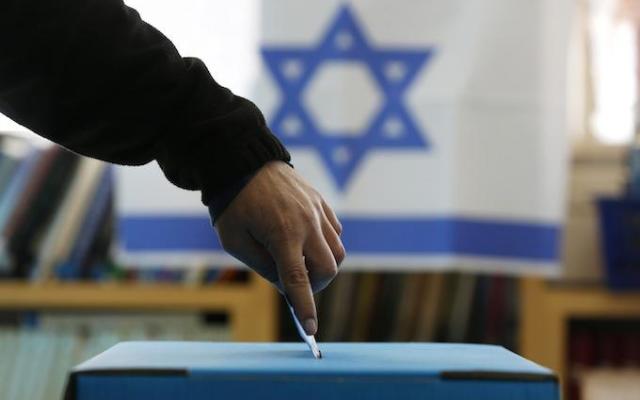 Factsheet Series No. 2, created: March 2004, Canadians for Justice and Peace in the Middle East
View factsheet in PDF format

de�moc�ra�cy  [fr. Gk dēmokratia, fr. dēmos people + kratos strength, power]  1 : government by the people; esp : rule of the majority  2 : a government in which the supreme power is held by the people  3 : a political unit that has a democratic government  4 : the common people esp. when constituting the source of political authority  5 : the absence of hereditary or arbitrary class distinctions or privileges

Democracy specifies a process, not an outcome.  Democracy in the US permitted legal slavery for close to 100 years, and racist segregation for another 100 years.  The tyranny of the majority can use democratic trappings to create discriminatory laws and practices.  “Democracy” in Israel grants citizenship to an individual (in the majority demographic) who had never before set foot in the Middle East, while denying it to an individual (from the minority demographic) who was born in Jerusalem.  In reality, it’s not the political system which guarantees a just and equitable society, but the resulting laws and institutions, and the implementation and application of these laws.

Israel’s Declaration of Independence (1948) declares Israel as a “Jewish state.” Further, section 1A of the Basic Law: Human Dignity and Freedom (1992) anchors “the values of the State of Israel as a Jewish and democratic state.”  Insofar as Israel declares itself Jewish, it compromises the extent to which it can be democratic.  There is no Israeli Basic Law which explicitly protects equality for all citizens.  In fact, Israeli society imposes a vast array of “hereditary and arbitrary class distinctions.” (definition 5 above)

Israel does not have a constitution.  Democracy is form of government which vests power in the people.  Typically, a country’s constitution specifies the mechanism by which power is guaranteed to remain with the people.  55 years after its creation, Israel only has an incomplete set of “Basic Laws,” and no guarantee of equality under the law for all citizens.

Denial of Residency and Citizenship Rights to Palestinians

For a state to claim a Democratic form of government – and derive its power from the “people” – it must have an established geographic area, recognized by other nations, providing an absolute determination of citizenry.  Israel has no internationally accepted borders other than those provided to it by UN Resolution 181.  Israel rejects citizenship rights to hundreds of thousands of Palestinians born within these borders, and extends citizenship to Jewish colonizers living in de facto annexed territory outside these borders.

The UN Universal Declaration of Human Rights, Article 13 states, “Everyone has the right to leave any country, including his own, and to return to his country.”  The UN International Covenant on Civil and Political Rights, Article 12.4 states, “No one shall be arbitrarily deprived of the right to enter his own country.”  The UN Human Rights Committee confirms that the above international law applies to disputed territories, or territories that have changed hands.

A Nation of Unequal Citizens

Unequal Citizenship Rights and Rights to Return.  The Law of Return (1950) and the Citizenship/Nationality Law (1952) allow Jews to freely immigrate to Israel and gain citizenship, but exclude Arabs who were forced to flee their homes in 1947/1948 and in 1967.

Limits on Political Participation.  It is true that Palestinians in Israel can vote and run for public office.  However, the Law of Political Parties (1992) excludes political participation by those candidates who promote “denial of the existence of the State of Israel as the state of the Jewish people.”  Thus, under this law, a party which challenges the Jewish character of the state, and calls for full and complete equality between Jews and Arabs in the state, can be disqualified.

Inequitable Management of National Resources.  Several “quasi-governmental bodies” provide governmental functions but aim to benefit Jews only.  For example, the World Zionist Organization - Jewish Agency Law has the unique authorization to plan and develop new settlements.  Since 1948, not a single new Palestinian Arab village has been built, while hundreds of Jewish villages have been established.  Today, there is still no body capable of establishing new Palestinian Arab villages.

Biased Allocation of Governmental Benefits.  Many government preferences and benefits in Israel are conditioned on performing military service.  Asking Palestinian Arabs to serve in the Israeli military would be like asking South African blacks to serve in the South African police force under Apartheid.  In this way, loan benefits, tuition benefits, public employment benefits, housing and other benefits are selectively allocated to the Jewish population.  Moreover, Jewish Yeshiva students, who, like Arab citizens do not serve in the military, are granted the benefits anyway, a policy which has been upheld by the Israeli courts.

Mechanisms to Confiscate Arab-owned Land.  Palestinian Arab land in Israel is expropriated by a total of 36 different laws and regulations.  For example, the Absentees’ Property Law (1950) confiscated land owned by Arab refugees from 1948, whether present within the Israeli state or not.  Other laws used various other mechanisms to take possession of Arab-owned land within the Green Line: Defense Emergency Regulation (1948) (to designate closed areas); Cultivators Ordinance Law (1953).

Bias in National Planning and House Demolitions.  The Israeli government favours Jewish towns by declaring them areas of national priority, and granting them generous development budgets.  In contrast, the national government delays approval, overrides, or rejects the development plans of Arab communities.  When, out of frustration and uncertainty, houses are built outside the planning framework, or without the appropriate permits, Arab violations are treated much more severely than Jewish infractions.  A 1996 report indicated that although Arab construction accounted for 57% of unlicensed building, it accounted for 90% of all house demolitions.

Bias in Zoning and Infrastructure Services.  In 1965, the National Planning and Building Law retroactively re-zoned lands on which over 100 Arab villages sat as “non-residential.”  As a result, despite the existence of these villages prior to the establishment of Israel, they were denied – and continue to be denied – any official status.  These villages receive no government services (e.g. water, electricity, etc.) and live under the constant threat of demolition.