CJPME Factsheet 6, published July, 2004: This Factsheet provides background on the politically charged terminology used when discussing Israel-Palestine from words CJPME suggest you use to the terms used by Israeli apologists to change the narrative. 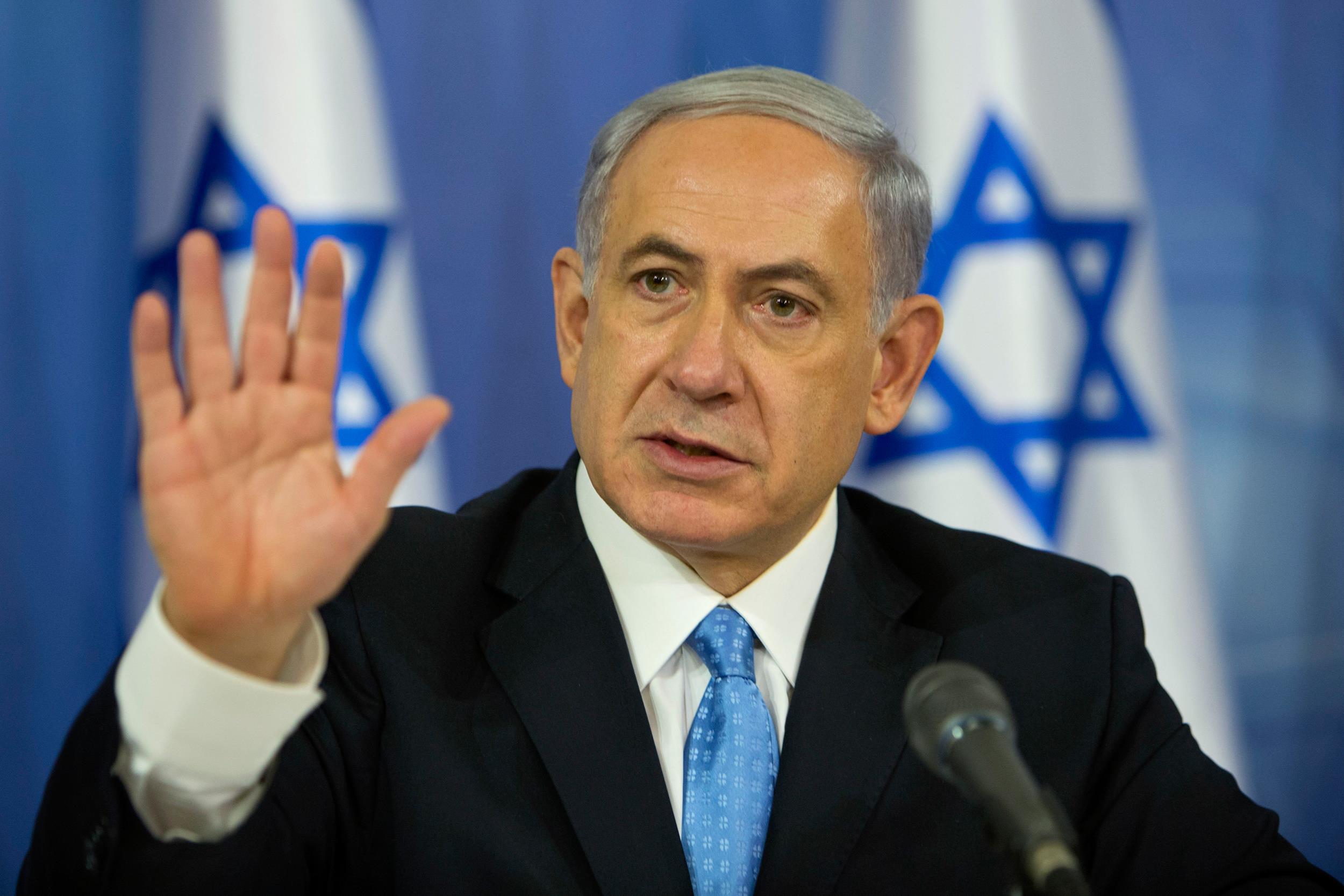 Terminology in the Middle East Conflict

Factsheet Series No. 6, created: July 2004, Canadians for Justice and Peace in the Middle East
View factsheet in PDF format

As each side of the Mid-East debate tries to influence perceptions of the conflict, the terms used in the debate become very important.  It is important that supporters of Palestine promote the appropriate use of terms, and also understand the subtleties of the terminology that Israeli apologists will use.

Israel is extremely sensitive to the use of the term “occupation” when referring to lands that it occupied following the 1967 war.  There are several undeniable reasons that “occupied” is the correct term:

2) UN Security Council Resolution 242 emphasized the “inadmissibility of the acquisition of territory by war,” and required the “Withdrawal of Israel armed forces from territories occupied in the [1967] conflict.”  Since the passing of this resolution (1967), Israel has continuously occupied the OPT;

Apologists for Israel are trying to push the term “DisputedTerritory” because it puts Israel’s claim to the land on par with Palestine’s, as if they’re just two competing assertions.  Some of the arguments used are:

1) Israel did not oust a pre-existing sovereign from the territory, so it was never “occupied”;

2) Resolution 242 did not explicitly state that Israel leave “all the territories”;

3) Israel should be able to keep lands acquired in what it claims were “defensive” wars;

4) With the partial implementation of Oslo, Israel is no longer in “occupation.”

Israel wants to use any term other than “wall” to describe the Wall that is snaking across the West Bank in order to play down the imagined impacts.  Here are some good reasons why it’s a Wall:

1) About 10 percent of the completed portions of the Wall are a concrete wall, 8 m. (25 feet) high.  The other portions of the Wall are constructed of 3 m. (9 feet) electrified chain-link fencing, sniper towers, triple coils of barbed wire, two- to four-meter-deep trenches, parallel roads for patrol vehicles, electronic ground/wall sensors, and thermal imaging and video cameras.

2) The 8 m. sections constructed so far are in Palestinian urban areas (e.g. Tulkarem, Qalqilya, Abu Dis)  Thus, for the majority of Palestinians, the Wall they see is an 8 m. high concrete structure;

3) In all it’s forms, it is an uninterrupted, impassable barrier that will be 4-5 time the length of the Berlin Wall.  Did you ever hear of the “Berlin Fence,” or the “Great Fence of China”?

By using the term “settlement,” apologists for Israel conjure up images of a wild frontier, tamed through the hard work and perseverance of Israeli pioneers.  On the contrary, these colonies are usually established on fertile, agricultural land confiscated from Palestinians.  Or again, they may be rich suburbs of Jerusalem, monopolizing municipal services from impoverished Palestinian ghettos and villages, whose land they have confiscated.  Many colonies are occupied by Israelis looking for government-subsidized housing.  Partially or fully applicable elements of colonialism are listed below:

1) Colonial powers are motivated and driven by material profits to the mother country;

2) Conquest of colonies is accomplished by military force;

4) Undesirable or surplus indigenous populations are exported or expulsed to other territories.

The Palestinians – a People and a Nation

There are several reasons why apologists for Israel prefer to talk about “Arabs” rather than Palestinians.

1) By ignoring the individual identities of the peoples in the Middle East, it is possible to dehumanize them, creating the impression of a faceless but hostile mass.

2) By speaking of Palestinians as “Arabs” – suggesting vague and vast territorial associations – these apologists seek to undermine the specific ties of the Palestinians to a specific land.

3) By lumping all Middle East peoples into a single group, these apologists seek to bias the geographic claims of Israel.  E.g. As per www.worldnetdaily.com, “[The Arabs] have 22 states of their own…  The Arabs, with land totalling 100 times the size of Israel, need more land for Arabs.”

There are several reasons why the identity of the peoples across the Middle East – and specifically Palestine – has undergone great evolution over the past five decades.

1) Most Middle Eastern peoples lived under centuries of foreign control – whether Ottoman, British, or French – and did not have the luxury of evolving organic regional identities.  Natural regional affinities were ignored when the area was divided for colonial rule, and later for independent states.

2) In the century prior to 1948, Palestinians identified first with their local communities.  Second, they identified with the realities of their patterns of commerce – i.e. the “Fertile Crescent,” or a Greater Syria.  Finally, Palestinians inevitably had to identify with the reality of the present administrative authority, whether Ottoman, British or French.

3) Following independence, as nations and peoples grappled with artificial concepts of nationhood, “pan-Arab” movements were suggested and tried.  Ultimately however, through the 20th century, identities in the Middle East strengthened around the nation states left by the colonial powers.

4) As the national identities of Jordan, Syria, Lebanon and Egypt strengthened, Palestinians realized they were “on their own” with respect to self-determination.  This self realization led to the first largely non-violent intifada, which generated broad world support for their aspirations as a people.

There are several other terms, and usage which should be watched carefully:

Anti-Zionist and Anti-Semitic are Different.  Anti-Zionist rejects the assertion that a single group of people, by right of ethnicity or religion, has title to the “land of Zion” (i.e. historic Palestine.)  In fact, many Jews in the world are anti-Zionist.  The two terms above should not be used in the same sentence.

Palestine was never “A land without a People.”  In order to encourage Jews to emigrate, and to minimize international debate, early Israeli propaganda proclaimed historic Palestine as “a land without a people, for a people without a land.”  The 1878 Ottoman census for the districts of Jerusalem, Nablus, and Acre reveal that historic Palestine held 403,795 Muslims, 43,659 Christians, and 15,011 Jews at that time.  And Mark Twain, oft quoted for saying in 1867 that nobody lived in Palestine, found enough of them to claim that Palestinians were “abject beggars by nature, instinct, and education.”

“Extra-Judicial Assassinations,” not “Targeted Killings.”  Israel assassinates “alleged” militants, without bothering to pursue due legal process.  Usually, other Palestinians die as well as the “target.”

“Terrorism” and “Responses”/”Retaliations.”  Israel will subjectively describe any number of excessive or provocative actions (invasions, assassinations, etc.) as a “response” to a Palestinian action, when it’s simply another affront to the humanity of the Palestinians.  And while neither side is innocent, Israel’s terrorism (through air and tank attacks, house demolitions, raids, sniper shootings, mass detainment, etc.) is strategically planned and sponsored by the Israeli government.