CJPME Factsheet 8, published April, 2005: This Factsheet provides background information on the right of Palestinian Refugees to return to their homeland--a right Palestinians have based on International Law that is has been off the table in Peace talks between Palestinians and Israelis--and explains why this denies Palestinians their basic human rights. 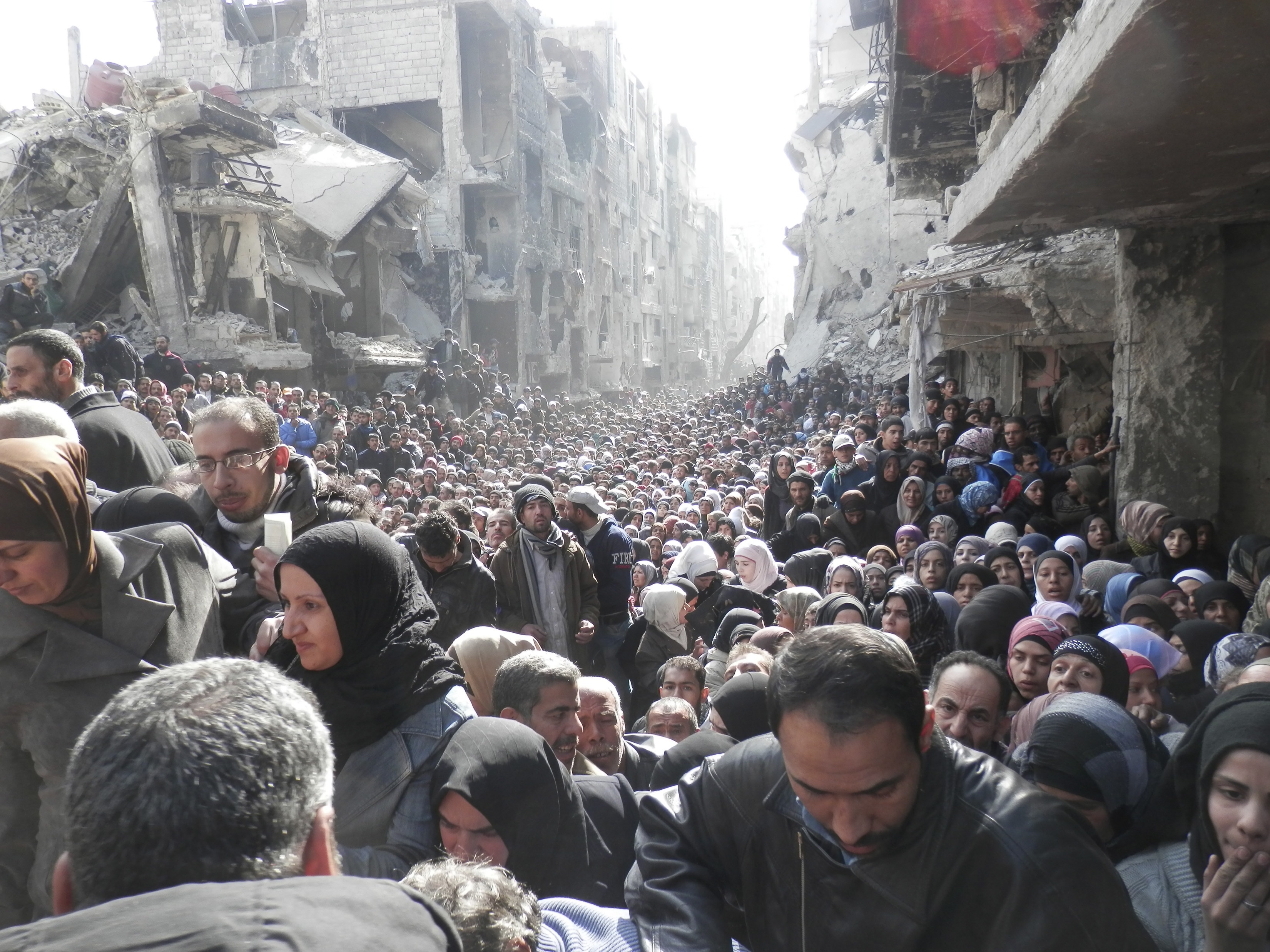 The "Right of Return" for Palestinians

Factsheet Series No. 8, created: April, 2005, Canadians for Justice and Peace in the Middle East
View factsheet in PDF format

Why are there Palestinians Refugees?

The United Nations approved the partition of Palestine in 1947, and the State of Israel was declared in May, 1948.  The creation of the state of Israel caused a mass exodus of Palestinians from Israeli-controlled areas – the UN estimated that 957,000 Palestinians became refugees.  When the Armistice (cease fire) was finalized after the fighting in 1948, Palestinian refugees had been dispersed to a number of different places:

The International Obligation toward Palestinian Refugees

“[The UN] Resolves that the refugees wishing to return to their homes and live at peace with their neighbours should be permitted to do so at the earliest practicable date, and that compensation should be paid for the property of those choosing not to return and for loss of or damage to property which, under principles of international law or in equity, should be made good by the Governments or authorities responsible.”

Resolution 194 identified three distinct rights that the Palestinian refugees were entitled to exercise under international law: return, restitution and compensation. It affirmed that the refugees choosing not to exercise their right of return were entitled to be resettled and receive compensation for their losses. It also instructed the UN Conciliation Commission for Palestine (UNCCP) to facilitate implementation of all solutions to the plight of the refugees: repatriation, resettlement, compensation, and economic and social rehabilitation.

Resolution 194 clearly identified the place to which the refugees are entitled to return: to their homes, not the areas from which they came; .it affirmed that return must be guided by the individual choice of each refugee; it identified the timeframe for the return of the refugees: at the earliest practicable date. It also imposed an obligation on Israel to re-admit the refugees.  It was drafted to apply to all refugees in Palestine. The GA has reaffirmed UN Resolution 194 every single year since 1948.  Israel’s admission to the UN was conditional upon Resolution 194, meaning the GA considered Israel to be fully bound to ensure full implementation of the Palestinian refugees’ Right of Return.

The “Right of Return” applies to people who have been deliberately barred from returning to their homes (place of last habitual residence), as well as persons who have been forcibly expelled (on a mass scale, in groups or individually) from their homes.

Any Israeli government policy that blocks the voluntary return of displaced persons is strictly prohibited.  The Right of return is anchored in 4 separate sets of International Law: Law of Nationality (State Succession), Humanitarian Law, Human Rights Law and Refugee Law.

Law of Nationality and the Right of Return

The Law of State Succession and the Right of Return.  When territory undergoes a change of sovereignty, the law of state succession requires that habitual inhabitants of the geographical territory coming under new sovereignty be offered nationality by the new state. Furthermore, this rule applies regardless of whether the habitual residents of the territory so affected are actually physically present in the territory undergoing the change of sovereignty on the actual date of the change or not. This rule represents a customary norm of international law and is binding upon all states.   (Article 14 of the Articles on Nationality of Natural Persons in Relation to the Succession of States (ANNPRSS.))

Israel has violated other articles of the ANNPRSS by drafting its 1952 Nationality Law for “non-Jews” in such a way as to effectively denationalize Palestinian refugees, while allowing Jews from anywhere in the world to acquire “nationality” status through the much more generous terms of Israel’s Law of Return for Jews.  In addition, Israel failed to allow Palestinian refugees to re-enter Israel – the new sovereign over their former home – thereby denying them the basic opportunity to be heard in a court of law to challenge the legality – particularly under international law – of Israel’s 1952 Nationality Law.

Humanitarian Law and the Right of Return.  The Hague Regulations (Article 43) and the Geneva Conventions (Article 4, Article 6(4) and Article 158(3)) stipulate that a belligerent occupant – in this case, Israel – must let the population continue its normal existence with a minimum of interference. This would logically include a requirement that the local population be permitted to remain in, or return to, their place of origin following the cessation of hostilities.

Human Rights Law and the Right of Return.  The right of return is a customary norm of international human rights law and is found in a vast array of international and regional human rights treaties.  The Universal Declaration of Human Rights (UDHR), which the General Assembly adopted in 1948 one day prior to Resolution 194, is the foundation for the right of return in human rights law. Article 13(2) of the UDHR says: "Everyone has the right to leave any country, including his own, and to return to his country." Article 12(4) of the International Covenant on Civil and Political Rights (ICCPR) states: "No one shall be arbitrarily deprived of the right to enter his own country." Israel has signed and ratified the ICCPR.

Refugee Law and the Right of Return.  The primary instrument governing rights of refugees and states' obligation towards them is the 1951 Convention Relating to the Status of Refugees and its related 1967 Protocol.  The principle of refugees’ absolute right of return on a voluntary basis to their place of origin (including to their homes of origin) is central to the implementation of durable solutions designed by the international community to address refugee flows via: voluntary repatriation (i.e., return); voluntary host country integration; and voluntary resettlement.  The UN High Commission for Refugees (UNHCR) considers voluntary repatriation to be the most appropriate solution to refugee problems

Why is the Palestinian “Right of Return” such an Issue

Currently, it is estimated that there are over 5 million Palestinian refugees.  A refugee problem which lasts more than 50 years is the exception, not the norm.  Since the UN has successfully repatriated refugees in numerous other cases, one must question why the issue of Palestinian refugees remains unresolved:

It is also important to point out that, by putting the “Right of Return of Palestinian Refugees” on the bargaining table for peace, Israel and the US are asking for the Palestinians to sell off a legal right – a human right.  One must question the morality of such an approach in the Middle East peace process.

Much of the content of this factsheet extracted from BADIL.