CJPME Factsheet 15, published April, 2006: This Factsheet explains the implications of the cessation of Aid to Palestine from the Canadian Government.  It is important that Canadians understand 1) how such a position will impact Palestinians and 2) the damaging implications of this statement vis-à-vis Canadian policy and Canada’s role in the Middle East. 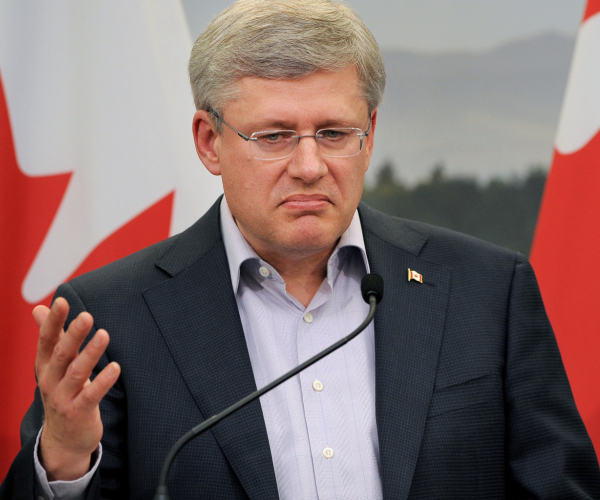 The Impact of Changes to Aid on Palestine

Factsheet Series No. 15, created: Aprik 2006, Canadians for Justice and Peace in the Middle East
View factsheet in PDF format

On March 29, 2006, two months after Palestinian elections gave Hamas majority representation in the Palestinian Legislative Council, Canada was the first Western country to declare cessation of aid to Palestine.  Foreign Affairs Minister Peter McKay issued a statement declaring, “Canada will have no contact with the members of the Hamas cabinet and is suspending assistance to the Palestinian Authority.”  The statement continued,  “Canada also makes an important distinction between assistance to the Palestinian Authority and to Palestinians. …Canada will continue to support and respond to the humanitarian needs of the Palestinian people.”  It is important that Canadians understand 1) how such a position will impact Palestinians and 2) the damaging implications of this statement vis-à-vis Canadian policy and Canada’s role in the Middle East.

How will cessation of Western aid impact Palestinians?

The Palestinian Authority (PA) has three sources of funding 1: 1) Clearance revenues transferred from Israel, estimated at $65 M (US) per month (Note: these revenues derive from the quasi-customs union between Israel and Palestine established through the Oslo Accords), 2) Budget support from the international community, estimated at $34 M per month, and 3) Domestic revenues, estimated at $35 M per month.

Since January, Israel has withheld the clearance revenues legally owed to the Palestinians under the Oslo Accords.  Similarly, since January, Israel has imposed harsh trade restrictions on the Palestinian territories (e.g. closure of the Karni and Erez border crossings in Gaza) – what the World Bank terms “trade and labour restrictions” – also legally untenable under the Economic Protocol of the Oslo Accords.  In a March 15, 2006 report 2, the World Bank estimated the combined impact of 1) suspension of clearance revenues, 2) trade and labour restrictions, and 3) cessation of international aid, as “the most deleterious scenario”:

“Real GDP per capita declines by 27 percent in 2006, and personal incomes (real GDI per capita) by 30 percent – a one-year contraction of economic activity equivalent to a deep depression. Under this scenario, unemployment hits 47 percent and poverty 74 percent by 2008. By 2008, the cumulative loss in real GDP per capita since 1999 [will have reached] reached 55 percent.”

Can Aid to the PA be redirected to UN Organizations and NGOs?

Minister McKay’s statement implies that a Canadian commitment to the humanitarian needs of the Palestinians will be fulfilled via a simple redirection of some money to UN organizations and NGOs.  Nevertheless, the PA provides a huge share of the humanitarian services provided in the occupied Palestinian territories. 3  OCHA points out that “International humanitarian agencies do not have the capacity to take over the running of PA services, even if the security situation allowed.”  The World Bank makes three crucial points concerning this simplistic “re-direction” proposal 4:

OCHA points out that the PA employs 11,000 in the health sector, and 39,000 in education, in addition to providing law enforcement services.  OCHA provides the following alarming predictions if the PA is unable to fund its budget 5:

How will Canadian aid programs to Palestinians be reworked?6 7

The Canadian International Development Agency (CIDA) states that its humanitarian aid was established in the context of the Oslo Accords, believing that equitable and sustainable development would strengthen the peace process.  Starting in late 2000, with increased tension in the region, CIDA oriented aid programming in Palestine around emergency needs.  Nevertheless, CIDA admits that delivery of services was increasingly difficult as Israeli closures, curfews and military operations hampered movement of people and goods.  Beginning in this period, CIDA points out that:

With the new Canadian government policy, CIDA admits that all Canadian aid to Palestine may be affected.  While information on particular projects and on overall budgets is not readily available to the public, it is already clear that:

Tragically, humanitarian aid projects suspended and not operationalized as of April, 2006 include:

As Canada and other Western governments withdraw aid commitments to the PA, other countries with questionable intentions step in to fill the gap.  In mid-April, Iran promised $50M (US) to the PA, a move which could lead to further destabilization in the region and tenser relations between the West and the Middle East

7  Canadian Aid Programs in the West Bank and Gaza: http://www.acdi-cida.gc.ca/cida_ind.nsf