CJPME Factsheet 42, published June 2008: As a general rule in international law, the threat and use of force is prohibited. That said, the right to self-defence in international law is established in Article 51 of the same document. This factsheet discusses Israel’s use and abuse of the “self-defence” argument through numerous principles and examples.

The Legal Right to Self-Defence

Factsheet Series No. 42, created: June 2008, Canadians for Justice and Peace in the Middle East
View factsheet in PDF format 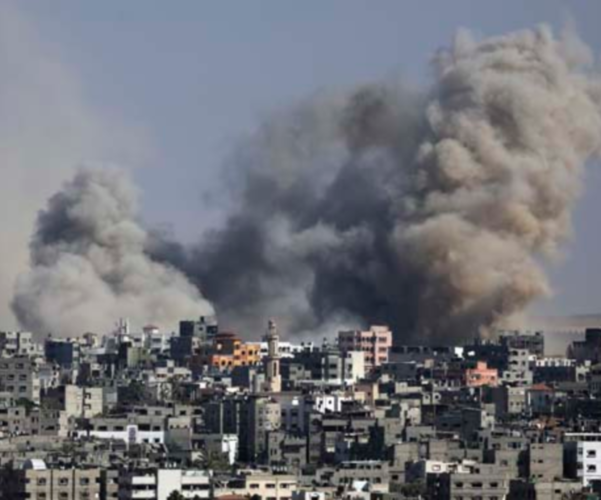 Where is the right to self-defence enshrined?

As a general rule in international law, the threat and use of force is prohibited.  This norm is established in Article 2 (4) of the UN Charter, which states, “All Members shall refrain in their international relations from the threat or use of force against the territorial integrity or political independence of any state…”  That said, the right to self-defence in international law is established in Article 51 of the same document, “Nothing in the present Charter shall impair the inherent right of individual or collective self-defense if an armed attack occurs against a Member of the United Nations, until the Security Council has taken measures necessary to maintain international peace and security…”  The prohibition against force under the UN Charter should not be underestimated.  In fact, in discussions during its drafting, there was clearly “a presumption against self-help and even action in self-defence within Article 51…” [1]  Israel’s use and abuse of the “self-defence” argument is discussed through numerous principles and examples below.

How do principles of necessity and proportionality apply to Israel?

Two principles of self-defence are long-standing, and have been repeatedly confirmed in legal history: those of necessity and proportionality. [2]  According to one long-standing definition, “the defensive action must be necessary to adequately defend the threatened interests; and… the necessary defensive action must be proportionate to the danger.” [3]  Necessity implies that the use of force in self-defence must be limited to the attainment of legitimate military objectives.  That is, the response in self-defence cannot be random in nature, or take the form of a reprisal.  Proportionality implies that the retaliatory impact and/or civilian cost to the use of force in self-defence must be considered.   The principle of proportionality intersects with other instruments of international humanitarian law (e.g. the Fourth Geneva Convention), providing for the protection of civilians during times of war.  As one legal expert expressed it, “It's always a subjective test, but if someone punches you in the nose, you don't burn their house down.” [4]

Israel has been repeatedly cited for violations of the principles of necessity and proportionality in the exercise of its right to self defence. [5]  Obvious recent examples include Israel’s siege behaviour toward Gaza through 2008 as a result of Qassam rocket attacks [6]; Israel’s behaviour in Gaza in 2006 following the capture of one of its soldiers, where Israel unleashed a military rampage on civilian infrastructure in Gaza [7]; and in Lebanon in 2006 where Israel inflicted over $4 billion in damage to civilian infrastructure following the capture of two of its soldiers. [8]  Yet such examples are legion in Israel’s application of “self defence”: Israel’s invasion of Lebanon in 1982 in response to the attempted assassination of its ambassador in London; Israel’s seven-day bombing campaign in Lebanon in 1993 following Hezbollah rocket attacks in northern Israel; etc.

No.  While Israel often tries to justify punitive attacks as “self-defence,” this is unjustifiable under international law.  The UN General Assembly has resolved that armed reprisals are illegal, and that states must not use force simply for revenge, punishment or general deterrence. [9]  Recent examples of Israeli reprisals masquerading as “self defence” include, inter alia, its destruction of Lebanon and bombardment of Gaza in 2006; and its siege of Gaza through 2008. [10]

In response to Israel’s attack, the UN Security Council unanimously passed Resolution 487 which cited the Charter interdiction of the “threat or use of force.”  Even the US Ambassador to the UN Security Council, Jeanne Kirkpatrick averred that Israel had violated the UN Charter, in particular because Israel had not sought peaceful alternatives before attacking.  Consequently, Resolution 487 actually helped solidify the understanding of Article 2(4) as a general prohibition on force.

Who can be legally targeted under self-defence?

When non-state actors launch attacks against Israel, Israel’s legal right to self-defence becomes unclear, as force can only be used against a state legally responsible for the armed attack. [12]  Israel’s attacks against Lebanon-proper in 2006 were indefensible under international law, as Lebanon was not responsible for Hezbollah’s attacks on Israel.  As one legal expert asserted, Israel would have been on more solid legal ground arguing that the authority of the Lebanese government did not extend to south Lebanon. [13]  Even at that, Israel could not have justified attacks elsewhere in Lebanon, or on civilian targets like airports and bridges.  Similarly, Israel has often punished (i.e. launched reprisals against) the Palestinian Authority (PA) for attacks by militant groups that it could not control.  Assuming the PA functions as a “state actor,” such attacks would again be illegal under the argument of self-defence.

What is the role of the UN Security Council in self-defence cases?

As noted above, Art. 51 of the UN Charter permits self-defence “until the Security Council has taken measures necessary to maintain international peace and security…”  Thus, there is not a presumption that states invoking the right of self-defence have an ongoing entitlement to use force.  Rather the Security Council – usually through a negotiated ceasefire – is expected to take rapid action to restore peace.  In cases involving Israel, the Security Council’s actions are often quite curious.  For example, during Israel’s Destruction of Lebanon in 2006, members of the Security Council clearly delayed attempts to establish a ceasefire in order to give Israel more time to assault Lebanon/Hezbollah. [14]

More importantly, in many cases, Israeli violence with its neighbours continues long after the Security Council has made an authoritative decision.  For example, with UNSC Resolution 242 in 1967, Israel was to have withdrawn from the West Bank and Gaza.  Nevertheless, Israel continues to invoke considerations of self-defence when it retaliates, even when Palestinian militant groups are striking directly at Israel’s regime of occupation.  In a similar vein, UNSC Resolution 425 of 1978 asked Israel to withdraw from Lebanon, which it finally did 22 years later, in 2000.  Nevertheless, for much of those 22 years, Israel advanced arguments of self-defence to justify its continued occupation, and the continuation of strikes against targets in Lebanon.  The inability/unwillingness of the Security Council to act more forcefully in such cases undermines, and makes a mockery of its role as “keeper of the peace.”

[2]  The doctrine of proportionality originated with the 1907 Hague Conventions, was later codified in Article 49 of the Draft Articles on State Responsibility (1980) and is referred to in the Additional Protocols of the Geneva Conventions (1977)

[4]  Lionel Beehner, “Israel and the Doctrine of Proportionality,” Council on Foreign Relations, July 13, 2006

[5]  Lionel Beehner, “Israel and the Doctrine of Proportionality,” Council on Foreign Relations, July 13, 2006

[11]  A quote from the proceedings of a famous legal case between the UK and the USA from 1843, known as the “Caroline Doctrine.”  During Security Council deliberations on the Osirik attack, the Caroline Doctrine was cited with approval by Iraq