CJPME Factsheet 45, published November 2008: This factsheet looks at the history of the Taliban and how it have been affect ted by the current war in Afghanistan.

Afghanistan and the Taliban

Factsheet Series No. 45, created: November 2008, Canadians for Justice and Peace in the Middle East
View factsheet in PDF format 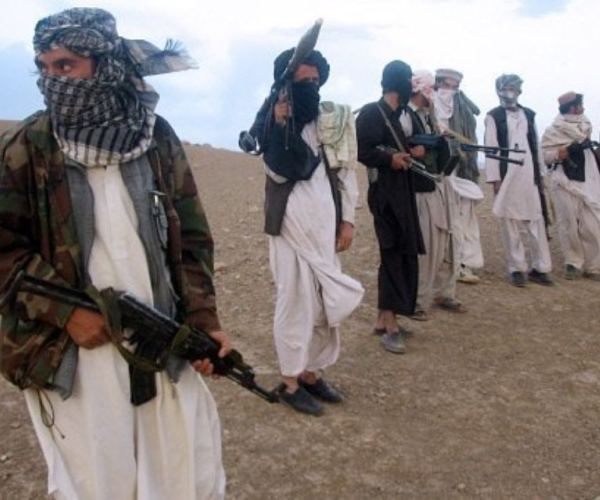 Afghanistan is a landlocked, overwhelmingly Sunni country in Central Asia composed of a variety of ethno-linguistic groups including Pashtun, Tajik, Hazara and Uzbec. The Pashtun are the largest ethno-linguistic group (though an official census has not been done in decades); living in the southern and south-eastern half of the country. The Pashtun have never accepted Afghanistan’s border with Pakistan – delineated by the British in 1893 – which divided their historic territory.  The frontier bequeathed the anarchic belt which lies to the east of the Durand line to Pakistan.[1] As a result, Pakistan has always felt besieged by Afghan tribesmen, and has often sought to use its Pakistani Inter-Services Intelligence (ISI) to influence affairs in Afghanistan.

What are the origins of the Taliban?

The Soviet Union invaded Afghanistan in 1979 and occupied the country for ten years. Under the Reagan Administration, during the Soviet invasion of Afghanistan, an estimated 3.5 billion dollars were invested in the Afghan war effort.[2] The CIA backed radical-fundamentalist groups, using radical Islamism in Afghanistan to unite Muslims against the Soviets. After the Soviet withdrawal in 1989, the US stopped supplying arms but did not sever linkages with Afghan mujahideen.

Throughout the 1980s and the 1990s the ISI had funnelled more weapons and money from the CIA.  It favoured its radical-fundamentalist Afghan puppet, Gulbuddin Hekmatyar, over other more moderate mujahideen groups. However, Hekmatyar had little grassroots support, and he “could never consolidate power to the extent Pakistan required in order to safeguard its land routes to the new oil states of Central Asia—routes that would create a bulwark of Muslim states that could confront India.”[3]

In its effort to secure a direct route to the resource-rich MuslimCentralRepublics where it desired to have influence, and to settle the long-standing Afghan-Pakistani border dispute, Pakistan needed a receptive government in Kabul. The ISI realized that following the fall of the Soviet-installed communist rule in Afghanistan, most Islamic government leaders would not put aside their own nationalistic objectives in order to further Pakistan’s regional ambitions; particularly Ahmed Shah Massoud, an important military leader who had always remained independent from Pakistan. The fighting that took place from 1992 to 1996, and Hekmatyar’s failure to accomplish what was expected of him, prompted the ISI to come up with another solution. The result was the Taliban—an “ultra-orthodox Sunni Islamic militia of young Pashtun students from […] religious schools in Pakistan, who had come from both sides of the Afghan-Pakistani border.”[4]

Between 1994 and 1996 the US maintained a relationship with the Taliban, and provided political support through Saudi Arabia and Pakistan. “By propping up the Taliban, policy-makers in Washington thought they could create an anti-Iranian and anti-Shi’a movement that would severely limit Iran’s influence in the region.”[5]

But once in power the Taliban were not as cooperative as the United States had expected, and, when faced with their social and judicial excesses, the United States passed on the responsibility to Pakistan. “Although the United States was quick to enlist Afghanistan in the wider conflict of the Cold War, it was far from committed to steering the country back into the folds of normalcy.”[6]

The mujahideen, the Taliban and al-Qa’ida owe their existence largely to Western support in the form of material, military and economic backing, often through proxies. During the Afghan war against the Soviets, Muslim fighters were recruited from around the globe and Afghanistan served as a base to train them. Osama bin Laden’s al-Qa’ida even “received part of CIA-sponsored $500 million-per-year aid in the form of armaments and cash.”[7]

Only the United States and Pakistan could have helped rebuild war-ravaged Afghanistan following the ousting of the Soviets. But both focused instead on their own national interests in Afghanistan, and not on the wellbeing of ordinary Afghans.  Despite the dire need for international reconstruction aid, the US – which had had a significant role in the destruction of the country – took a position of arms-length neutrality.  Over time, the CIA became the Taliban's new "infidel" enemy.  Interestingly, the Taliban began using the same tactic the CIA had encouraged against its Soviet adversary – that of recruiting non-Afghan Islamic fighters.  Soon enough, the call to oppose the West in Afghanistan resonated throughout the Islamic world.[8]

How has the current war in Afghanistan impacted the Taliban?

The United States began shifting its resources towards Iraq only months after the first bombs had dispersed the Taliban. As a consequence, the world’s attention was also drawn away from the plight of ordinary Afghans, and captivated by the protracted violence that would ensue in Iraq. The result has been that the mission in Afghanistan “is the most under-resourced international stabilization operation since the Second World War.”[9] While there were 20.5 international peacekeepers per 1,000 inhabitants in Kosovo, there is only 1 per 1,000 in Afghanistan. It has also received less international aid per capita than previous war-ravaged countries such as East Timor, Bosnia, Rwanda, Sierra Leone and the Solomon Islands.[10]

The policies of the Bush administration led to the abuse of prisoners in Afghanistan, Cuba and, later, Iraq. Driving these policies was “(1) the desire to place the detainees beyond the reach of any court or law; (2) the desire to abrogate the Geneva Convention with respect to the treatment of persons seized in the context of armed hostilities; and (3) the desire to absolve those implementing the policies of any liability for war crimes under U.S. and international law”.[11]

Interrogators operating in Afghanistan and in GuantanamoBay were under immense pressure to produce results. This push for intelligence overrode initial concerns for regulations and permissible interrogation methods. The tactics employed by the interrogators quickly became ad hoc. “While [Defense Secretary Donald H.] Rumsfeld approved a list of 16 harsh techniques for use at Guantanamo on Dec. 2, 2002, most of the techniques were general and allowed for interpretation by interrogators”.[12] The result has been a series of scandals involving American forces torturing, and in some cases beating to death, Afghan detainees.

Recent studies of the insurgency suggest that the Taliban, as an ideological movement, is no longer its driving force.[13] NATO bombings which have resulted in the deaths of many civilians, eradication of poppy crops, slow reconstruction efforts and stories of detainee abuse all contribute to feeding the insurgency. Many peasants and farmers appear to be joining the insurgency with the intention of “liberating” their country from foreign occupation.

Terrorism expert Peter Bergen writes: “When I traveled in Afghanistan in 2002 and 2003, the Taliban threat had receded into little more than a nuisance. But now the movement has regrouped and rearmed. Bolstered by a compliant Pakistani government, hefty cash inflow from the drug trade and a population disillusioned by battered infrastructure and lacklustre reconstruction efforts, the Taliban is back”.[14]