CJPME Factsheet 48, published January 2009: During its recent assault on Gaza, Israel damaged or destroyed 53 installations used by the United Nations Relief Works Agency (UNWRA), the branch of the UN responsible for providing basic services and aid to over a million of Gaza’s 1.5 million people, including 37 schools—six of which were being used as emergency shelters—six health centers and two warehouses. It is not the first time the UN has come under fire from Israel. In fact, Israel’s disregard for the UN during times of military conflict is systematic and has been ongoing for decades.  Over the past several decades, Israel has attacked UN installations literally hundreds of times, and killed hundreds – both civilians and UN peacekeepers – in the process.

Factsheet Series No. 48, created: January 2009, Canadians for Justice and Peace in the Middle East
View factsheet in PDF format 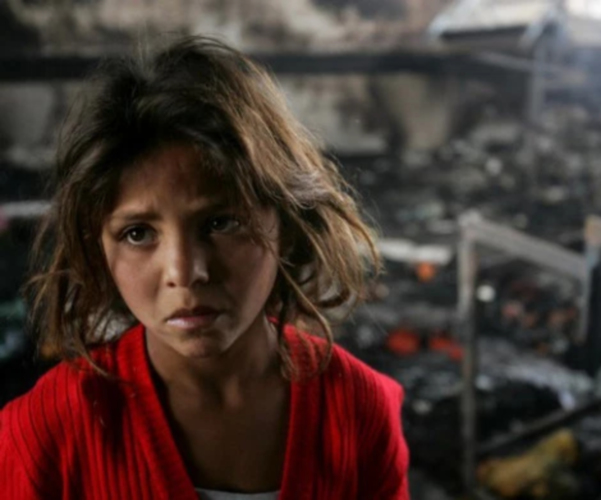 During its recent assault on Gaza, Israel damaged or destroyed 53 installations used by the United Nations Relief Works Agency (UNWRA), the branch of the UN responsible for providing basic services and aid to over a million of Gaza’s 1.5 million people, including 37 schools—six of which were being used as emergency shelters—six health centers and two warehouses.[1] It is not the first time the UN has come under fire from Israel. In fact, Israel’s disregard for the UN during times of military conflict is systematic and has been ongoing for decades.  Over the past several decades, Israel has attacked UN installations literally hundreds of times, and killed hundreds – both civilians and UN peacekeepers – in the process.[2] [3]

What are some examples of Israeli attacks on the UN?

Lebanon: UNIFIL was established in 1978 in response to Israel’s invasion of the country. In 1982, Israel invaded a second time and UNIFIL’s role was limited to humanitarian assistance and to providing protection to civilians. After 1985, Israel withdrew to southern Lebanon from where UNIFIL was often the target of the Israeli-supported South Lebanese Army. Despite pleas from the UN, the Israelis did nothing to curb the hostility of its militia towards the UN. Intelligence information even suggests that an Israeli intelligence officer was present at the assassinations of two UN Irish soldiers in April 1980. Israel provided assistance to the two men responsible so they could leave Lebanon and move to Detroit.[4]

The 1996 Qana massacre: In April of 1996 Israel shelled a UN compound near the Lebanese town of Qana where civilians had taken refuge. More than 100 civilians were killed, and over a 100 others wounded.[5] Four Fijian UN soldiers were also gravely wounded.[6] The UN compound had served as UN headquarters for 18 years, was clearly marked as a UN building, and was well-known to the Israelis.[7]

2006 murder of Canadian UN peacekeeper: Canadian Forces Major Paeta Hess-Von Krudener was killed along with three other peacekeepers on July 25, 2006 when the Israeli Air Force dropped a bomb on his UN post. The Canadian inquiry concluded that the incident was “tragic and preventable” and held the Israeli Army responsible for his death. On the day he was killed the UN formally complained to the Israeli army of three waves of Israeli attacks which converged on the UN bunker. The fourth wave of attacks was so intense that the UN command initiated explicit communications with the Israelis at multiple levels of command and made plans to evacuate the post. Nevertheless, the post was destroyed soon afterwards when the Israeli Air Force dropped a massive bomb on the site.

January 6: Israeli strike next to UN school, for which Israel had the coordinates, in the town of Jabaliya kills 43 Palestinians and injures over a hundred more. The school had been used by civilians seeking refuge from the Israeli onslaught. Israel hits two other schools the same day killing five.

January 8: UN refugee organization responsible for the delivery of aid and supplies into the territory suspends deliveries after and Israeli tank attacks a UN convoy, killing a driver.

What about Israeli claims that its enemy was using “human shields”?

When its military attacks UN installations, Israel often asserts that enemy fighters were using the UN facilities as cover or as “human shields.”  Such explanations remain unproven.  After the 2006 Israeli Destruction of Lebanon, Human Rights Watch conducted a thorough investigation into the deaths of civilians and concluded that Israel had “systematically failed to distinguish between combatants and civilians” and found no evidence to back Israel’s allegations that Hezbollah fighters had used civilians as shields or operated in civilian areas.[9]

As for the attacks on UN facilities in Gaza, the UN has also refuted Israel’s claim that there were Hamas fighters in the targeted UN schools or warehouse.[10] [11] [12]Israel has yet to allow an international investigation to be conducted.

Even if enemy fighters are in the immediate vicinity of civilians in UN or other locations, Israel is still obliged under international law to protect civilians, and refrain from endangering them by opening fire.  If, as Israel often contends, its enemies use civilians as human shields, it does not diminish its obligation to desist from striking.

What about Israeli claims that its attacks were mistakes?

Israel has also claimed that its attacks on UN installations were simply mistakes, precipitated by operational or technical errors.  Even though such claims are difficult to disprove, especially when Israel refuses to participate in inquiries, UN investigations (or investigations done by other independent organizations) have usually been able to refute Israeli claims.  In the case of Qana (1996), Israel initially claimed that Hezbollah fighters had fired at Israel from inside the UN compound and that Israel had fired into the compound by technical error. It also denied eye-witness reports that an Israeli unmanned aircraft (equipped with a camera) had been in the area at the time of the attacks. In reality, Hezbollah fighters had been firing from a location 600 meters away from the UN compound.[13] Video footage made public two weeks after the incident proved unequivocally that the Israelis did have a drone flying over the area as it was being bombed, and the UN investigation revealed there had also been two Israeli helicopters present during the shelling.[14] The shelling pattern and the types of bombs used also contributed to the UN concluding that “it is unlikely that the shelling of the United Nations compound was the result of gross technical and/or procedural errors.”[15] Israeli soldiers were quoted in the Israeli press as having been told by their commanders that the attacks were acceptable because those killed were Arabs.[16]

Amnesty International conducted an on-site investigation of the 1996 strikes and concluded the Israeli attack on the UN compound had been intentional.[17] Human Rights Watch concluded that “the mix of high-explosive artillery shells […] and the sustained firing of such shells, […] in close proximity to a large concentration of civilians -- violated a key principle of international humanitarian law.”[18]

Similarly, in 2006, with the strike on a UNIFIL observation bunker that killed a Canadian peacekeeper, Israel first claimed that the attack was the result of faulty military maps, [19] and then later claimed that an operational error had led to the strike.  As for faulty military maps, it is important to note that Israel had conducted thousands of reconnaissance missions over Lebanon in the months leading up to the attacks.  As for the possibility of an operational error, the UN had already gotten Israel to cease attacks on the same location twice earlier that same day (using communications channels set up for this purpose.) [20]

[2] A complete list of Israeli attacks on the UN would have to include hundreds of incidents.  For instance, according to the Canadian Forces Board of Inquiry for Canadian Peacekeeper Major Hess-Von Krudener (para. 45), in Israel’s 2006 destruction of Lebanon alone, 36 UNIFIL installations in southern Lebanon came under Israeli fire a total of 161 times.  For more information, please see CJPME Factsheet “Canadian Peacekeeper Murdered in Lebanon”