CJPME Factsheet 50, published February, 2009: Palestinian refugees in Lebanon are a deeply marginalized and vulnerable community.  They are scapegoated in popular discourse, virtually bereft of civil and political rights, and all too often the victims of indiscriminate violence.  Entering its 61st year, the Palestinian refugee diaspora is humanity’s largest and most enduring refugee population; Lebanon serves as its worst case scenario. This factsheet looks at how they are perceived in Lebanon and under what conditions they live.

The Plight of Palestinian Refugees in Lebanon

Factsheet Series No. 50, created: February 2009, Canadians for Justice and Peace in the Middle East
View factsheet in PDF format 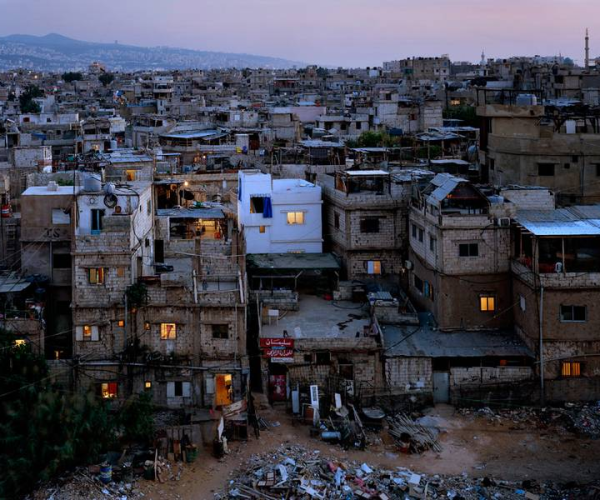 Palestinian refugees in Lebanon are a deeply marginalized and vulnerable community.  They are scapegoated in popular discourse, virtually bereft of civil and political rights, and all too often the victims of indiscriminate violence.  Entering its 61st year, the Palestinian refugee diaspora is humanity’s largest and most enduring refugee population; Lebanon serves as its worst case scenario.

How are Palestinian Refugees perceived in Lebanon?

Throughout the 1950s and 1960s, a relatively small number (about 50,000) of Palestinian refugees of various confessional groups were naturalized into the Lebanese polity.[i] [ii]  These targeted naturalizations occurred both 1) because Lebanon’s leaders sought to balance Lebanon’s constitutionally-enshrined confessional mix, and 2) because Palestinians were initially viewed as being relatively benign in a political sense, a perception that shifted dramatically in the coming years.  In the first decade or so, the Lebanese economy welcomed the Palestinians as a ready source of cheap labor.[iii]  Since then (and especially after the civil war which raged from 1975 until 1989), the Lebanese state has proven a reluctant host of the Palestinian refugee population,[iv] and has actively pursued policies to undermine both assimilation into the culture and independent Palestinian political organization.

After the breakdown of the Oslo peace process, the prospect of ‘involuntary’ repatriation of Palestinian refugees took centre stage in Lebanese political discourse.[v]  The literature pertaining to this discourse is full of explicit high-level support of this type of policy. In a 1998 statement to the Lebanese Daily Star, the late Rafiq Hariri stated “Lebanon will never, ever integrate Palestinians.  They will not receive civic or economic rights, or even work permits.  Integration would take Palestinians off the shoulder of the international agency [UNRWA] that has supported them since 1948.”[vi]  Popular discourse holds that the empowerment of the Palestinians through civil rights would lead to much-feared final naturalization and assimilation into the fragile Lebanese political order.[vii]

What is the status of Palestinians under Lebanese Law?

The 1989 Taif Agreement, which formally ended the Lebanese civil war, explicitly excluded Palestinians from ‘assimilation’, or tawtin.  Other than Taif, Lebanese laws do not explicitly single out Palestinians, but analysts and academics are in near unanimous agreement that exclusionary legislation and the lack of exceptions to it are directed towards preventing the assimilation or naturalization of Palestinian refugees, since they are the only large scale non-Lebanese group in the country.

Limitation of civil rights stems more from an absence of special legislation for Palestinians rather than actual prohibitions.  Palestinians who are registered with UNRWA and/or the Lebanese authorities are granted residency papers allowing them to stay in Lebanon indefinitely – something that other foreigners and refugees do not enjoy.  Where acquiring citizenship is concerned, Palestinians have a separate status from other foreigners, because of recommendations of the Arab League, which suggested that it was necessary for Palestinians in Arab host states to retain their own (Palestinian) nationality.[viii]

Where all other civil rights are concerned, however, Palestinians fall under the same laws as any other foreigner; no exception is made in recognition of their particular situation and inability to either return to their country of origin or be resettled in another country.  The particular problem for Palestinian refugees is the fact that many of their rights are derived from laws envisioned for temporary residents.

Palestinians are banned from liberal professions such as medicine, law and engineering and do not have the right to work in most occupations without the issuance of a work permit.  Although officially Palestinians can apply for these permits, it seems that in practice few actually obtain them without substantial bribery.[ix]  Palestinians are barred from accessing all public healthcare services, and must rely on UNRWA’s ever-decreasing and over-stretched services.  Palestinians are restricted in their access to secondary public education, as only a limited number of places in public schools are available to foreigners, including Palestinians.

The Property Decree of 1969 officially banned Palestinians of non-Lebanese descent from either purchasing property or passing property onto their family members.  The property law was amended in 2001 to allow foreigners to own property.  Nevertheless, the law excludes Palestinians from this amendment through an exclusionary clause which prohibits ownership of property by anyone who is not a citizen of a recognized state, or whose ownership of property would run counter to the constitutional prohibition against tawtin.[x]

What are the current conditions for Palestinian refugees in Lebanon?

Current research points to upwards of 95 percent unemployment in the camps.[xi]  Thirty-five percent of Palestinians in Lebanon live on less than two dollars per day.[xii]  Land allocation for camps has not been expanded for the past fifty years, leading to deplorable living conditions and dangerous, unregulated, building practices.  Expansion can only occur upwards, leading to overcrowding and even greater difficulty in attempting subsistence agriculture.  Palestinians in Lebanon suffer from the highest levels of mortality and morbidity of any of the Palestinian refugee diaspora, the highest levels of chronic illness and depression,[xiii] and have become the least literate of the Palestinian refugees.[xiv]

Children in Lebanon suffer disproportionately not only to other camp dwellers and Lebanese children, but to Palestinian children in all other areas of the diaspora.  Studies point to increasingly deep emotional and psychological trauma.  A 1999 UNICEF survey found that most adolescents in the camps literally have no hope for the future.[xv] It also found that traditional familial and social coping mechanisms are breaking down, and the development of increasingly destructive coping mechanisms including smoking, alcohol abuse, and violence; in terms of space, “all children described their physical environment with utter dismay.”[xvi]  FAFO reports that more than sixty percent of refugees in camps lacked piped water.  These problems compound, leading to: “2 or 3 times higher rate of childhood chronic illness than refugees in other host countries.  Chronic childhood illness or disability is, moreover, a major contributor to illiteracy among refugee children.”[xvii]  Less than seventy-five percent are fully vaccinated, and it is estimated that as many as fifty percent suffer some sort of functional impairment that will later preclude them from the scarce labour resources in the country.[xviii]  These problems compound and feed back into one another in a deepening cycle of desperation.

[iv]Knudson, Are. “The Law, the Loss, and the Lives of Palestinian Refugees in Lebanon”, Chr. Michelson Institute Working Paper, (2007)

[xv] UNICEF, The Situation of Palestinian Children in The West Bank and Gaza Strip, Jordan, Syria, and Lebanon,.Amman, Jordan. (2000)