CJPME Factsheet 55, published March, 2009: This factsheet provides an overview of the Canadian Arab Federation (CAF), which is composed of over 40 member organizations and strives to raise awareness of issues impacting the Canadian Arab community. Conservative MP Jason Kenney announced in March 2009 that – as Minister of Citizenship and Immigration – he would eliminate federal funding for CAF, which he has accused as being a racist organization because of its criticism of the current Israeli regime. Kenney, however, has never provided proof for his accusations despite requests to do so.

Factsheet Series No. 055, created: March 2009, Canadians for Justice and Peace in the Middle East
View factsheet in PDF format 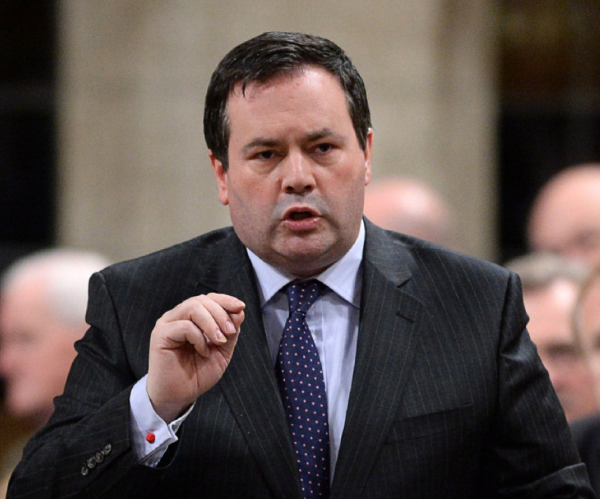 What is the Canadian Arab Federation and what does it stand for?

The Canadian Arab Federation (CAF) is composed of over 40 member organizations and strives to raise awareness of issues impacting the Canadian Arab community.  Its activities and projects include integration programs and language programs for new immigrants (of all origins), publications and education, public awareness, media relations and non-partisan government relations.  CAF focuses on issues of interest to Canadian Arabs, both domestically and internationally.

The CAF website states that the federation’s core values are:

CAF has long been critical of Canada’s support of Israel despite Israel’s longstanding record of human and humanitarian rights violations.  CAF’s President, Khaled Mouammar, has referred to the state of Israel as the “Israeli Apartheid Regime,” and CAF has repeatedly supported boycott and divestment campaigns directed at Israel.[i] [ii]

CAF receives $447,000 in funding from the government to run settlement programs in Toronto for new immigrants. None of this money funds any of CAF’s political activities. CAF President, Khaled Mouammar, said that any decision to cut funding would hurt all new immigrants, not only Arabs who form only 5% of those who benefit from the CAF’s services.[iii]

Who is Jason Kenney, and what are his allegations against CAF?

Jason Kenney is a Conservative Member of Parliament who, as of early 2009, was serving as Minister of Citizenship, Immigration and Multiculturalism.

Jason Kenney is a staunch supporter of Israel, who publicly tends to equate any criticism of Israel to anti-Semitism.[iv] In March, 2009, Kenney announced that – as Minister of Citizenship and Immigration – he would eliminate federal funding for CAF, an organization he has accused as being a racist organization because of its criticism of the current Israeli regime.[v] CAF has asked Kenney’s office to provide evidence of his allegations, but Kenney has so far failed to respond.  The Conservative government has refused to meet with CAF representatives since Stephen Harper came to power in 2006.

Has Kenney provided proof of his allegations against CAF?

Kenney has leveled a number of different allegations against CAF and its leaders.  While some of Kenney’s accusations are serious, he has never provided proof for his accusations despite requests to do so.  For instance, Kenney has accused CAF of promoting hatred and as being racist.  He has also suggested that CAF’s perspectives on Hamas and Hezbollah should disqualify it for government funding.  Nevertheless, Kenney stops short of formally accusing CAF of illegal behaviour, saying, “When I say beyond the pale [referring to CAF’s positions] I don't mean illegal. But these are the kinds of organizations that should receive no formal support from the organs of the Canadian state.” [vi]

Is it ethical to attach conditions to government funding?

Yes.  When the government funds projects or organizations (involved in immigration or other issues) it has a responsibility to ensure that money is used in a way which is consistent with the values of Canadian society.  So, for example, government funding comes with certain management constraints to ensure that the money is spent wisely, on initiatives for which it was intended.  As another example, government funding cannot be used in any way which might promote or promulgate bias based on, for example, age, gender, ethnicity or religion.  These are controls that all Canadians should agree with.

Canada welcomes more net immigrants per capita than any other country in the world, for social, humanitarian and economic reasons.[ix] For this reason, the government funds programs – like those run by CAF – to help settle and integrate new immigrants to Canada.  The government has at no time accused CAF of mismanaging government funding for its program or accused it of breaking any conditions attached with the funding.

Is it ethical to make government funding dependent on agreement with government policy?

No. In 1959, a case went to the Supreme Court of Canada after Quebec Premier Maurice Duplessis intervened at the Quebec Liquor Commission to permanently suspend the license of Frank Roncarelli, only because – as the Court ultimately ruled – Roncarelli was a Jehovah’s Witness.   In his ruling, Supreme Court Justice Rand noted that, “To deny or revoke a permit because a citizen exercises an unchallengeable right totally irrelevant to the sale of liquor in a restaurant was as improper as making the decision based upon the color of the individual’s hair.”[x]  Thus, in the current scenario between CAF and Kenney, unless Kenney provides a reasonable legal explanation as to why CAF should cease to receive funding, CAF funding should be re-instated.

That the government makes no effort to balance its position onIsrael, to meet with CAF to reasonably discuss Arab-Israeli relations, or to offer any statement addressing Israeli rights abuses, suggests that Jason Kenney’s threat to cut funding is an attempt to muzzle a group he does not agree with.  Unfortunately, Kenney’s offensive against the CAF seems to be an initiative used selectively to weaken certain groups to the benefit of others – a policy contrary to “Canada’s best liberal values of tolerance and mutual respect,” which Kenney claims to want to champion.