CJPME Factsheet 63, published May, 2009: After occupying East Jerusalem in 1967, Israel seized archeological artifacts, including the Dead Sea Scrolls, a collection of over 900 ancient manuscripts excavated from Qumran and surrounding areas in the West Bank. In June, 2009, the Royal Ontario Museum (ROM) showcased these artifacts in cooperation with the Israel Antiquities Authority, violating Canada’s responsibilities under UNESCO and its own obligations as a member of the Canadian Museums Association (CMA).

Factsheet Series No. 063, created: May 2009, Canadians for Justice and Peace in the Middle East
View factsheet in PDF format 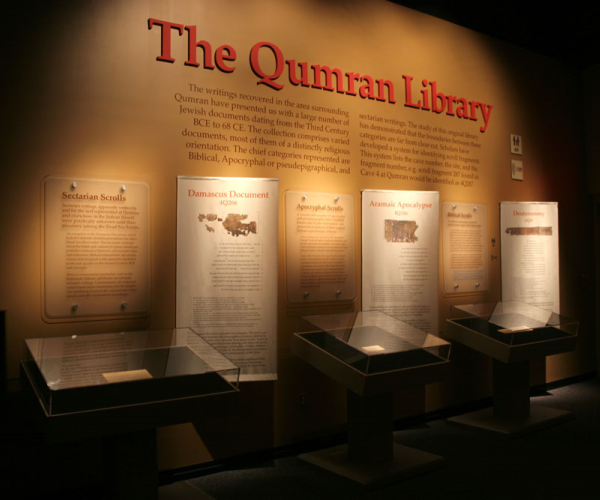 In June, 2009, the Royal Ontario Museum (ROM) will be showcasing artifacts seized by Israel in 1967 after it occupied East Jerusalem. In cooperating with the Israel Antiquities Authority to import and exhibit the Dead Sea Scrolls, the ROM is violating Canada’s responsibilities under UNESCO Conventions and Protocols relating to cultural objects, and its own obligations as a member of the Canadian Museums Association (CMA).

What are the Dead Sea Scrolls, and where did they come from?

The Dead Sea Scrolls were excavated from Qumran and surrounding areas in the West Bank, between 1947 and 1956 by the Palestine Archaeological Museum with the Department of Antiquities of Jordan and the École Biblique Française. They represent a collection of nearly 900 ancient manuscripts including portions of the Old Testament written in Hebrew, Aramaic and Greek. 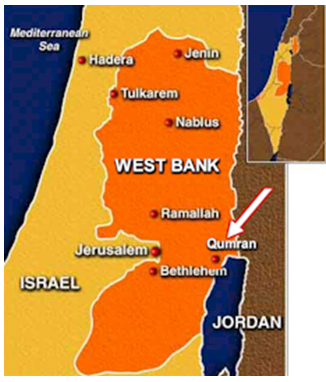 The first find was made in 1947, by a Bedouin named Muhammad ed-Dhib, when he discovered a series of ten jars; one which contained three scrolls, two of which were wrapped in linen. By 1956, archaeologists had located around 900 documents that came to be known as the Dead Sea Scrolls, in 11 different caves throughout the region of Qumran. Some were entirely preserved, others survived only as fragments. The Scrolls date back to the late Second Temple Period, and are older than any other surviving biblical manuscripts.

Why is Israel currently in possession of the Scrolls?

In 1967, during the Six Day War, Israel invaded East Jerusalem, the West Bank and Gaza Strip, and has occupied all three ever since. In 1980, Israel passed the Jerusalem Law, declaring: “Jerusalem, complete and united, is the capital of Israel.” Shortly after, the UN Security Council passed Resolution 479, which declared the law null and void. From 1967 to the present day, Israel remains the military occupying power in East Jerusalem. Security Council Resolution 242 of 1967 stipulates that Israel withdraw from all occupied territories occupied in the 1967 war.

According to reports, the Palestinian Authority (PA) has indicated that it objects to the export of the Dead Sea Scrolls for the ROM exhibit because of the illegal manner in which Israel obtained and seeks to display the Scrolls. [i]  The PA sent letters in early April, 2009 to both the Prime Minister Harper, and top executives at the ROM.  The letter to Harper came from Salam Fayyad, prime minister of the Palestinian Authority; the letter to the ROM came from Khouloud Daibes, the PA Minister of Tourism and Antiquities. [ii]

What are the ROM’s obligations under ethical guidelines for museums?

The Royal Ontario Museum (ROM) is a member of the Canadian Museums Association (CMA). The CMA sets out in its Ethics Guidelines that museums “must avoid even the remotest suspicion of compliance in any illegal activity,” and that “museums must guard against any direct or indirect participation in the illicit traffic in cultural and natural objects; this may include natural or cultural objects that are: stolen; illegally imported or exported from another state, including those that are occupied or war-stricken; illegally or unscientifically excavated or collected in the field.”[iii]

Since the Scrolls were taken from the PalestineArchaeologicalMuseum in East Jerusalem, and came from caves in the West Bank, according to the CMA’s Ethics Guidelines, the ROM has an obligation not to cooperate with the Israel Antiquities Authority in importing and exhibiting the Dead Sea Scrolls.

What are Canada’s obligations under international law?

Canada is a signatory to the UNESCO First and Second Protocols of the Convention for the Protection of Cultural Property in the Event of Armed Conflict (1954). The First Protocol would oblige Canada to take custody of the Scrolls when they enter Canada, and hold them until such time as the Israeli and Palestinians can negotiate a peace.  This prescription is specified in Articles 2 and 3 of the First protocol as follows:

2. Each High Contracting Party [i.e. for example, Canada] undertakes to take into its custody cultural property imported into its territory either directly or indirectly from any occupied territory. This shall either be effected automatically upon the importation of the property or, failing this, at the request of the authorities of that territory.

3. Each High Contracting Party undertakes to return, at the close of hostilities, to the competent authorities of the territory previously occupied, cultural property which is in its territory, if such property has been exported in contravention of the principle laid down in the first paragraph. Such property shall never be retained as war reparations.[iv]

2. (1) The States Parties to this Convention recognize that the illicit import, export and transfer of ownership of cultural property is one of the main causes of the impoverishment of the cultural heritage of the countries of origin of such property and that international co-operation constitutes one of the most efficient means of protecting each country's cultural property against all the dangers resulting there from.

2. (2) To this end, the States Parties undertake to oppose such practices with the means at their disposal, and particularly by removing their causes, putting a stop to current practices, and by helping to make the necessary reparations.[v]

The ROM should not, therefore, be importing cultural property taken from an occupied territory, and, if it does, the government of Canada should take the cultural property into custody, and return it to the true owners – the Palestinian Ministry of Tourism and Antiquities – until a negotiated end of hostilities between the Palestinians and Israelis is achieved.

Canada has incorporated the key elements of the UNESCO conventions into its own Cultural Property Export and Import Act.  In Section 36.1 (2) of Canada’s Act, the removal of cultural property “from an occupied territory” is specifically prohibited.  In addition, the Act gives the Attorney General of Canada the authorization to commence legal action to take possession of the stolen property from “any person, institution or public authority.” [vi]  Under this Act, such action on the part of the Attorney General of Canada would be triggered by receipt of a written request by the owner (i.e. the Palestinian Authority) of the cultural property.  Presumably, the Palestinian Authority commenced this action with the letter sent to the Canadian government earlier this Spring. [vii]

Thus, the ROM’s actions are in conspicuous violation of the spirit of its Canada’s Act governing the exporting and importing of cultural property, the international conventions and protocols on cultural property that Canada has signed, and the ROM’s own obligations under the Canadian Museums Association’s Ethics Guidelines.

[vii] Note that, at the writing of this factsheet, the contents of the letter sent by the PA to the Canadians Government are not public.