CJPME Factsheet 68, published November, 2009: This factsheet looks at why human rights reports in the Middle East are highly credible and authoritative.  Analyses performed by neutral third-parties seeking full disclosure become essential in ascertaining the intents, the means, and the outcomes in conflict.

The Authority of Human Rights Reports on the Middle East

Factsheet Series No. 068, created: November 2009, Canadians for Justice and Peace in the Middle East
View factsheet in PDF format 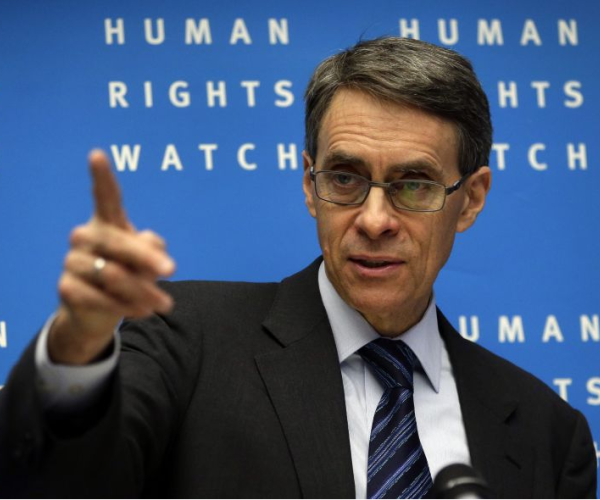 Why are reports authored by Human Rights organizations so credible?

Human rights reports in the Middle East are highly credible and authoritative because they provide an assessment performed by a “disinterested party.”  When armed conflict breaks out, each party to the conflict will provide its own explanation as to the origins of the conflict, and the reasons why non-combatants may have been abused or killed.  While such explanations should be studied, they are naturally suspect because they are authored by an interested party to the conflict; and parties at war strive to influence public perceptions, and will often vet and censor information prior to disclosure.  As a result, analyses performed by neutral third-parties seeking full disclosure - i.e. those published by human rights organizations – become essential in ascertaining the intents, the means, and the outcomes in conflict.

Are Human Rights organizations biased in their work in the Middle East?

No.  International human rights organizations have processes to ensure that their findings have the highest possible credibility (see sections below.)  Most international human rights organizations working in the Middle East (e.g. Amnesty International (AI), Human Rights Watch (HRW), etc.) have personnel in different locations around of the world, all of whom follow a common set of well-documented procedures and principles in conducting their fieldwork and in developing conclusions.[i]  The impartiality of these reports is also evidenced by the fact that almost all such reports cite rights violations committed by both sides in the conflict.  (For example, all HRW reports on Israel’s 2006 invasion of Lebanon identified violations of international law committed by both Hezbollah and Israel.)  Finally, human rights organizations regularly issue reports condemning rights violations of Israel’s foes, independent of any critique of Israel. [ii] [iii]

What are the values reflected in Human Rights reports?

For decades since World War II, international bodies have worked to develop a set of international legal instruments that reflect universally held values concerning life and liberty.  International humanitarian law (IHL) (e.g. the Geneva Conventions) details the rights of individuals during times of occupation and war.  IHL introduces concepts such as proportionality, necessity, and distinction, applying them for the protection of civilians and infrastructure.  International human rights law (e.g. the Universal Declaration of Human Rights) protects the inherent rights of all individuals.  The work of human rights organizations is essential in helping the world to collectively condemn acts which violate these universally held values.  By respecting the findings of human rights organizations, the international community helps to ensure that human life and dignity are respected throughout the world, whether in conflict or in times of peace.

How do Human Rights organizations determine “the facts”?

Determining whether parties have used “human shields.”  When high civilian casualties result from Israeli strikes, Israel often attributes them to the use of “human shields” by its enemies.  If use of a human shield is alleged, human rights organizations assess the claim based on 1) signs of militant activity in the area attacked, such as destroyed military equipment, spent shell casings, and dead or wounded fighters, or 2) based on interviews with witnesses who would be able to describe whether militants were present and/or active at the time of the strike. [iv]  In the latter case, human rights organizations will also cross check eyewitness reports by verifying that when legitimate military targets were hit, that eyewitnesses could indeed describe the military activity which was the target of the strike.

The use of “human shields” can take many forms, and in another case, the Israeli human rights organization Breaking the Silence has been able to verify that Israeli soldiers regularly used Palestinian human shields[v] in house-to-house patrols when commanded to secure an area.  Breaking the Silence publishes the interviews with Israeli soldiers unedited, will look for patterns across soldiers in the acts described, and cross-checks facts with other eyewitnesses to the events described.

Determining whether parties have purposefully targeted non-combatants.  Combat scenarios can vary widely, so human rights organizations are very careful before alleging that a party has purposefully targeted civilians.  In one example of this care taken by human rights organizations, while there were well over 1300 Palestinian deaths, HRW focused one report on just seven incidents, which killed 11 civilians – individuals who were waving a white flag when shot dead by Israeli small arms fire.[vi]  The means for confirming such acts can be highly reliable.  Eyewitness reports – whether from a soldier involved or associated, [vii] or by civilian witnesses[viii] [ix] – are often a starting point, but are typically accompanied by investigations of attack sites, and sometimes hard evidence like video or photographs.  The analysis will often be based on the type of weapons used in the attack, and an understanding of what the operator of the weapon could reasonably have done to avoid killing non-combatants.[x]

Judging the intents of the belligerents, and whether or not war crimes have been committed.  While the above paragraphs provide examples of many of the potential tools of the human rights organizations, still other mechanisms exist.  Media reports, and official public statements can also inform human rights reports.  For example, in its report “Precisely Wrong” about indiscriminate drone attacks by Israel, HRW knew from media reports that drone operators could discern the precise clothing a potential target was wearing, as well as whether or not the target had objects in his hands.[xi]  In this case, with such knowledge on the battlefield, drone operators would be accountable for strikes carried out on civilians.  In a similar fashion, the public statements of Israeli leaders[xii] duringIsrael’s invasion ofLebanon in 2006 also implicated them in serious crimes.  In one example, HRW cites a public statement by Israeli Justice Minister Haim Ramon where he says, “All those now inSouth Lebanon are terrorists who are related in some way to Hezbollah.”  Such a belief – publicly asserted – could make Mr. Ramon culpable for subsequent indiscriminate Israeli attacks made on Lebanese civilians in southLebanon.

[i]   As one example, HRW provides an overview of their methodology at http://www.hrw.org/en/node/75141.  In addition, almost all human rights reports include a methodology section, which describes how data was collected for the purposes of the report.

[ii]   Examples are countless, but one of many such examples would be HRW’s report “Under cover of war: Hamas political violence in Gaza,” where HRW documented arbitrary arrests, detentions, torture, and assassinations committed by Hamas members.

[iii]   In August, 2007, HRW issued a report called “Civilians Under Assault: Hezbollah's Rocket Attacks on Israel in the 2006 War.”  Hezbollah vigorously opposed the publication of this report, and forced the cancellation of the news conference launching the report in Beirut.  HRW’s director, Sarah Leah Whitson asserted, “Hezbollah is trying to silence criticism of its conduct during the 2006 war, but the fairness and accuracy of our reporting will speak for themselves, whether we hold a press conference or not.”

[iv]   The methodology page for HRW’s “Fatal Strikes: Israel’s Indiscriminate Attacks Against Civilians in Lebanon” (Aug. 2, 2006) can be found at http://www.hrw.org/en/node/11265/section/3.  In fact, in all the dozens of cases of civilian deaths studied by HRW during Israel’s assault on Lebanon, there was no evidence that Hezbollah had used human shields.

[v]   This practice by Israeli soldiers involves forcing a nearby Palestinian civilian to undertake a task (e.g. opening a door which may be booby-trapped, breaking a wall, etc.) which puts him directly in the line of fire.  At one time called “neighbor procedure,” interviewees of Breaking the Silence admitted that such practice was considered standard Army procedure.

[x]  As one example, see “Precisely Wrong: Gaza Civilians Killed by Israeli Drone-Launched Missiles,” Human Rights Watch, June, 2009.  In this report, HRW was able to prove that the civilian deaths could have been avoided given its knowledge of the precise view, targeting and control the drone operators had.

[xii]  Many reckless statements were made by Israeli officials during Israel’s invasion of Lebanon in 2006.  Israeli Lt. Gen. Dan Halutz, told Israel's Channel 10, “If the [Israeli] soldiers are not returned, we will turn Lebanon's clock back 20 years.”  The intent to engage in wanton destruction as suggested by Mr. Halutz would be considered a war crime under international law.