Factsheet Series No. 075, created: March 2012, Canadians for Justice and Peace in the Middle East
View factsheet in PDF format 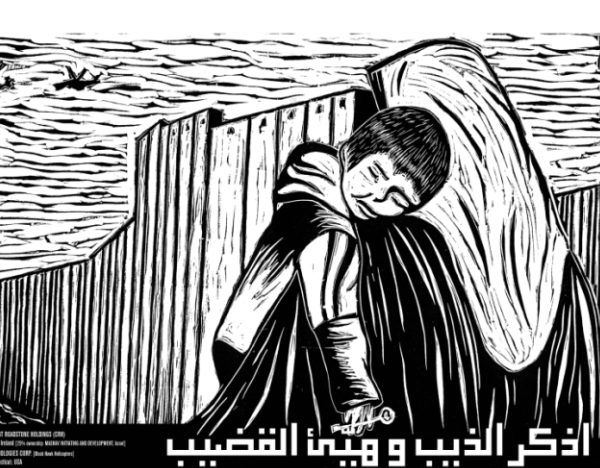 Israeli Apartheid Week (IAW) is an annual series of international conferences featuring lectures, film screenings, cultural activities and demonstrations, aimed at raising awareness about Israel’s apartheid policies toward Palestinians, and building support for boycott, divestment, and sanctions (BDS) campaigns against Israel in response.[i]  The 6th annual (i.e. 2010) Israeli Apartheid Week conferences are being held in cities around the world between March 1 and March 14, 2010, with the theme, Solidarity in Action: Boycott, Divestment, Sanctions.

Is Apartheid practiced in Israel?

Yes, apartheid exists both in Israel and in the PalestinianTerritories controlled by Israel.  Apartheid is quite overt in the Palestinian territories, militarily occupied by Israel since 1967. In the West Bank and East Jerusalem, apartheid manifests itself in various obvious forms: Jewish-only roads; Jewish-only housing (i.e. colonies); the application of two different systems of law: military on Palestinians, and Israeli civil on Jewish colonists in the territories; the racially-defined course of the Wall; and selective policing and investigation; to mention a few.  In his book, Palestine: Peace not Apartheid, Jimmy Carter focused on this form of apartheid which Israel imposes in the Palestinian territories.

Apartheid also exists in Israel itself, though its institutions are more subtle.  The following cogent examples are discussed in more detail, with examples in CJPME’s factsheet, “Apartheid in Israel” [ii]:

Can Apartheid exist within a Democracy?

Yes.  Apartheid and institutions of democracy are not necessarily mutually exclusive.  South Africa was a “white democracy,” while the United States practiced a democracy which tolerated slavery for 100 years, and then tolerated segregation for another 100 years.  While individuals may theoretically enjoy certain trappings of democracy – e.g. voting rights – a minority group may still struggle for the most basic of human rights and civil protections.

The essential characteristics of apartheid in a democracy are:

Apartheid has two forms to it:

Apartheid within Israel takes both forms.  Unlike South Africa, Israeli laws are generally written in neutral terms (with a few exceptions, notably Law of Return and Nationality Law) and ostensibly apply to all. But they are carefully drafted so as to apply only to Palestinians (e.g. the Absentee Property Law (1950)), or discriminate against non-Jews by using terms such as “a person to whom the Law of Return applies.”

Is IAW anti-Semitic or anti-Israel?

How widespread is the support for IAW?

The world’s first Israeli Apartheid Week conference took place at the University of Toronto in  2005.[v]  Three years later, in 2008, University of Toronto President David Naylor asserted: “The future of Israel and its neighbours will not be decided by a small group of activists who talk mostly to themselves on a few North American university campuses.”[vi]  In 2010, IAW conferences are being held in 44 cities around the world, including Edmonton, Hamilton, Kingston, London, Montréal, Ottawa, Peterborough, Toronto, Vancouver, Waterloo and Winnipeg.[vii]

The wide support for IAW and the BDS campaign reflect broad frustration in Canada and elsewhere with Western leaders and their unwillingness to address the root issues driving conflict in the Middle East.  For decades, Western leaders have failed to respond meaningfully to very compelling edicts and opportunities related to the Middle East conflict, among them:

The peace plan proposed by the Arab League in 2002 and 2007, and the need for a credible negotiations process where the Palestinians are not asked to bargain away their human and humanitarian rights.

[ii] “Factsheet: Apartheid in Israel,” Canadians for Justice and Peace in the Middle East, Feb. 2007

[iii] International Convention on the Suppression and Punishment of the Crime of Apartheid, Art. 2, UNGA Resolution 3068, http://www.un.org/ga/search/view_doc.asp?symbol=A/res/3068(XXVIII), retrieved 2010.02.18