CJPME Factsheet 76, published September, 2012: This factsheet looks at the Israel’s colonies, often referred to as “settlements,” in the Occupied Palestinian Territories. Colonies have long been one of the major obstacles to peace between Israel and the Palestinians, since successive Israeli governments have permitted the Jewish Israeli colonists to expropriate land and to create “facts on the ground” that would make the creation of a Palestinian state increasingly difficult.

Factsheet Series No. 076, created: September 2012, Canadians for Justice and Peace in the Middle East
View factsheet in PDF format 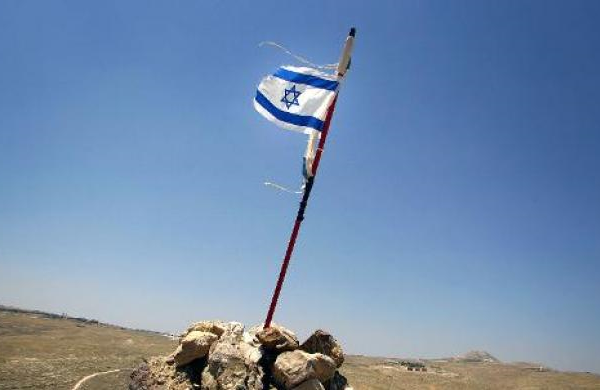 What and where are the Israeli colonies?

There are currently 121 Israeli colonies,[1] often referred to as “settlements,” and approximately 102 Israeli outposts[2] together housing nearly 500,000 colonizers[3] on Palestinian land.  They are located on land militarily occupied by Israel since 1967, including the West Bank (including East Jerusalem) and the Golan Heights.   Although the colonies themselves cover under 2 percent of the oPt, Israel has established a web of roads intended for Israeli-only use, military bases, buffer zones around each colony and on either side of the Wall.  Palestinians are barred from all of these, which, together with the colonies themselves, cover at least 40 percent of the West Bank. The expansion of colonies is the result of a concerted Israeli government effort to settle its own civilian population on Palestinian land to consolidate control over the OPTs.[4]  Since 1967, every Israeli government—regardless of its political stripe—has  allowed the expansion of  these Israeli colonies.[5]

Colonies have long been one of the major obstacles to peace between Israel and the Palestinians. The Israeli population attracted to them is often ideologically driven, holding an uncompromising religious belief that the entire area between the Jordan River and the Mediterranean belongs exclusively to the Jewish people. Such individual colonizers are often quick to use violence against Palestinian civilians to assert their beliefs.[6]  The building of colonies on Palestinian land has also created “facts on the ground” that make implementation of the two-state solution more logistically and politically complicated. The extension of Israeli infrastructure and security apparatus to the colonies from Israel proper has also created economic and political challenges for the Palestinians. A series of Jewish-only roads connecting the colonies to one another and to Israel proper, and Israeli Military checkpoints have effectively sliced the OPTs into 43 non-contiguous and isolated communities[7] thus making the creation of a Palestinian state virtually impossible.[8]

Are colonies legal under international law?

No. The colonies are illegal according to a number of international legal instruments. Article 49, paragraph 6 of the Fourth Geneva Convention, to which Israel is a signatory, states that, “the Occupying power shall not deport or transfer parts of its own civilian population into the territory it occupies.”[9]  The Rome Statute of the International Criminal Court (ICC) also expressly identifies the transfer of an Occupying power’s own civilian population to the territory it occupies as a war crime punishable by the ICC.[10] [11]  In 2004 the International Court of Justice ruled definitively that “Israeli settlements in the Occupied Palestinian Territory, (including East Jerusalem), have been established in breach of international law.”[12] Finally, UN Security Council Resolution 465 of 1980 determined that all attempts by Israel to alter the physical character, demographic composition or status of Palestinian territories occupied since 1967 through colony building are in direct violation of international law, in particular the Fourth Geneva Convention.[13]

How quickly are these colonies growing?

The colonial population has grown 4-6% per year over the last two decades compared to the 1.5% rate of growth for the whole Israeli population.[14]  The growth is not simply a result of “natural growth,” as the Israeli government continuously asserts. While there is a high birth rate among Israeli colonizers, one third of the growth in the colonial population is a direct outcome of migration. Such high levels of migration are encouraged by the Israeli government through planning, state initiated projects, and subsidies.[15]

Why are Israeli colonies so central to negotiations?

The colonies are central to negotiations between Israelis and Palestinians because they are built on Palestinian land that is slated to form an eventual Palestinian state.  Colonist elements in Israel know that peace in the Israeli-Palestinian conflict is unlikely unless Israel allows the Palestinian people to build their state in the West Bank and Gaza Strip.  Successive Israeli governments have permitted the colonists to expropriate land and to create “facts on the ground” that would make the creation of a Palestinian state increasingly difficult.  This results in a de facto state strategy to entrench illegal colonizers and then claim that uprooting them would be unjust and politically and logistically infeasible.

Despite Israeli actions which undermine prospects for peace, Palestinian negotiators have indicated a willingness to discuss border adjustments to accommodate entrenched and heavily populated colonies as long as Israel agrees in principle that the borders of the Palestinian state are defined by the 1967 Green Line.

What are the U.S. and Canadian positions on Israeli colonies?

Until the early 1980's, the U.S., like most states, viewed Israeli colonies as a violation of the Fourth Geneva Convention. After President Reagan declared that colonies were not “illegal,” in contrast to previous U.S. policy, the U.S. took no legal position on colonies, although all subsequent administrations have viewed them as an obstacle to peace. [16]

No U.S. administration has been able to persuade Israel to halt or significantly slow colonial growth. Nevertheless, President Obama has taken a strong position on Israeli colonies, calling them illegitimate and an obstacle to peace. President Obama has made repeated calls for an immediate cessation of all colony building, perhaps more consistently than any other recent US president.[17]  Despite adopting this stance and publicly differentiating the American position from Israel’s, President Obama has still not persuaded Israel to halt colonial growth, nor conditioned the continuation of military aid to Israel on a halt in colony expansion.

Israeli settlements [i.e. colonies] in the occupied territories are a violation of the Fourth Geneva Convention. The settlements also constitute a serious obstacle to achieving a comprehensive, just and lasting peace. Canada believes that both Israel and the Palestinian Authority must fully respect international human rights and humanitarian law which is key to ensuring the protection of civilians, and can contribute to the creation of a climate conducive to achieving a just, lasting and comprehensive peace settlement.[18]

Despite Canada’s official position, the current Canadian Government has largely been silent on the issue under the Harper government.  The one exception to this was the March, 2010 statement by the Minister of Foreign Affairs, Lawrence Cannon, where he “regretted” Israel’s decision to build an additional 1600 colonist dwellings, and concluded that such action did “not advance the cause of peace in the region.”[19] Meanwhile, most European governments have vigorously objected to the string of settlement expansions announced in 2011-12, warning that they are making the “two-state solution” impossible.

[2] A number of settlements begin as “ outposts.” Outposts differ from colonies in that, even by Israeli laws, they have been established illegally.  Outposts are often established by a small group of Israeli families commandeering a parcel of land from surrounding Palestinian communities.  Often, outposts are transformed into “settlements” (i.e. colonies) through the collusion of Israeli government officials, and various sympathetic communities both inside Israel and abroad.  Outposts have become an issue during peace negotiations because, even if Israel claims that the number of “settlements” has not grown, the number of outposts has often grown.

[3]Israel’s Central Bureau of Statistics. “Population of Localities with over 2,000 residents and by other geographical divisions – June 2009”. Table 1 – Population by District and Sub-District.

[11] Canada in not only a signatory to the Statute of Rom, and thereby obliged to uphold its provisions, it has also incoorated theStatute’s provisions into its domestical criminal code, via the Crimes Against Humanity and War Crimes Act