CJPME Factsheet 79, published April, 2010: This factsheet looks at how freedom of expression is protected in Canada, as well as what constitutes hate speech and what laws pertain to it in Canada, particularly Section 318 and Section 319 of the Canadian Criminal Code. This factsheet also addresses the question of whether criticism of Israel can be equated with hate speech.

Freedom of Expression and Hate Speech in Canada

Factsheet Series No. 079, created: April 2010, Canadians for Justice and Peace in the Middle East
View factsheet in PDF format 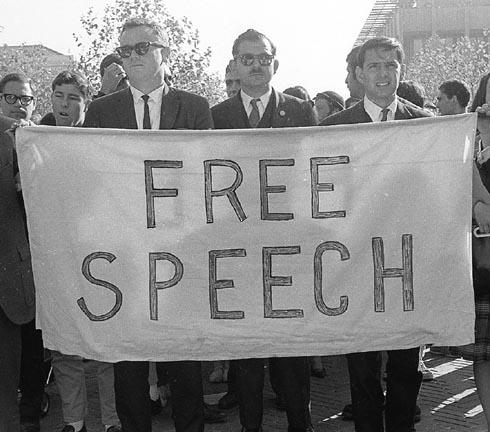 How is freedom of expression protected in Canada?

Section 2(b) of Canada’s Charter of Rights and Freedoms states that “Everyone has the following fundamental freedoms: ... freedom of thought, belief, opinion and expression, including freedom of the press and other media of communication.”

What is hate speech, and what laws pertain to it in Canada?

Hate speech lacks a formal international definition, but is usually described as written or oral communication perceived to disparage a person or group of people based on their social or ethnic group.  The danger of inciting violence or prejudicial action against such groups is also often mentioned.  Two sections of the Canadian Criminal Code are relevant, first Section 319, and then Section 318.[i]

Section 319 defines “public incitement of hatred” as an indictable offence:

(1) Every one who, by communicating statements in any public place, incites hatred against any identifiable group where such incitement is likely to lead to a breach of the peace is guilty of

(a) an indictable offence and is liable to imprisonment for a term not exceeding two years; or

(b) an offence punishable on summary conviction.

(2) Every one who, by communicating statements, other than in private conversation, wilfully promotes hatred against any identifiable group is guilty of

(a) an indictable offence and is liable to imprisonment for a term not exceeding two years; or

(b) an offence punishable on summary conviction.

However, there are some defences against such charges. Subsection 3 of Section 319 states:

No person shall be convicted of an offence under subsection (2)

(a) if he establishes that the statements communicated were true;

(b) if, in good faith, the person expressed or attempted to establish by an argument an opinion on a religious subject or an opinion based on a belief in a religious text;

(c) if the statements were relevant to any subject of public interest, the discussion of which was for the public benefit, and if on reasonable grounds he believed them to be true; or

(d) if, in good faith, he intended to point out, for the purpose of (their) removal, matters producing or tending to produce feelings of hatred toward an identifiable group in Canada.

Under Section 319, “statements” includes words spoken or written or recorded electronically or electro-magnetically or otherwise, and gestures, signs or other visible representations.

Section 318 is also pertinent, as it defines advocating or promoting genocide as an indictable offence:

(1) Every one who advocates or promotes genocide is guilty of an indictable offence and liable to imprisonment for a term not exceeding five years.

(2) In this section, “genocide” means any of the following acts committed with intent to destroy in whole or in part any identifiable group, namely,

(a) killing members of the group; or

(b) deliberately inflicting on the group conditions of life calculated to bring about its physical destruction.

Legal proceedings for charges under Section 318 or Section 319 of the Criminal Code cannot be instituted without the consent of the Attorney General.

Do motions by the House of Commons or legislatures affect Canadian laws on freedom of expression?

Unless an amendment to the Criminal Code expressly equating the use of the word “apartheid” in reference to Israel with anti-Semitism or inciting hatred of Israelis or Jews were passed, it would be unlikely that charges of “public incitement of hatred” for using the phrase “Israeli apartheid” would stick.

However, resolutions by MPs in the House of Commons (or by elected members of provincial legislatures) condemning the use of certain terms – for example, “Israeli apartheid” – have an impact inasmuch as they are indicative of an informal interpretation by the House of Commons or the legislatures in question concerning what are “reasonable limits” on a right (freedom of expression). “Reasonable limits” are expressly allowed by the Charter. It is possible that a judge might take the passing of such resolutions into account when trying to decide if someone’s right to use the expression “Israeli apartheid,” for example, could be restricted. Thus, it was important that a motion to that effect was not passed by the House of Commons.

Can criticism of Israel be equated with hate speech?

The short answer is “no.” Canada has a long tradition of allowing strong and sharply-worded criticism of foreign governments and of our own, and doing so is not considered “public incitement of hatred” of the ethnic or religious group(s) associated with the particular country criticised.  It is, however, important for those expressing themselves to distinguish between governments and religious or ethnic groups.  The use of words with a religious or ethic connotation (i.e. Jew, Zionist, Muslim, Islamist) to refer to a policy might leave people discussing the Israeli-Palestinian conflict more vulnerable to charges of hate speech than if they used more clearly political categories (e.g. “Israeli government”, “Hamas”).

However, if someone were to call for the dismantling of Israelper se or for the destruction of the state of Israel (in contrast to simply calling for an end to the Occupation, respect for human rights, etc.), it might fall into the category of incitement to genocide.  This is because, if such a call were to be heeded and put into effect, the Israeli people would cease to exist; therefore making such a call equivalent to calling for the destruction of the Israeli people (i.e. genocide.)  As well, there is also a body of international jurisprudence that makes it clear that Holocaust denial also falls into the category of “incitement to racial hatred.” Given that the Holocaust was a factual event, it is important for those discussing it (including when discussing the establishment of the State of Israel) to refrain from comments that could be interpreted as casting doubt on the reality or magnitude of Holocaust. (The question of whether the Holocaust can be used as justification for Israel’s actions – as is often implied – is a different matter.)

The Canadian government itself has criticized the Israeli occupation of East Jerusalem, Gaza and the West Bank, and many other aspects of Israeli government policy that grassroots Canadian critics of Israel often criticize, especially during Israeli Apartheid Week. There is no legal basis in Canada for equating such criticisms with public incitement of hatred or with anti-Semitism.

What happens when someone is convicted of hate speech?

Charges of “public incitement of hatred” (hate speech) cannot be laid without the consent of the Attorney General.  However, if such charges are laid, and if one is convicted, one could face a jail term of up to two years. Being convicted of any criminal offence can result in deportation, if one does not have Canadian citizenship. Conviction of the criminal offence of public incitement of hatred is no exception. Ernst Zundel, a German neo-Nazi and prominent Holocaust denier, was deported in 2005[ii] after having lived in Canada for 40 years. He was tried and convicted in Germany of 14 counts of inciting racial hatred, and sentenced to 5 years in prison.  The German Federal court deemed Holocaust denial to be incitement of racial hatred.[iii] Canadian courts would likely take the same view.