CJPME Factsheet 84, published June, 2010: This factsheet provides an overview of the area known as the Golan Heights, a rocky plateau located in south-western Syria which has been under Israeli occupation since 1967. Today, Israel exports roughly $22 million dollars worth of wine each year — with approximately 38% originating from the Golan Heights. By buying and selling wine from the Golan Heights, Canadian liquor commerce encourages and legitimizes Israel’s military occupation of the Golan.

Factsheet Series No. 084, created: June 2010, Canadians for Justice and Peace in the Middle East
View factsheet in PDF format 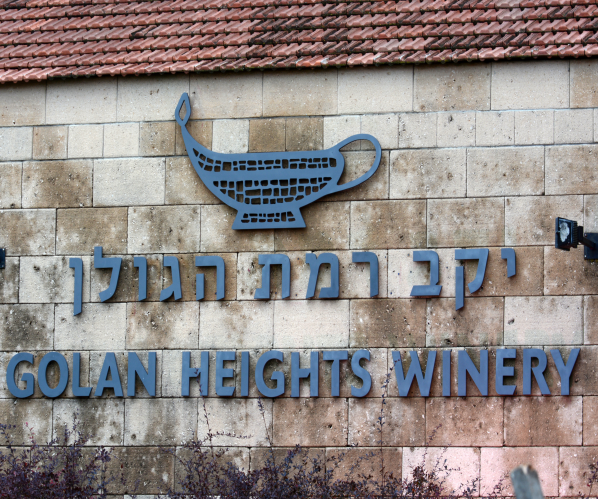 What are the Golan Heights?

The area known as the Golan Heights is a rocky plateau located in south-western Syria which has been under Israeli occupation since 1967. During the 1967 War, Israel seized the Golan Heights from Syria, largely depopulating the area and creating about 100,000 Syrian refugees.[1] Soon after the Golan was captured, Israel began transferring its own civilian population into the occupied Golan and building illegal colonies. Syria was unable to re-capture the Golan during the 1973 Yom Kippur war, and in 1974 signed an armistice agreement with Israel. UN Peacekeeping forces (UNDOF) have been on the ceasefire line since 1974 to monitor the truce. In 1981, Israel passed the “Golan Heights Law” which effectively annexed the Golan by extending Israeli civil law to the area.  This move on the part of Israel was broadly condemned by the international community, and declared “null and void and without international legal effect” in UN Security Council Resolution 497 (Dec. 17, 1981.)  Peace negotiations have failed to return the Golan Heights to Syria, in part due to the strategic significance of the Heights. Its topography provides a natural buffer zone against military assault, and the area is also a key source of water for the region. Today there are more than 30 Israeli colonies in the Golan with an estimated population of 20,000 Israeli colonists.[2]

What is significant about wine from the Golan Heights?

Israeli-labelled wine is produced in the Golan Heights and four other regions. Israel exports roughly $ 22 million dollars worth of wine each year; with approximately 38% originating from the Golan Heights.[3] [4] Unlike Israel’s other wine regions (excluding the Judean Hills), the wineries, vineyards, and company headquarters for Golan Heights wine are located on Israeli-occupied Syrian land. Under international law, the establishment of colonies and colonial infrastructure on occupied territory is illegal. This is indicated in the Fourth Geneva Convention (Art. 49, p. 6), and in the Rome Statute of the International Criminal Court, which considers the transfer of a population to occupied territories a war crime.[5] Furthermore, the continuing establishments of colonies on Syrian land significantly hinder the achievement of a “comprehensive just and lasting peace deal in the Middle East,” as described in UN Security Council Resolution 446 (March 22, 1979.)

By buying and selling wine from the Golan Heights, Canadian liquor boards are encouraging and legitimizing Israel’s military occupation of the Golan. This is in violation of the Fourth Geneva Convention, numerous UN Security Council resolutions and stated Canadian policy on the Israeli-occupied Arab territories. Liquor boards are also in direct violation of Article 3(Section C) of the UN Norms on the Responsibilities of Transnational Corporations and Other Business Enterprises issued in 2003 which states that “[t]ransnational corporations and other business enterprises shall not engage in nor benefit from war crimes, crimes against humanity...other violations of humanitarian law and other international crimes against the human person as defined by international law, in particular human rights and humanitarian law.”[6]

The labelling of Golan wines in Canadian liquor stores as “products of Israel” is also problematic. Although under the Canada-Israel Free Trade Agreement (CIFTA), there is no distinction between products that are sourced from occupied territories and those from the state of Israel; the Canadian government does not recognize Israel’s claims to the Golan Heights.[7] Therefore, by labelling wine made in the Golan as an Israeli commodity, wines coming from illegal colonies are able to circumvent Canadian import taxes and duty fees. Not only does this mislead Canadian consumers and prevent them from making informed and ethical consumption choices, labelling wine from the occupied Golan Heights as being a product of Israel is also in violation of Canadian Food Inspection Agency (CFIA)’s Guide to Food Labelling and Advertising. Under CFIA’s regulation, to claim to be a wine of a country it must be “made from at least 75 percent of the juice of grapes grown in that country and it is fermented, processed, blended and finished in that country.”[8]  Therefore, since Golan wines are made entirely on occupied Syrian territory, it cannot be labeled as being an Israeli product.

Canada’s 13 provincial and territorial liquor boards work together through the Canadian Association of Liquor Jurisdictions (CALJ) on liquor-related issues of common interest. CALJ’s mandate, since 1942, is to “promote and encourage frank, open and ethical practices concerning the control, purchase and/or sale of alcoholic beverages.”[9] By selling wine from the Golan Heights, Canadian liquor boards are undermining their own commitment to ethical business practices.

It is also important to note that in July 2005; more than 170 Palestinian civil society organizations issued a call asking the international community to boycott Israeli products in order to promote recognition of the Palestinians’ right to self-determination.  The Palestinian call asked for a boycott of any business or institution participating “directly or indirectly” in the Israeli military occupation of Palestinian territories.  Thus, even apart from Golan-based Israeli-labelled wines, social justice- minded Canadians would still want to boycott liquor boards which carry any Israeli wines in an effort to economically pressure Israel to cease its occupation.

What Golan and Israeli wines are sold at my liquor board?

Although Canadian liquor boards have total control over hard liquor (except in Alberta), the sale of beer and wine can be privatised, and sold at local convenience stores, grocery stores, and in several independent owned and operated stores and websites across Canada. For more information on the wines sold at Canadian provincial liquor boards and alternative sale locations for wine see www.cjpme.org/consumerboycott.htm.

When should the boycott of liquor boards end?

How else can I pressure Canadian liquor boards to join the boycott?

CJPME‘s boycott campaign is calling upon all individuals and members willing to put pressure on the Israeli government to withdraw from the occupied Arab territories. All concerned citizens can visit the CJPME Website for additional tools to pressure Canadian liquor boards to join the boycott.