CJPME Factsheet 93, published July, 2010: Since many factors are making the two-state solution seem increasingly unlikely, this factsheet looks at the possible alternatives or outcomes should peace negotiations fail. John J. Mearsheimer, a renown author and professor of political science at University of Chicago, believes that a two-state solution would be the best outcome for both the Israelis and Palestinians, but fears that time is running out for a viable two-state resolution. Barring a two-state solution, Mearsheimer hypothesizes that there are only three possible alternatives: a democratic, bi-national state, ethnic cleansing, and apartheid.

Alternatives to a two-state solution: A realist perspective

Factsheet Series No. 093, created: July 2010, Canadians for Justice and Peace in the Middle East
View factsheet in PDF format 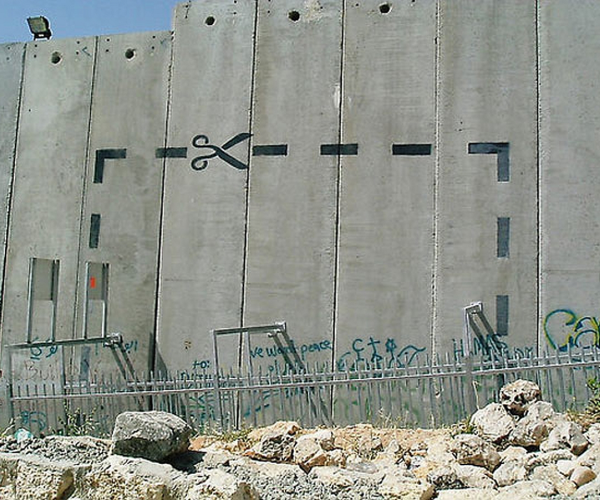 Distinguished public figures such as Jimmy Carter and Desmond Tutu have warned that if Israel continues its occupation of the Palestinian territories it will become an apartheid state. Many believe that Israeli policies in the OccupiedPalestinianTerritories (OPT) already amount to apartheid. For example, in May, 2009, the South African Human Sciences Research Council (HSRC) issued a report titled “Occupation, Colonialism, Apartheid: A re-assessment of Israel’s practices in the occupied Palestinian territories under international law.” The report states explicitly, “this study concludes that Israel has introduced a system of apartheid in the OPT.”

Most agree that a two-state solution based on 1967 borders is the only way to justly resolve the Israeli-Palestinian conflict. This would necessitate the creation of an independent, contiguous Palestinian state west of the Jordan River and connected to the Gaza Strip on the Mediterranean Sea. But many factors are making the two-state solution seem increasingly unlikely, most notably the election of Israel’s most overtly hawkish right-wing government in recent history in 2009, and the ongoing colonization of Palestinian land by nearly 500,000 Israeli settlers. Yet there are not many viable alternatives to the two-state solution. As then Prime Minister Ehud Olmert said in 2007, “If the day comes when the two-state solution collapses, and we face a South African-style struggle for equal voting rights (also for the Palestinians in the territories), then, as soon as that happens, the State of Israel is finished.”[1]

What are the alternatives to the two-state solution?

John J. Mearsheimer is a realist international theorist, and a professor of political science at the University of Chicago who co-authored the book The Israel Lobby and U.S. Foreign Policy. Mearsheimer believes that “Israel is not going to allow the Palestinians to have a viable state of their own in Gaza and the West Bank. […] Instead, those territories will be incorporated into a ‘Greater Israel,’ which will be an apartheid state bearing a marked resemblance to white-ruled South Africa.”[2]

Why is the two-state solution no longer possible?

Israel will not disband its colonies in the occupied Palestinian territories.  According to Mearsheimer, the main reason a two-state solution in no longer an option is that Israelis will not make the necessary sacrifices to create a viable Palestinian state. For starters, the nearly 500,000 settlers living in the OPT would have to be removed and most settlers would use all means to resist any rollback of the “settlement” enterprise. In any event, the Netanyahu government is committed to expanding Israeli colonies and opposed to creating a viable Palestinian state.[6] In addition, there is no sizeable pro-peace political party in Israel advocating for a two-state solution—something that would contradict Zionism’s vision of an Israeli state on all of historic Palestine. As Mearsheimer points out, “Even Yitzhak Rabin, who was determined to make the Oslo peace process work, never spoke about creating a Palestinian state. He was merely interested in granting the Palestinians some form of limited autonomy, what he called ‘an entity which is less than a state.’ Plus, he insisted that Israel should maintain control over the Jordan River Valley and that a united Jerusalem should be the capital of Israel.”[7]

The Israel Lobby will prevent the United States from compelling Israel to compromise.  Another obstacle to achieving the two-state solution is the Israel lobby in the US. While the US holds real leverage over Israel which it supports both materially and diplomatically, it is inhibited because of the incredible power of the Israel Lobby. The lobby, according to Mearsheimer, is “a remarkably powerful interest group that has a profound influence on U.S. Middle East policy.” As he points out, every American president since 1967 has opposed settlement building yet none has been able to get Israel to stop building them, even during the years of the Oslo Accords. Between 1993 and 2000, Israel confiscated 40,000 acres of Palestinian land, constructed 250 miles of roads for settlers, doubled the number of settlers, and built 30 new settlements. President Clinton did little to halt this expansion, and the United States continued to give Israel billions of dollars and to protect it diplomatically.

Other obstacles,  Two other reasons Mearsheimer cites as preventing the establishment of a Palestinian state are that 1) Palestinians are often divided, especially at present with the Fatah-Hamas divide, and that 2) Christian Zionists, a powerful domestic political force in the U.S., are opposed to a two-state solution because they believe the seizure by Israel of all of Palestine will hasten the second coming of Christ.

No. According to Mearsheimer Israeli apartheid will not be sustainable because international public opinion will not tolerate it. Apartheid is impossible to defend because it is antithetical to core Western values. Apartheid Israel will also become too much of a strategic liability for the U.S. to support. Top level U.S. politicians, intelligence officers and military commanders have recently said that Israel’s colonization of Palestinian lands and the Israeli occupation are hurting American interests in the Middle East and surrounding areas.[8] The Israel lobby will not be able to defend Israel because most American Jews will not back Israel once it becomes a full-fledged apartheid state. Israel will eventually have to become a democratic bi-national state.

The internet and Palestinian non-violent resistance will be among the most important and effective approaches to mobilizing international support for the Palestinian cause. According to Mearsheimer, the war of ideas “is ultimately the battleground on which Palestine’s future will be determined.”

[2] Mearsheimer, John. “The future of Palestine: Righteous Jews vs. the New Afrikaners.” Lecture given at the PalestineCenter in Washington, D.C. April 29, 2010.

[6] The 2006 Likud election platform stated: “The Government of Israel flatly rejects the establishment of aPalestinian Arab state West of the Jordan river. The Palestinians can run their lives freely in the framework of self-rule, but not as an independent and sovereign state. Thus, for example, in matters of foreign affairs, security, immigration and ecology, their activity shall be limited in accordance with imperatives of Israel's existence, security and national needs.”

[7] Mearsheimer, John. “The future of Palestine: Righteous Jews vs. the New Afrikaners.” Lecture given at the PalestineCenter in Washington, D.C. April 29, 2010.