CJPME Factsheet 94, published July, 2010: Egypt has one of the most developed and diversified economies of the Middle East, second in the Arab world only to Saudi Arabia. Currently, the country may be standing on the brink of turmoil. Some analysts call it a ticking time bomb that might go off at anytime. This factsheet looks at Egypt’s political landscape, the degree of accountability and civil liberties (or lack thereof), what is at stake for Egypt and for the region in a post-Mubarak environment, and who are the individuals that could end up replacing him.

Egypt in a post-Mubarak Environment

Factsheet Series No. 094, created: July 2010, Canadians for Justice and Peace in the Middle East
View factsheet in PDF format 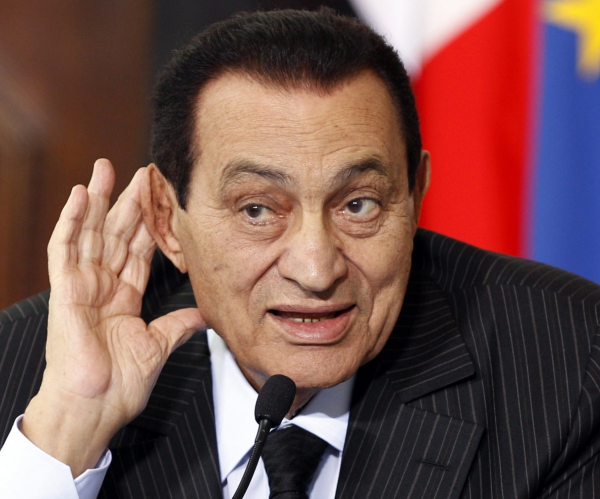 Egypt has one of the most developed and diversified economies of the Middle East, second in the Arab world only to Saudi Arabia.  Nevertheless, it may be standing on the brink of turmoil. Some analysts call it a ticking time bomb that might go off at anytime. They are referring to Hosni Mubarak, Egypt’s 82-year-old president who has ruled the country in an authoritarian way since 1981. The question on the minds of everyone from Egyptian shopkeepers to Whitehouse officials is: who or what will come after Mubarak?

Who is Hosni Mubarak?

Muhammad Hosni Sayyid Mubarak was born in May 1928. An Egyptian Air Force officer, Mubarak undertook training in the Soviet Union and eventually rose to the rank of Air Marshall and Deputy Minister of Defence. He was granted the rank of Air Chief Marshal for his role in the 1973 war with Israel which he helped plan, and was appointed vice president in 1975. He became president in 1981 following the assassination of Anwar El Sadat, and Chairman of Egypt’s National Democratic Party (NDP). Throughout his term as president, Mubarak has cracked down on opposition, frequently imprisoning political opponents and activists.  Corruption under Mubarak’s government  has also been widespread.[i] Mubarak is disliked in many quarters of Egyptian society, and has survived several assassination attempts. Mubarak is an economic liberal and sought to implement economic reform during his tenure.  Despite his efforts, Egypt continues to suffer from high unemployment and low standards of living.

Is Egypt a democracy?  Do Egyptians enjoy civil liberties?

Not really. While elections take place at various levels of society, the important ones lack credibility.  For many years, President Mubarak has been “re-elected” four times in elections of limited validity, since alternative candidates were not allowed to run against him until 2005. Following domestic and international pressure for democratic reform, the 2005 elections were held with multiple candidates although electoral institutions remained under the president’s control. Nevertheless, the only opposition group with broad public recognition and support - the Muslim Brotherhood, which has been banned in Egypt for 50 years - was not allowed to field a candidate. A prominent opposition candidate, Ayman Nour of the Tomorrow Party, was stripped of parliamentary immunity and jailed, accused of forging signatures to register his party. He vehemently denied the charges, largely seen as being trumped-up by observers, and was released following heavy pressure from the United States and the European Union. He came a distant second in the elections, winning 8% of the vote against 89% for Mubarak, although no international observers were allowed to monitor the elections. Thee months later, Nour was sentenced to five years of hard labour.[ii] A diabetic, he was released after 3 years on health grounds.

In terms of civil liberties, an emergency law in force since Sadat’s assassination in 1981 allows the government to detain prisoners indefinitely and without charges, limits freedom of expression and assembly, and maintains a special security court.[iii] The law was extended for two years in May, 2010, despite years of the government’s promising to end the state of emergency. Human rights groups and political activists widely criticized the extension, which they said signalled little was going to change in a nation where political opposition is routinely silenced by the police.[iv] The extension also contradicted Mubarak’s 2005 re-election campaign promise that he would replace the emergency law with a provision focusing exclusively on terrorism.[v] Other campaign promises also remain unimplemented, such as increasing political freedoms and fostering the establishment of alternative political parties.


Who could replace Mubarak?

The next presidential election is scheduled for Sept., 2011. Mubarak could choose to run again if ill health does not prevent him from doing so.  Nevertheless, if Mubarak does not run, likely replacements might include:

What is at stake for Egypt and for the region?

The choice of successor to Mubarak matters first and foremost to Egyptian citizens who aspire to a higher quality of life and broader civil liberties.  Egypt’s neighbours and allies – Israel, Saudi Arabia and the United States – also have much at stake, as turmoil in Egypt could have a destabilizing effect in the region as a whole. Egyptian initiatives in the region, such as attempts at reconciliation between Hamas and Fatah, and Egypt-Israel relations would be thrown into limbo if Mubarak’s succession leads to turmoil.  Israel, naturally, will be vigilant of any foreign policy shifts from Egypt—which signed a peace treaty with Israel in 1979—especially concerning the Gaza Strip and Hamas. The United States will be watching developments closely as Egypt, one of the leading contributors in the Gulf War, has been an indispensable ally in the region for over three decades.

Previous presidents ofEgypt—Gamal Nasser and Anwar El Sadat—served until they died. In that sense, Mubarak standing down would be unprecedented. But a prolongation of the uncertainty of Mubarak ruling into old age, unable to govern dynamically, may be worse than the alternatives.

[i] According to the Global Coalition Against Corruption, Egypt ranked 105 in the list of least corrupt countries in 2006, tied with Burkina Faso and Djibouti, and 115 in 2008. Finland was seen as the least corrupt nation.