CJPME Factsheet 96, published September, 2010: This factsheet provides an overview of the two main reasons why CJPME is advocating a boycott of Israel: First, over 170 Palestinian civil society organizations have asked for such a boycott, in order to pressure Israel to stop violating international law and Palestinians’ human rights. Second, many multinational and Israeli companies are violating international law by investing in or profiting from the Israeli occupation of Palestinian territory. This factsheet also looks at the focus of CJPME’s targeted boycott campaign, how CJPME adherents can get involved, and why the BDS campaign will be successful.

Factsheet Series No. 096, created: September 2010, Canadians for Justice and Peace in the Middle East
View factsheet in PDF format 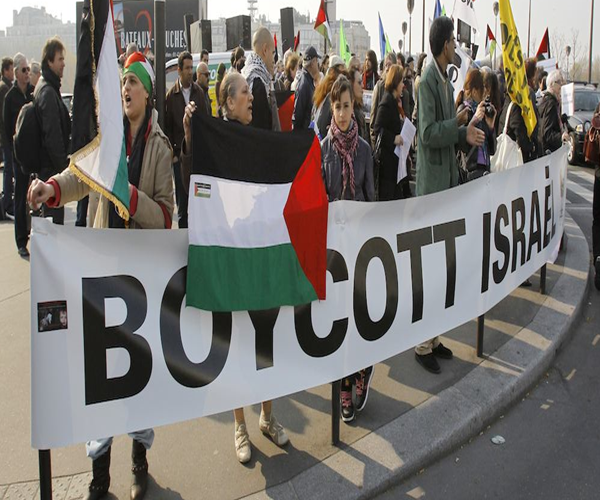 Why is CJPME calling for a boycott of Israel?

There are two reasons why CJPME is advocating a boycott of Israel:

First, over 170 Palestinian civil society organizations have asked for such a boycott, in order to pressure Israel to stop violating international law and Palestinians’ human rights.

In July 2005, 170 Palestinian civil society organizations issued a joint call to the international community to initiate boycott, divestment and sanctions (BDS) activities against Israel.[i] [ii] They did so because the international community’s attempts to modify Israel’s conduct by “constructive engagement” (i.e. dialogue, pressure at the UN, etc.) have failed entirely. Successive Israeli governments have ignored dozens of UN resolutions condemning Israel’s military occupation of Palestinian territories and the Golan Heights, its siege of Gaza, its establishment of illegal colonies (settlements) in occupied Palestinian territories, and its systemic discrimination against Palestinians resident in the occupied territories and Israel. Israeli governments have also violated most of the key commitments they undertook in signed peace accords to stop engaging in those actions. Since Israel is an image-conscious, trade-dependent country, a boycott may well work where diplomacy, dialogue and negotiations have not.

Second, many multinational and Israeli companies are violating international law by investing in or profiting from the Israeli occupation of Palestinian territory.  To give just a few examples:

In addition, Israel’s exports of other products – even ones not directly implicated in the occupation – bolster its economy. This in turn has helped successive governments – all of whom have continued the Occupation and promoted further colonization of Palestinian land – get re-elected.

What is the focus of CJPME’s targeted boycott campaign?

CJPME has launched a targeted boycott campaign which focuses on two particular areas:

Consumer Products: CJPME is advocating the boycott of consumer products and outlets, especially:

Performing Artists: CJPME is calling on artists to refuse to perform in Israel.

How can CJPME adherents get involved?

Why will the BDS campaign be successful?

Israel is a trade-dependent country, unlike a country like North Korea. Not buying Israeli products signals that one doesn’t buy the Occupation. A boycott will be successful because it’s a simple, non-violent strategy which, if enough people participate in it, will make the economic and political cost of continuing the Occupation too high for Israeli governments to withstand.

Israel is image-conscious, and seeks a secure place among the community of Western liberal democracies. Most Israelis have friends and relatives overseas. An effective BDS campaign will let Israelis know that the occupation is unacceptable to the international community.

How long will the BDS campaign take?

In the case ofSouth Africa, apartheid ended about 30 years after the cultural boycott began. That boycott gained momentum very slowly and was only supported by theUS and Canadian governments late in the process. However, with the advent of Internet, ordinary people and performing artists can be informed about the boycott ofIsrael more quickly, and begin making the right ethical choices more rapidly.

[i] “Palestinian Civil Society Calls for Boycott, Divestment and Sanctions against Israel Until it Complies with International Law and Universal Principles of Human Rights,” 9 July 2005, Palestine Solidarity Campaign, http://www.palestinecampaign.org/Index5b.asp?m_id=1&l1_id=19&l2_id=55 , retrieved 2010.08.12