Factsheet Series No. 102, created: November 2010, Canadians for Justice and Peace in the Middle East
View factsheet in PDF format 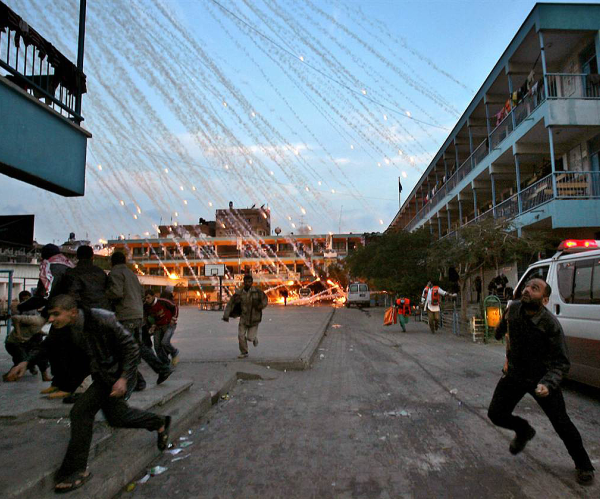 Apologists for Israel’s occupation of Palestinian territories and its blockade of Gaza often claim that human rights organizations — including Canadians for Justice and Peace in the Middle East (CJPME) — unfairly single out Israel for criticism.  This is false.  They also claim that such organizations ignore or tacitly support human rights violations by Palestinians and/or other groups or countries.  This too is false.

What core principles and beliefs guide CJPME’s positions and actions?

CJPME’s positions and day-to-day work are guided by three pillar beliefs: respect for international law; equal expectations of all parties to conflict; and the conviction that violence is not a solution.

No. CJPME consistently criticizes violations committed by all the actors in the Middle East. The following are just some examples of CJPME positions on the actions of actors other than Israel:

“CJPME further believes that all acts of violence against civilian populations, whether suicide bombings or massive bombardments of civilian areas and infrastructure, constitute grave violations of international law. These should all be condemned as criminal and ineffective means to achieving any political goals. Differences in military capabilities notwithstanding, civilian populations should never be turned into means to a political end; the targeting of civilians by both state and non-state actors only serves to deepen intransigence and intensify the polarization already present in the region.”[ii] (italics added)

Why does CJPME focus on Israel and the Palestinians?

There are several reasons why the situation between Israel and the Palestinians is a central focus of CJPME’s work:

Why are CJPME and other rights organizations so critical of Israel?

Although all violations of international law are to be condemned, the magnitude and gravity of Israel’s violations of Palestinian rights far exceeds the magnitude of the violations by militant groups against Israel and its citizens. Therefore it is logical for CJPME and other human rights groups to devote particular attention to such violations. For example, the total number of Israeli fatalities from eight years of rocket fire from Gaza did not exceed 30. Yet the Israeli government claimed that that rocketfire compelled it to initiate a 22-day assault on Dec. 27, 2008 that left over 1400 dead—most of whom were civilians, including at least 300 children. As well, Israel’s occupation of Palestinian territories since 1967 is one of the longest occupations in modern history, and as such merits special attention.

Secondly, despite its deplorable human and humanitarian rights record, Israel aspires to a place for itself among liberal Western democracies.  It has sought support and preferential status with Europe, Canada and the US based on its claim that it is an island of liberal democracy in a sea of despotism. It is thus quite reasonable to hold Israel to international human rights standards, in the hope that Israel can ultimately be persuaded to improve its human rights record vis-à-vis the Palestinians.

No.  CJPME believes that Israel is an established presence in the Middle East, and should not fear for its survival.  CJPME understands the “two-state solution” – i.e. a Palestinian state co-existing alongside and Israeli state in peace and security – to be the most broadly palatable solution to the current conflict.  Implicit in this is the concept and ethical stance thatIsrael must continue to exist, despite the fact thatIsrael’s founding involved the dispossession of another people: the Palestinians.  However, because CJPME believes thatIsrael’s dispossession of the Palestinians – both inIsrael and the OPT – is ongoing and intensifying, CJPME believes it is increasingly important thatIsrael cease its human rights violations. Such a position, nonetheless, could never be equated with a suggestion to dismantle or otherwise threatenIsrael’s existence.