Factsheet Series No. 106, created: November 2010, Canadians for Justice and Peace in the Middle East
View factsheet in PDF format 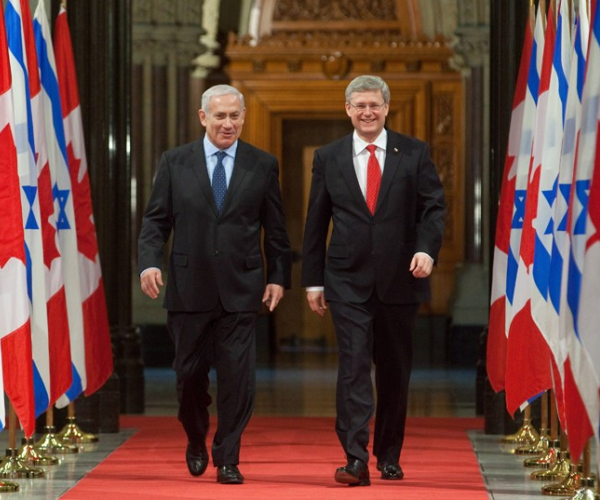 Does Canada belong to a “moral majority” in international forums?

No.  To the contrary, Canada has increasingly isolated itself on the short side of innumerable one-sided votes.  The following are examples from among dozens which occur each year in international forums:

What are examples of Canada’s pro-Israel Middle East policy?

The following are several examples of some of the different ways in which Canada has been conspicuously unbalanced in its approach to Israel and the Middle East in recent years.

What are examples of int’l reaction to Canada’s pro-Israel policy?

How does Canada officially justify its isolated positions?

In recent years, Canada has chosen to depart from a principles-based foreign policy, in favour of a rhetoric-based position-taking.  While rhetoric can sometimes be compelling, it is often a mechanism used to justify inaction, or to excuse a particular bias.  Some examples:

As long as its policy is based on subjective pretexts (e.g. “balance,” “helpfulness,” “focus,” etc.), and not principles (e.g. international law), Canada will continue to be marginalized on the international scene.

[6] “Israel Bars Some Foreign Academics Who Teach in the West Bank” Sept. 3, 2009. Kalman, The Chronicle of Higher Education.