CJPME Factsheet 108, published February, 2011: This factsheet provides an overview of The Palestine Papers, a set of over 1600 confidential documents about Israeli-Palestinian peace negotiations obtained by Al Jazeera news network and shared exclusively with the UK newspaper The Guardian. Al Jazeera and The Guardian began publishing the Papers in January 2011. These documents are controversial because they reveal that the Palestinian Authority (PA) offered Israeli peace negotiators huge concessions at odds with the PA’s public stances and many Palestinians’ expectations.

Factsheet Series No. 108, created: February 2011, Canadians for Justice and Peace in the Middle East
View factsheet in PDF format 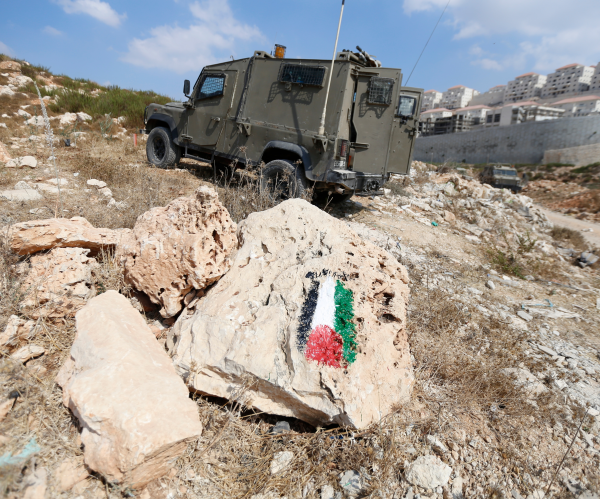 What are the “Palestine Papers” and why are they controversial?

The Palestine Papers are a set of over 1600 confidential documents about Israeli-Palestinian peace negotiations obtained by Al Jazeera news network and shared exclusively with the UK newspaper The Guardian. Al Jazeera and The Guardian began publishing the Papers Jan. 23, 2011. They are controversial because they reveal that the Palestinian Authority (PA) offered Israeli peace negotiators huge concessions at odds with the PA’s public stances and many Palestinians’ expectations, including:

-       Allowing Israel to annex all of the Israeli colonies (a.k.a. “settlements”) built in occupied East Jerusalem in violation of international law, except Har Homa. This contradicts the PA’s public stance that East Jerusalem will be the future Palestinian state’s capital

As well, certain discussions recounted in the Papers have been interpreted, especially by Hamas, as indicating that PA leaders were forewarned of Israel’s assault on Gaza in early 2009. However, PA authorities say that they only knew what Israel was already announcing to the world: that it would respond with extreme force to rocketfire originating in Gaza in November and December of 2008.[4]

PA representative Saeb Erekat (above, left) has condemned the release of the Palestine Papers as a smear campaign. He says that the Papers have been taken out of context and that until everything in a peace agreement is agreed to, no single concession will be agreed to.[5]

What do the Palestine Papers reveal about the PA’s negotiating stance?

The Papers reveal that in a fruitless effort to secure Israel’s commitment to allow the Palestinians to establish an independent state, PA negotiators have been desperate enough to offer enormous and painful concessions guaranteed to be unpopular with many Palestinians.

However, as noted by Israeli peace group Gush Shalom—which accompanies Palestinians in their confrontations with the Israeli army and settlers in the Occupied Territories—these concessions do not represent a major departure from the PLO’s long-time stances. As early as 1992, the late PLO leader Yasser Arafat accepted similar proposals. He also reportedly accepted that Israel would define itself as a “Jewish state” and that the return of millions of Palestinian refugees to Israel was no longer practical.[6]

What do the Palestine Papers reveal about Israeli negotiating stances?

The Papers reveal that contrary to its claims Israel has had an extraordinarily flexible negotiating partnee, the PA, yet rebuffed its offers, and instead made demands that most Palestinians would find humiliating:

What else do the Palestine Papers reveal?

[2] The Guardian, “Papers reveal how Palestinian leaders gave up fight over refugees,” Jan. 24, 2011

[3] Reasons include: 1) most of the 3 million refugees in camps in Lebanon, Jordan or Syria would then have only two options—remain in the camps or move to the future Palestinian state, even if they originated in what is now Israel; 2) The “right of return” of Palestinians who fled or were expelled from Mandate Palestine during the 1947-48 civil war or the 1948-49 First Arab-Israeli war is considered by some an individual right that only the individuals themselves—not negotiators—can waive; 3) Palestinians still living in Israel will be unable to reunite their families without abandoning their homes there.

[4] The rocketfire occurred after Israel broke the ceasefire that had been in effect since June 2008 by assassinating a Hamas leader it believed responsible for suicide bombings.

[6] Private correspondence between CJPME and Gush Shalom peace organization’s founder Uri Avnery, who discussed peace negotiations extensively in person with Arafat and other PLO leaders in 1992.

[9] The Guardian. “Papers reveal how Palestinian leaders gave up fight over refugees”, Jan. 24, 2011

[14] The Guardian, “PLO urged Israel and Egypt to do more to prevent Gaza smuggling,” Jan. 25, 2011. Erekat also complained to US envoy George Mitchell in 2009 that not enough was being done to seal off tunnels from Egypt into the Gaza Strip, saying the tunnels were undermining the siege of the Hamas-controlled territory. The PA’s deep enmity for Hamas increased after Hamas’s takeover of the Gaza Strip in 2007, but the PA did admit that over the long run, the rift with Hamas had to be healed in order to avoid the loss of Gaza and the breakup of the Palestinian territories.

[15] Al Jazeera. “PA stonewalled the Goldstone vote,” Jan. 26, 2009. Abbas recognized that he asked for the delay, but stated he did so to gain time to consolidate support for the resolution, its implementation and punishment of those who perpetrated the crimes.