CJPME Factsheet 114, published February, 2011: This factsheet provides an overview of the protests taking place in Bahrain. This factsheet looks at the root causes behind Bahrain’s protests, such as the monopoly on political power by the al-Khalifa royal family, the sharp deterioration of human rights in latter half of 2010, and the political marginalization, discrimination and poverty to which the Shia majority is subjected. This factsheet also looks at the evolution of Bahrain’s protests, the government’s reaction towards them, and their international impact, mainly with regard to military and energy implications.

Factsheet Series No. 114 created: February 2011, Canadians for Justice and Peace in the Middle East
View factsheet in PDF format 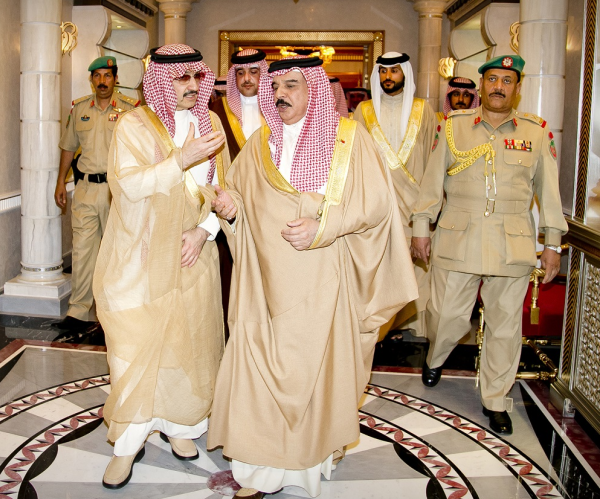 What are the root causes of Bahrain’s protests?

The al-Khalifa royal family has a monopoly on political power:


Sharp deterioration of human rights in latter half of 2010:

Although King Hamad dramatically improved the human rights situation after assuming power in 1999,[2] Human Rights Watch noted a sharp deterioration of human rights conditions in the latter half of 2010:[3]


The Shia majority is subjected to political marginalization, discrimination and poverty:

How have Bahrain’s protests evolved, and how has the government reacted?

There were months of street protests in the first half of 2010. The government detained activists who criticized Bahrain’s human rights record at a public meeting in London. It suspended Al Jazeera May 18, after it broadcast a feature on Bahrain’s poverty.[5] The government launched a major crackdown in the latter half of 2010 (see above). Angered by that, and energized by Tunisia’s “Jasmine Revolution” and the overthrow of Egypt’s long-time president Hosni Mubarak, Bahraini cyber-activists scheduled a “Day of Wrath” for Feb. 14, 2011, 10th anniversary of a referendum approving a reform charter. The royal family tried to stave off protests by offering a subsidy of $2650 per family. Despite that, protesters hit the streets across Bahrain Feb. 14, calling for constitutional changes, release of political prisoners and an end to torture. Police killed one; 25 others were injured.

With the outrage at the Feb. 14 killings, the number of protesters swelled. On Feb. 15 10,000 to 20,000 attended the victim’s funeral. In addition to the previous demands, they also called for a democratically-elected government and an end to anti-Shia discrimination. Without warning, police opened fire on the mourners, killing one. Al-Wifaq MPs suspended their participation in parliament. Protesters and their children began massing at Manama’s Pearl Roundabout (a.k.a “Pearl Square”). Resisting government attempts to portray the protests as Shia vs Sunni clashes, the protesters chanted “No Sunnis! No Shiites! We are all Bahrainis!” Protesters also set up info-sharing Facebook pages.

On the morning of Feb. 16, 5-6,000 people gathered at the Pearl Roundabout. Most were Shia, but  many Sunnis also participated. For the first time, a large number of the protesters began calling for the Prime Minister and the entire Parliament to resign, and criticized the monarchy. Police temporarily withdrew from the vicinity. Internet access was slow, reportedly due to government interference. Protesters announced a large demonstration to be held Feb. 18.[6]

On Feb. 17th, shortly after 3:15 a.m., without warning, police began firing rubber bullets and tear gas into the crowds of protesters, including women and children, sleeping at the Pearl Roundabout. Truncheon-wielding police then clubbed their way into the crowds and dispersed them. Hospitals reported hundreds of people with serious gaping wounds, broken limbs and tear gas–related breathing problems. Police set up checkpoints on main roads and erected barbed wire around the Roundabout. Salmaniya hospital’s courtyard, where thousands of protesters had fled, became the new hub for planning the Feb. 18 protest. The government banned public gatherings.[7] [8]

What international impact may the protests have?

[12] US Department of State. “Background Note: Bahrain,” Jan. 20, 2011. Bahrain serves as the base for military operations in the Gulf. Bahraini pilots flew air strikes on Iraq in the 1991 Gulf war. Bahrain has provided extensive basing and overflight clearances for US aircraft used in the war in Afghanistan and the SecondGulf war.