CJPME Factsheet 115, published May, 2011: Canadian Tire is one of the oldest companies in Canada. Currently, Canadian Tire sells products from the Israeli company Keter Plastic that are manufactured in the Jewish-only colonies of Barkan and Oranit in the West Bank. By selling Keter Plastic products, Canadian Tire is encouraging and legitimizing Israel’s military occupation of Palestinian land, which violates several of the UN Norms on the responsibilities of transnational corporations.

Factsheet Series No. 115, created: May 2011, Canadians for Justice and Peace in the Middle East
View factsheet in PDF format 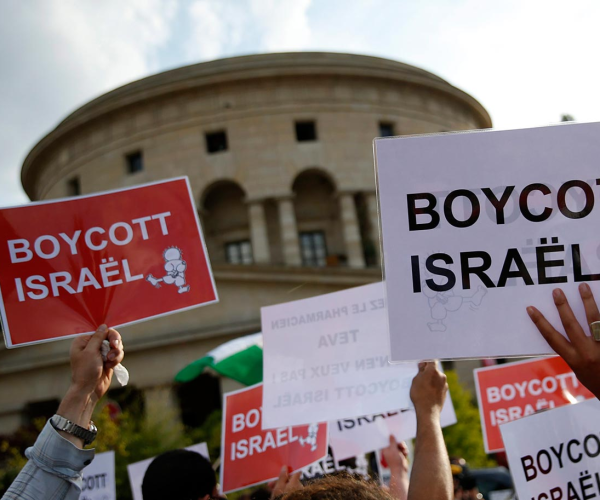 What is Canadian Tire and how is it involved with Israel?

Founded by the Billes brothers in 1922, Canadian Tire is one of the oldest companies in Canada. It has two branches: one financial and the other specializing in automotive parts (Partsource) and household retail goods. It also owns Mark’s Work Warehouse and l’Équipeur. Among other things, Canadian Tire offers manufactured products from Israëli companies under the label Keter and Keter-Black&Decker.[i]

Among other things, Canadian Tire sells products from the Israeli company Keter Plastic that are manufactured  in the Jewish-only colonies of Barkan and Oranit in the West Bank.[ii] Keter specialises in plastic items such as garden furniture, shelves, boxes, etc. These products are sometimes distributed under the brand name Keter-Black&Decker.

Established in 1981, the Barkan Industrial Zone is the second largest industrial zone in Israel and the occupied Palestinian territories. More than 120 companies operate in Barkan, employing 6,000 workers, of whom 40% are Palestinians.[iii] This illegal colony’s population was 1,200 at the end of 2004. The population of Oranit, in the West Bank since 1985, has risen from 230 people at its establishment to 5,917 inhabitants in 2009.[iv] The Oranit colony, along with three other Israeli colonies in the West Bank, was approved for expansion by former Israeli Defence Minister Amir Peretz in 2006.[v]

The existence of the industrial zones of Barkan and Oranit violates international law: the establishment of colonies and colonial infrastructure on occupied territories is illegal. Article 49 (par. 6) of the Fourth Geneva Convention and the Rome Statute of the International Criminal Court both state that it is a war crime for an occupying power to transfer its population to occupied territories.[vi] Furthermore, the continuing establishment of Jewish-only colonies on Palestinian land significantly hinders the achievement of a “comprehensive just and lasting peace deal in the Middle East,” as asserted in UN Security Council Resolution 446 (March 22, 1979).

By selling Keter Plastic products, Canadian Tire is encouraging and legitimizing Israel’s military occupation of Palestinian land. This violates several of the UN Norms on the responsibilities of transnational corporations and other business enterprises with regard to human rights, adopted in 2003. The Norms stipulate that “[t]ransnational corporations and other business enterprises shall not engage in nor benefit from war crimes, [or] crimes against humanity...”[vii]

According to Article 8 (Section D) of the same UN Norms, businesses must provide remuneration that allows workers an adequate standard of living. Although Israeli labour law applies in the colonies, and the factories are a source of income for many Palestinians, it must also be noted that the latter suffer discrimination. The average wage per day for a Palestinian worker ranges from 13 to 20 dollars, whereas an Israeli worker earns 40 dollars a day. Also, only 15% of the businesses in the colonies observe occupational health and safety regulations.[viii]

Article 7 (Section D) of the UN Norms states that companies must provide a safe and healthy work environment. However, the Barkan Industrial Zone is widely considered a “chemical bomb.” In fact, 97% of workers work in unhealthy conditions due to a lack of regulation and 59% of them are facing extremely dangerous conditions due to lack of appropriate equipment.[ix] Also, each year factories discharge over 810,000 cubic meters of polluted water into waterways and water tables, and onto Palestinian lands. A recent study found that this untreated pollution was causing the degradation of Palestinian agriculture and a hike in cancer rates among the population and workers.[x] Given the generalised non-enforcement of occupational health and environmental norms in colony industrial zones, in all likelihood Keter factories operate in a similar manner.

The Canada-Israel Free Trade Agreement (CIFTA) does not specifically distinguish between products from the occupied territories and those from the state of Israel. However, the Canadian government does not recognize Israel’s claims to the West Bank. Labelling a Keter product made in the West Bank colonies as a “product of Israel” is deceptive; it allows Keter to avoid Canadian import taxes and duties and it makes it difficult for consumers to make informed and ethical choices.

It is also important to note that in July 2005, more than 170 Palestinian civil society organizations issued a call asking the international community to boycott Israeli products in order to promote recognition of the Palestinians’ right to self-determination. They called for a boycott of any business or institution participating directly or indirectly in the Israeli military occupation of Palestinian territories.

How is Canadian Tire going against its own values?

Canadian Tire adopted its “Supplier Code of Business Conduct” in June 2008.[xi] It also demonstrates its social responsibility and commitment to the community through its Canadian Tire Jumpstart Foundation, which provides grants to less fortunate Canadian families. Meanwhile, however, Canadian Tire supplier Keter’s success is based on the exploitation of Palestinian families. Keter is violating two principles of Canadian Tire’s supplier code of conduct. First, the code stipulates that “[s]uppliers will provide workers with a safe and healthy working environment consistent with all applicable laws and regulations.”[xii] Yet, most Palestinians working in the Israeli colonies’ industrial zones suffer from problems like respiratory disorders, leg pains, and other kinds of ailments due to lack of protective measures.[xiii] The code also says that “[s]uppliers will, at a minimum, provide wages and benefits that comply with the laws of their country of operation.”[xiv] When hiring Palestinians, Israeli companies established in occupied territories do not respect applicable norms concerning minimum wage. Often, in the case of farm workers, for example, a Palestinian will receive a salary a third of that of his Israeli counterpart, or, in the case of the workers of the industrial zones, a wage equal to two-thirds of the minimum wage allocated to an Israeli employee (about $6 per hour). Generally speaking, the average income of an Israeli worker is 20% higher than that of a Palestinian worker in a comparable situation in the occupied territories.[xv] Unfortunately, Palestinians remain dependant on these precarious jobs: the unemployment rate is very high (26%) because of the military occupation by Israel.

When should the boycott of Canadian Tire end?

The boycott will end when Canadian Tire will takes off its shelves all products from Keter and any of its subsidiaries, or when Israel ends its occupation of Palestinian territory.

The Canadians for Justice and Peace in the Middle East (CJPME) boycott campaign is calling upon all interested individuals to pressure the Israeli government to withdraw from the occupied Palestinian territories and to visit the CJPME website at http://www.cjpme.org/bds.htm for additional tools on how to pressure Canadian Tire.


[i] United Civilians for Peace. 2010. “Update on Dutch economic links in support of Israeli occupation in Palestine and Syrian territories” http://www.unitedcivilians.nl/documents/docs/2010_Report_Update_Dutch_economic_links_with_the_israeli_occupation.pdf

[vii] “Norms on the responsibilities of transnational corporations and other business enterprises with regard to human rights,” UN, Article 3 (Section C)