CJPME Factsheet 116, published January, 2011: RE/MAX is a private international real estate agency with asset management in 76 countries that is facilitating the distribution of illegally-seized property in occupied Palestinian territory and assisting the Israeli government in its strategy of colonial expansion. By establishing offices in illegal Israeli colonies and selling homes therein, RE/MAX is encouraging and legitimizing the expansion of colonial infrastructure on occupied Palestinian territories.

Factsheet Series No. 116, created: January 2011, Canadians for Justice and Peace in the Middle East
View factsheet in PDF format 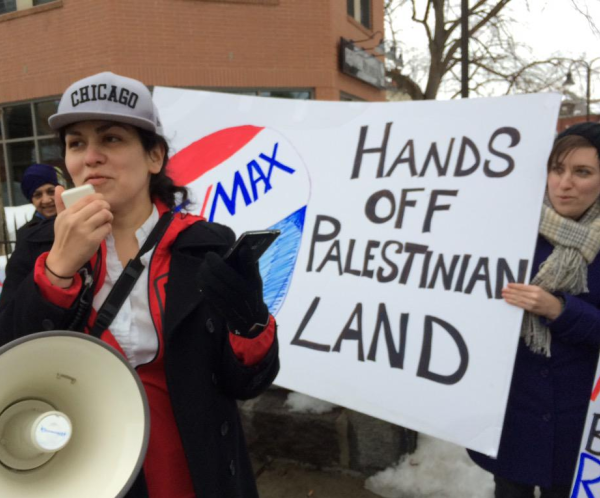 RE/MAX has offices in the West Bank colonies of Ma'ale Edomim and Oranit, as well as in the French Hill, Ramot and Pisgat Ze'ev colonies located in Occupied East Jerusalem. [iii] The real estate agency is facilitating the distribution of illegally-seized property in occupied Palestinian territory and assisting the Israeli government in its strategy of colonial expansion. RE/MAX is also taking advantage of the many financial incentives provided by Israel to reside in colonial towns - such as income tax reductions to Israeli citizens working or investing in the illegal colonies[iv] - in order to encourage Jewish Israelis to buy homes in the colonies.

The establishment of colonies and colonial infrastructure on occupied territory is illegal under international law. This is articulated in the Fourth Geneva Convention (Art. 49, p. 6), and in the Rome Statute of the International Criminal Court, which considers the transfer of a population to occupied territories a war crime.[v] Furthermore, the continuing establishment of Jewish-only colonies on Palestinian land significantly hinders the achievement of a “comprehensive just and lasting peace deal in the Middle East,” as asserted in UN Security Council Resolution 446 (March 22, 1979).

By establishing offices in illegal Israeli colonies and selling homes therein, RE/MAX is encouraging and legitimizing the expansion of colonial infrastructure on occupied Palestinian territories. RE/MAX is also in direct violation of Article 3 (Section C) of the UN Norms on the Responsibilities of Transnational Corporations and Other Business Enterprises.  This instrument of international law states that “[t]ransnational corporations and other business enterprises shall not engage in nor benefit from war crimes, crimes against humanity...other violations of humanitarian law and other international crimes against the human person as defined by international law, in particular human rights and humanitarian law.” [vi]

It is also important to note that in July 2005, more than 170 Palestinian civil society organizations issued a call asking the international community to boycott Israeli products in order to promote recognition of the Palestinians’ right to self-determination.  The Palestinian call asked for a boycott of any business or institution participating directly or indirectly in the Israeli military occupation of Palestinian territories. Thus, justice-minded Canadians would want to boycott RE/MAX in an effort to economically pressure Israel to cease its occupation.

How is RE/MAX violating its own corporate values?

By conducting business in Israel, RE/MAX is violating its own corporate values.The company claims to be “committed to community involvement” and to “serve the public beyond its real estate needs.”[vii] In Canada alone, RE/MAX has contributed more than $67 million dollars to the Children's Miracle Network and the company gives an annual donation to the Canadian Breast Cancer Foundation.[viii] Furthermore, in its code of ethics, RE/MAX states that “its affiliates shall undertake to eliminate any practice by Real Estate Professionals in their community which could be damaging to the public.”[ix]  The international real estate agency also has a private Satellite Network, in order to ensure that its corporate culture is disseminated to all RE/MAX agencies worldwide. Yet, despite all these social commitments, RE/MAX is profiting off illegal Israeli colonies and turning a blind eye to the vast array of human rights violations committed by Israel in the occupied Palestinian territories.[x]

When should the boycott of RE/MAX end?

How else can I pressure RE/MAX to join the boycott?

CJPME’s boycott campaign is calling upon all individuals and members willing to put pressure on the Israeli government to withdraw from the occupied Palestinian territories. All concerned citizens can visit the CJPME Website at www.cjpme.org/bds.htm for additional tools to pressure RE/MAX to join the boycott.

A selection of letter templates is available on the CJPME Boycott site at www.cjpme.org/consumerboycott.htm.

[vi] United Nations: Economic and Social Council, “Norms on the responsibilities of transnational corporations and other business enterprises with regard to human rights,” E/CN.4/Sub.2/2003/12/Rev.2