CJPME Factsheet 132, published July, 2011: This factsheet provides a detailed account of Sears Canada Inc.’s implicit participation in Israel’s colonial expansion in Palestine. Sears is not only in violation of international law but also against its own Code of Vendor Conduct. Lack of corporate responsibility and disregard for international law makes this Canadian retailer a legitimate target for boycott campaigns.

Factsheet Series No. 132, created: July 2011, Canadians for Justice and Peace in the Middle East
View factsheet in PDF format 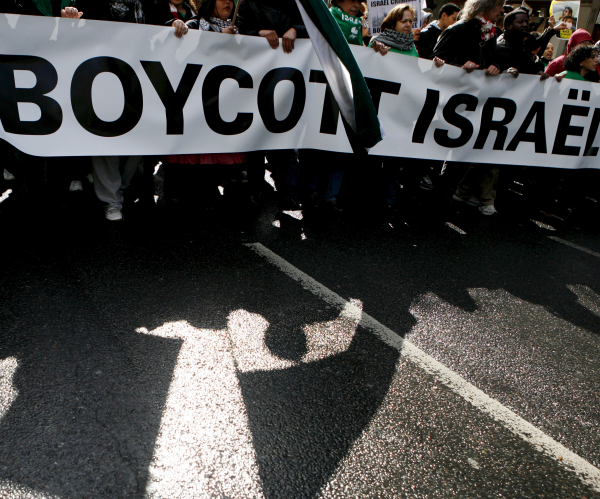 What is Sears’ involvement in Israel?

Sears continues to encourage Israeli colonial expansion by selling products online from the Israeli company Keter Plastic and its subsidiaries (e.g. Keter-Black and Decker, Lotemplast bath mats, and Workforce).  Keter Plastic owns and operates two plants in illegal Israeli colonies established within the occupied West Bank: one in the Barkan Industrial Zone, and another in Oranit.[3]

The Barkan Industrial Zone is the second largest industrial zone in Israel and the occupied Palestinian territories, and is home to a myriad of businesses and factories.[4]  Many of the companies with operations in the Barkan Industrial Zone have been under international political pressure to relocate due to the illegality of the Israeli colonization.[5] The Oranit colony, along with three other illegal Israeli colonies in the West Bank, was approved for expansion by former Israeli Defence Minister Amir Peretz in 2006.[6]

Sears also sells products by AHAVA Dead Sea Laboratories Ltd., which is the world’s leading skin care and cosmetics’ company specializing in products composed of minerals and resources from the Dead Sea.[7] Almost forty-five percent of AHAVA is owned by Mitzpe Shalem and Kalia, two illegal Israeli colonies established near the Dead Sea shorelines of the West Bank.[8] Being under partial ownership of these illegal colonies means AHAVA’s profits translate into direct benefits for the colonies and their residents. Furthermore, approximately 18% of AHAVA is owned by Shamrock Holdings, a large holding firm committed to Israel’s growth and invests in the construction of Israel’s Wall.[9]

Under International law, the establishment of colonies and colonial infrastructure on occupied territory is illegal (Article 49 of the Fourth Geneva Convention)[10], and is considered a war crime according to the Rome Statute of the International Criminal Court.[11] Furthermore, the continuing establishment of Jewish-only colonies on Palestinian land significantly hinders the achievement of a “comprehensive just and lasting peace deal in the Middle East,” as asserted in UN Security Council Resolution 446 (March 22, 1979).

By profiting from the sale of products manufactured in illegally located colonies, Sears is encouraging and legitimizing Israel’s military occupation of Palestinian land. This is in violation of the Fourth Geneva Convention, numerous UN Security Council resolutions, official Canadian policy on the Israeli-occupied Arab territories, and Article 3 (Section C) of the UN Norms on the Responsibilities of Transnational Corporations and Other Business Enterprises. This last instrument of international law states that “[t]ransnational corporations and other business enterprises shall not engage in nor benefit from war crimes, [or] crimes against humanity...”8 This document also stipulates that corporations are prohibited from engaging in actions that obstruct or impede economic, social, cultural, civil and political rights9.

In addition to contributing to the illegal colonial expansion of Israel, AHAVA’s products are drawn from the Dead Sea shores of occupied Palestinian territory.[12] This extraction of resources from occupied territory is a violation of United Nations General Assembly Resolution 3005, and 3336, and the Fourth Geneva Convention (Art. 33, p.2), all of which forbid an occupying power from exploiting the natural resources of an occupied nation or territory. Furthermore, although AHAVA’s products are manufactured in AHAVA’s factory located in the West Bank and contain resources extracted from the West Bank, AHAVA’s products indicate that they originate from “The Dead Sea, Israel”.[13] The Canadian government does not recognize Israel’s claims to the West Bank; therefore, labelling products made in the West Bank as Israeli commodities allows AHAVA products to circumvent Canadian import taxes and duty fees through the Canada-Israel Free Trade Agreement (CIFTA), costing “Canadian taxpayers hundreds of thousands of dollars in unpaid taxes.”[14]

It is also important to note that in July 2005, more than 170 Palestinian civil society organizations issued a call asking the international community to boycott Israeli products in order to promote recognition of the Palestinians’ right to self-determination. The Palestinian call asked for a boycott of any business or institution participating directly or indirectly in the Israeli military occupation of Palestinian territories. Thus, justice-minded Canadians would want to boycott Sears in an effort to economically pressure Israel to cease its occupation.

How is Sears violating its own corporate commitments?

Sears is not only violating international law, but is also going against its own code of conduct. According to the Sears Code of Vendor Conduct, which it claims is based on legal and ethical business practices,[15] “Sears Holding Corporation conducts its business with a regard for human rights and seeks vendors that have similar standards.”[16] Sears Code of Vendor Conduct also states that “Sears Holding Corporation will only deal with vendors of merchandise that Sears Holding Corporation considers reputable and whose business and labour practices conform to the requirements of applicable law…”[17] By selling Israeli products manufactured and sourced from the occupied Palestinian territories, Sears is disregarding its corporate commitments and engaging in unethical business partnerships.

When should the boycott of Sears end?

The boycott will end when Sears stops selling Israeli products or when Israel ends its occupation of Palestinian territory.

How else can I pressure Sears to join the boycott?

CJPME’s boycott campaign is calling upon all individuals and members willing to put pressure on the Israeli government to withdraw from the occupied Palestinian territories. All concerned citizens can visit the CJPME Website at www.cjpme.org/bds.htm for additional tools to pressure Sears Canada to join the boycott.