CJPME Factsheet 148, published April, 2012: Naot Shoes is an Israeli company closely linked economically to Israel’s occupation of the Palestinian territories. This factsheet provides the links, and the legal reasons why boycotting Naot Shoes is the appropriate action to take to pressure Israel economically.

Factsheet Series No. 180, created: April 2012, Canadians for Justice and Peace in the Middle East
View factsheet in PDF format 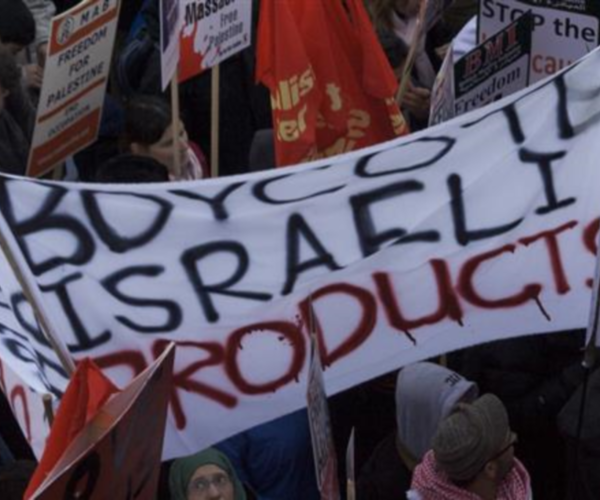 What is Naot Shoes?

Naot Shoes (Teva Naot as the company is known in Israel) was founded in 1942 in Kibbutz Neot Mordechai, located in the Upper Galilee area of northern Israel.[i] Kibbutz Neot Mordechai still holds 17 percent of Naot Shoes.[ii] Eighty percent of Naot Shoes are distributed abroad,[iii] and there are six retail locations in Canada. As well, many other shoe stores in Canada stock Naot shoes and sandals.

Naot Shoes is closely linked economically to Israel’s occupation of the Palestinian territories. Naot Shoes has a factory outlet store located in the illegal Gush Etzion colony (i.e. “settlement”) block located on ocuupied Palestinian territory between Jerusalem and Hebron in the West Bank. [iv] The Gush Etzion block is a group of 22 colonies with about 70,000 Jewish Israeli colonists.[v] A few of the communities were established in the 1920s, 30s and 40s, in part by Yemenite Jews, on land purchased from Palestinians well before the founding of the state of Israel.  However, prior to the first Arab-Israeli war, the total population of these communities was only 450. Therefore, the vast majority the Gush Etzion block colonies have been illegally established on the land that had been allocated to the Palestinians under the 1947 UN Partition Plan—land from which Palestinians have been evicted to enable the establishment of Jewish-only colonies.

Almost 66 percent of Naot Shoes is owned by Shamrock Holdings,[vi] which also owns nearly 18 percent of AHAVA Dead Sea products, currently being boycotted as well.[vii] Shamrock Holdings is the investment branch of Disney enterprises and is a large holding firm committed to Israel’s growth. Shamrock Holdings is further entangled in not only other illegal Israeli colonies, but also invests in the construction of Israel’s Wall.  Israel’s Wall has had massive repercussion on the humanitarian welfare of Palestinians living in the West Bank, and was unequivocally condemned by the International Court of Justice in 2004.

Under international law, the establishment of colonies and colonial infrastructure on occupied territory is illegal. This is codified in the Fourth Geneva Convention (Art. 49, p. 6), and in the Rome Statute of the International Criminal Court (section b [viii]), which prohibit “The transfer, directly or indirectly, by the Occupying Power of parts of its own civilian population into the territory it occupies, or the deportation or transfer of all or parts of the population of the occupied territory within or outside this territory.” Furthermore, the continuing establishment and expansion of colonies on Palestinian land significantly hinders the achievement of a “comprehensive, just and lasting peace deal in the Middle East,” as described in UN Security Council Resolution 446 (March 22, 1979).

In addition to economically bolstering the existence and expansion of one of Israel’s largest illegal colony blocks in occupied Palestinian territory, Naot Shoes is “normalizing” this expansion by choosing to locate an outlet store within this illegal colony, rather than in Israel proper.

Israel’s current colonization of the West Bank violates the 1993 Oslo Accords. The post-1993 expansion of existing colonies, construction of new colonies, dramatic increase in the settler population, and surge in government investment in the colonies all violate the Accord’s prohibition on changing the status of the occupied territories, outlined in Annex II (p 6).14

When should the boycott of Naot Shoes end?

How else can I pressure Naot Shoes to dismantle its operations in the illegal colonies?

CJPME’s boycott campaign is calling upon all individuals to press for the Israeli government to withdraw from the occupied Palestinian territories. All concerned citizens can visit the CJPME Website at www.cjpme.org/bds.htm for additional tools to pressure Naot Shoes Canada to dismantle its operations in the illegal colonies and encourage the Israeli government to end its occupation and colonization of the Palestinian territories.

CJPME also encourages individuals to ask their local shoestores not to stock Naot shoes and sandals. A sample letter can be found at: www.cjpme.org/consumerboycott.htm