CJPME Factsheet 151, published April, 2012: This factsheet talks about the many political and commercial interests that play out in Syria: those in Canada and other Western countries included.  It also talks about the domestic interests and sectarian groups that have a stake in maintaining, or challenging, the status quo.

Syria as a Battleground for Competing Interests

Factsheet Series No. 151, created: April 2012, Canadians for Justice and Peace in the Middle East
View factsheet in PDF format 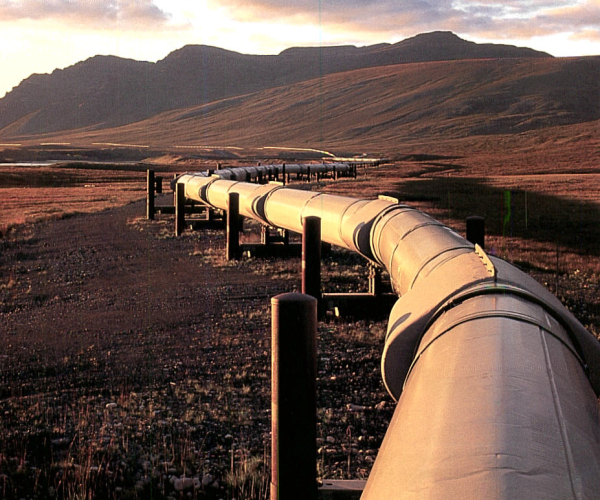 What interests do western nations, including Canada, have in Syria?

Syria was one of the Middle East nations that in the mid-20th century challenged European designs on the Middle East. In more recent decades, among the Arab-speaking countries of the Middle East, Syria has been a key “confronter” of US and Israeli policies in the region. Syria, despite the Ba’ath regime’s resolute secularism, was an early supporter of the 1979 Iranian revolution that overthrew Shah Reza Pahlavi. Syria’s support of Iran irritated the US and Israel, which both had warm relations with the Shah. The Shah had been installed after the US and Britain orchestrated a 1953 coup against the democratically elected government of Prime Minister Mohammad Mosaddegh, whose policies were inimical to British and US petroleum companies’ interests. Syria has also been the country most concretely engaged in opposing Israeli policies in the Middle East. From the 1970s on, it has challenged Israel’s occupation and illegal colonization of Palestinian land and its acts of aggression against Lebanon. It supported Gaza-based Hamas, and two Lebanon-based groups – Amal, and later its rival Hezbollah, politically and militarily.

Although Syria produces relatively modest quantities of oil and gas, its location is strategic in terms of regional security and prospective energy transit routes. Regional integration in the energy sector is expected to increase as a result of the 2008 opening of the Syrian link of the Arab Gas Pipeline and ongoing plans for the expansion of the pipeline network to include neighboring countries Turkey, Iraq, and Iran.

Even more significantly, in July 2011, Iran, Iraq and Syria signed a natural gas agreement worth an estimated $10 billion. The deal would see the three countries building a pipeline from Iran‘s natural gas fields to Syria, potentially terminating on the Mediterranean via Lebanon.[i] This would allow Iran—which has the second largest gas reserves in the world—to export gas to Europe, which would pose a serious challenge to the US-led sanctions on Iran. It would also pose a significant challenge to US and European control of oil resources in the region.

Canada has commercial interests in Syria, resulting from the involvement of Canadian oil and gas companies there. Examples include:

It is still unclear if Canadian corporations operating there have more to gain or to lose should Assad fall.

What interests do Iran, Saudi Arabia and other Gulf states have in Syria?

Syria is of crucial interest to both Saudi Arabia and Iran. Saudi Arabia and Iran are long-standing rivals. Both aspire to be the dominant regional power. Saudi Arabia—the world’s last absolute monarchy—is a predominantly (70 percent) Sunni Muslim country with a significant Shia minority (10-15 percent), whereas Iran is 90 percent Shia and 8 percent Sunni. Both fear the other’s influence on their minorities. During the 1980-88 Iran-Iraq war Saudi Arabia supported Saddam Hussein’s Iraq financially.[iv] Saudi Arabia is a major recipient of US and UK military aid; in 2010 the US announced a $60.5 billion arms sale to Saudi Arabia that considerably increases its offensive capacity and its “interoperability” with US military forces.[v]

In August 2011, Saudi King Abdullah became the first Arab leader to publicly castigate Syrian President Bashar Assad during the current crisis. He followed this up with heavy lobbying of other Middle East leaders to also criticise Assad, and unleashed Saudi Arabia’s ultra-conservative Salafist clerics, who took to the airwaves to encourage Muslims to overthrow Assad. On April 1, 2012, at a “Friends of the Syrian People” meeting of 70 nations’ representatives in Istanbul, Saudi Arabia, supported by Qatar and other ArabGulf states, proposed giving weapons to the rebels and providing financial incentives for regular soldiers to defect. Neither the USA nor Turkey were willing to take this same step.

Given Saudi Arabia’s track record as a consistent and grave violator of human rights, its claims of concern over the Assad regime’s violent suppression of recent protests rings hollow. However, by arming the opposition as a whole, or specific segments of it, Saudi Arabia would gain considerable leverage in picking the winners and losers among the opposition—likely hard-line Salafist-leaning Islamist groups at the expense of moderate Islamists and secularists. Jordan would be the most likely conduit of Saudi arms to the Syrian opposition. If Assad is replaced by a pro-Saudi government, that would threaten Iran’s security and upset the existing regional balance of power.

The fall of Assad would rob Iran of its strongest ally in the region and sever Iran’s ties to Hezbollah and Hamas.  Regime change in Syria would likely destroy the existing Syria-Hezbollah-Iran alliance.  Syria is the safe corridor for transport of arms to Hezbollah, so neutralizing Syria would isolate Iran and weaken Hezbollah.  A weakened Hezbollah would be less of a deterrent to Israeli designs, especially in the case of an Israeli strike against Iran. [vi]

Given Israel’s repeated public announcements that it intends to strike Iran, Iran’s fears of an aerial bombardment by Israel are not groundless. For Israel to attack Iran, it would likely have to fly through Syrian, Turkish, Jordanian or Saudi airspace. Saudi Arabia, Jordan and Turkey might be persuaded to allow Israel to do this, but Syria, under Assad, would not. Moreover, Syria’s sophisticated air defence and surveillance equipment would allow it to immediately detect such an impending assault, and possibly counter it. Were Syria to change hands, Iran would not be able to count on that buffer.

What concerns do Syria’s diverse religious, ethnic and economic groups have?

Christian Syrians —about 10 percent of the population—are caught between conflicting concerns. On the one hand, they share their compatriots’ frustrations with the Assad regime’s corruption, economic mismanagement and authoritarian rule. However, they also fear a civil war, and discrimination or even persecution should an Islamist government replace the Assad regime. Their fears have been exacerbated by the sectarian violence that plagues Iraq, and by the attacks on Egypt’s Coptic Christians after Hosni Mubarak’s overthrow. According to one Syrian Orthodox leader, Syriac Christians do not so much fear the Islamists who may actually come to power in Syria, as much as they fear Islamist extremism,[vii] which could possibly take root under a new, or less stable regime.

Sunni Muslims are 74 percent of the population, and many are frustrated by decades of domination of Syria’s political and economic life by members of the minority Alawites —a Shia sect to which the current President belongs. However, it would be an oversimplification to imply that Sunni Muslims per se are necessarily opposed to the continuation of Assad’s rule. When the current president’s father Hafiz Al-Assad came to power in 1970, he enacted a series of policies favouring the conservative Sunni big businessmen concentrated in the large cities—some of whose businesses had been weakened by the Ba’athist nationalizations of the 1960s.[viii] This produced a matrix of connections and loyalties that have bolstered the regimes of both Hafiz Al-Assad and his son Bashar. Big business supported Hafiz Al-Assad during his six year confrontation with the Brotherhood, In one incident, government forces killed over 15,000 people in the city of Hama, devastating the Muslim Brotherhood in Syria.[ix]

There have also been clashes between Kurds and Arab tribes in northern Syria. Kurds are approximately nine percent of Syria’s population—the largest ethnic minority—and are concentrated in the north.  They have long suffered discrimination under Ba’ath party rule, and had hoped that the current opposition might be more sympathetic to their concerns and desire for greater autonomy. However, the opposition umbrella group operating outside of Syria—the Syrian National Council—vetoed a proposal made in late March to have the SNC expand and equalize the rights of Kurds. [x]

Under the Assad regime, Alawites dominate the military and intelligence services, so many have an interest in Assad’s survival. Nevertheless, many Alawites who are critical of Assad now also fear retaliation by the Sunni majority should Assad fall.

[v] Teitelbaum, Joshua. “Arms for the King and His Family,” JerusalemCenter for Public Affairs, November 4, 2010.

[viii] The same policies impoverished other conservative Sunnis—the small merchants and artisans, the Muslim Brotherhood’s base of support.