CJPME Factsheet 160, published January, 2013: This factsheets reviews Robert Fisk’s impressive credentials as an author and journalist on the Middle East.  The factsheet also discusses the accusations against Fisk for being “pro-Assad” in that country’s expanding civil war.

Factsheet Series No. 160, created: January 2013, Canadians for Justice and Peace in the Middle East
View factsheet in PDF format 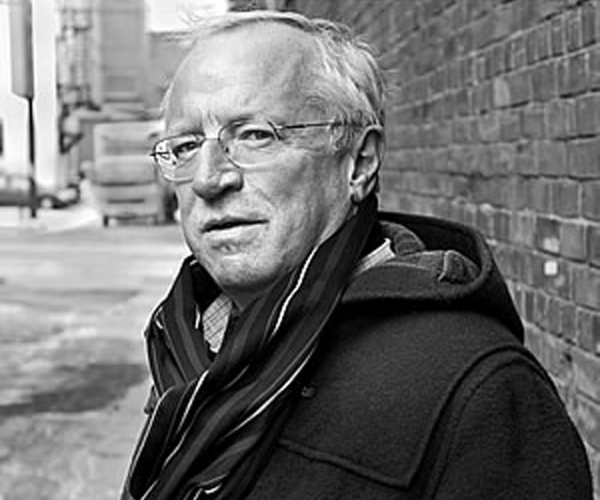 Why is he Robert Fisk so well known?

Robert Fisk is one of the world’s most famous international journalists, with more than 30 years of experience reporting on the Middle East. Throughout his career, he has reported on a lengthy series of historical events, and has exhibited a unique ability to identify the forces driving politics, and the underlying problems driving conflict. He documented the problems in Northern Ireland in the 1970s, the Portuguese revolution in 1974, the Lebanese civil war (1975-1989), the Iranian revolution in 1979, the Soviet war in Afghanistan, the Iran-Iraq war, the Bosnian War, the first Gulf War, the Algerian civil war, the Kosovo war, the general Arab-Israeli conflict.  He has also covered key international incidents, including the massacre of Palestinians in the  Sabra and Shatila refugee camps in Lebanon, the Hama massacre in Syria, the US invasion of Afghanistan in 2001, and the 2003 US invasion of Iraq. He has interviewed Saddam Hussein, Ayatollah Khomeini, Sadeq Khalkhali, Osama Bin Laden, and many other both influential and important figures. He has frequently criticized US policy in the Middle East and beyond, highlighting amongst other things the unfair treatment of Palestinians by the US and Israel. Furthermore, he has criticized corrupt and repressive regimes in the Middle East; the global community’s general ignorance and indifference towards much of the world’s suffering; and the current inability or unwillingness of journalists to report objectively and independently on the Middle East.

How has Fisk been recognized as a journalist?

Beyond the popular support and recognition he has earned internationally, Mr. Fisk has in fact received more international awards for for his professional journalism than any other foreign correspondent. Among these numerous prestigious awards and honors, are: the Amnesty International UK Press Award, which he was awarded twice[i] ; the British International Journalist of the Year Award, which he was awarded seven times; the Orwell Prize for Journalism[ii]; the Martha Gellhorn Prize for Journalism; the Lannan Cultural Freedom Prize; the Jacob’s award; the College Historical Society’s Gold Medal for Outstanding Contribution to Public Discourse; an honorary Doctor of Laws by the University of St. Andrews[iii]; an honorary doctorate from the American University of Beirut[iv]; and an honorary doctorate from Trinity College Dublin.

Why do some people take issue with Fisk's coverage of the war in Syria?

In reference to journalistic freedom and objectivity, Mr. Fisk once stated, “You've got to be able to write with passion and you've got to have the freedom to write angrily and to point out the bad guys. If I see a massacre I don't hesitate to say who's done it and why I think they did it.”[v] In this vein, Fisk has consistently proved unwilling to toe the official Western line on the Arab world. He has presented ideas rarely found in other media outlets, and has frequently stirred up controversy and debate through his journalistic and literary work.

Such has been the case with Syria. Critics have argued that Fisk’s reports have been uncharacteristically lenient towards the Assad regime and overly critical of the opposition and its support base. They argue that, having toured Syria with Army officials, Fisk was exposed to a biased image of the situation; one that has been skewed in favour of the incumbent regime. In addition, they have questioned his labelling of political prisoners (from the Free Syrian Army) as “Islamic jihadists”, and for “misrepresenting or downplaying the nature of prisons in Syria”. [vi] The critics of his Syria coverage perceive his approach to the Syrian conflict to run counter to his alleged unwavering objectivity.

Responses to these criticisms insist that Fisk’s reports on Syria are balanced and objective, favouring neither the regime, nor the opposition. They believe that such criticisms are being levelled at Fisk solely because his reports do not fit the official Western narrative, i.e. because of his refusal to accept, at face value, all accusations made against the Assad regime, and his sometimes critical comments on the Free Syrian Army (e.g. “Bashar al-Assad's government faces a resourceful, well-armed and ruthless enemy whose Islamist supporters are receiving help from the West [and the Gulf]”)[vii][viii].

Although his opinions have made him a frequent target of criticism, his reports from Syria continue, justified by his dedication to independent reporting. “When we journalists fail to get across the reality of events to our readers, we have not only failed in our job; we have also become a party to the bloody events that we are supposed to be reporting. If we cannot tell the truth about the shooting down of a civilian airliner—because this will harm ’our‘ side in a war or because it will cast one of our ’hate‘ countries in the role of victim or because it might upset the owner of our newspaper—then we contribute to the very prejudices that provoke wars in the first place…. Journalism can be lethal.” [ix]

What books has Fisk written?

In his most influential book to date, The Great War for Civilisation: The Conquest of the Middle East, Robert Fisk covers a wide array of topics on the history of the modern Middle East. Using interviews he conducted, observations he made, and a great understanding of regional politics, Fisk delivers a highly analytical and informative book, condemning oppression, injustice, war, genocide, and imperialism. His dedication to independent reporting is especially apparent in this book.

Although the chapters follow no particular historical chronology, Fisk provides a separate and extensive timeline starting from the birth of the Prophet Mohammed to the year 2005. The topics covered include Afghanistan: Osama Bin Laden, Al-Qaeda, radical Islam, the Mujahedeen, the Soviet invasion, and the United States.  Iran: the West’s removal of Mohammed Mosaddeq from power, the Iranian Revolution, the subsequent Iran-Iraq war.  Iraq: Saddam Hussein’s Iraq in general, the first Gulf war, the persecution of Kurds, and the effect of UN sanctions on Iraqi civilians.  Turkey: the Armenian Genocide of 1915 which he terms “The First Holocaust”, the continued Turkish denial, and Israel and the UK’s failure to recognize the events as a genocide.  Israel-Palestine: the Arab-Israeli conflict from the 1980s onwards, the media coverage of the protracted conflict, the troubles on either side, and the disproportionate amount of force used by the Israeli military.  Other topics include the Algerian War of independence; the actions and past records of King Hussein of Jordan and Hafez al-Assad of Syria; and Lebanon, including the assassination of Rafiq Hariri.[x]

This enormous project provides a multi-level analyses of a long and unstable Middle East history, holding back no criticism or condemnation along the way. A recurring theme is that of heavy-handed Western intervention. The legacies of colonialism, coupled with a continued imperialistic approach to Middle Eastern affairs has, according to Fisk, contributed significantly to the various crises we see today. The inspiration behind the book’s ironic title comes from a medal his father had received during the First World War, which was presented at the time as, “the war to end all wars”.

His deep-seated scepticism of Western policies affected his reaction to a near fatal incident in 2001.  After his car had broken down in Pakistan, a group of about 50 Afghan refugees began to gather around him. Initially friendly, they eventually began beating and throwing stones at him, causing serious head and hand injuries, continuing until a Muslim religious leader forced them back and took him to a police station. Fisk surprised many in the West when he reacted by saying that he could understand their anger because many of them were civilians suffering under the US bombing of Kandahar. He said, "It doesn't excuse them for beating me up so badly but there was a real reason why they should hate Westerners so much […] I don't want this to be seen as a Muslim mob attacking a Westerner for no reason. They had every reason to be angry - I've been an outspoken critic of the US actions myself. If I had been them, I would have attacked me."[xi]