CJPME Factsheet 163, published January, 2013: This factsheet explores the interesting life and writings of Israeli- American activist and author Miko Peled.  The factsheet introduces Peled as the son and grandson of prominent Israelis, and describes his current opposition to the Israeli occupation of Palestinian territories.

Factsheet Series No. 163, created: January 2013, Canadians for Justice and Peace in the Middle East
View factsheet in PDF format 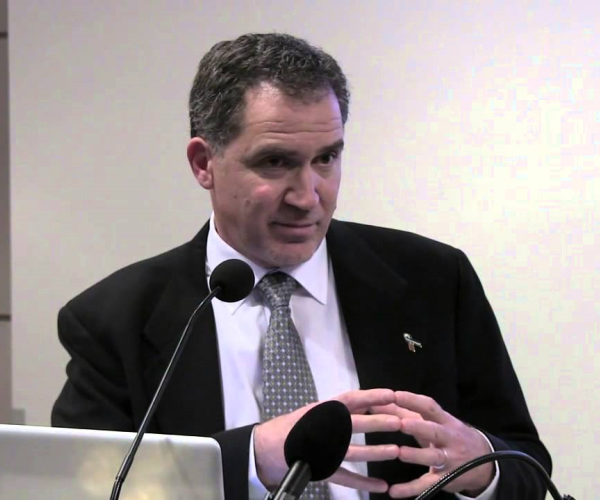 Who is Miko Peled?

Miko Peled is an Israeli-American peace activist and author of the book The General’s Son: Journey of an Israeli in Palestine (2012). He was born in Jerusalem in 1961 into a staunchly Zionist family whose own history is intimately tied to that of Israel—and one that has also been tragically affected by the prolonged conflict. Miko Peled’s grandfather, Dr. Avraham Katsnelson, was a Zionist leader and a signer of the Israeli Declaration of Independence.  Miko’s late father, Matti Peled, was an officer in the war of 1948, and a Major General by the 1967 war, during which Israel occupied the West Bank, Gaza, Golan Heights and the Sinai. Although a nationally prominent war hero[i] who had pushed for the 1967 war, the General soon afterwards became a strong advocate of Israel’s complete withdrawal from the Palestinian territories occupied during the 1967 war. General Peled became a prominent peace activist, a left-wing member of the Knesset and a scholar of Arabic literature. He eventually argued that, despite claims to the contrary, the 1967 war had been one of choice and opportunity, not a response to a genuine existential threat to the state of Israel.[ii]

Miko Peled’s current stances reflect the legacy of the evolution of his late father’s thinking, as well as his own subsequent experiences in Israel and the US. Although he grew up in a Jerusalem portrayed by Israeli authorities as a united, multicultural city, he observes that it was, and remains, a divided and ethnically segregated city.[iii]  He did not come to know a Palestinian until he was 39 years old and living in San Diego.[iv] After serving in the Israeli millitary, Peled traveled the world. He became an accomplished karate master and teacher, and moved with his wife to southern California, where they have raised a family.[v]

In his book, Peled describes his experiences growing up in a Zionist household, and the lessons he learned in the course of his family’s experiences and his travels within the occupied Palestinian territories — his journey “of an Israeli in Palestine.”[vi]

What are the key elements of Miko Peled’s “journey”?

Peled considers his journey to have started on September 4, 1997, when a suicide bombing by two young Palestinians in downtown Jerusalem killed his 13-year old niece Smadar, the daughter of his sister Nurit.[vii] As the granddaughter of a prominent Israeli general, Smadar’s death made headlines. Her mother Nurit blamed the tragedy on Israel’s brutal occupation of the Palestinian territories, saying that it had driven the young suicide bombers to despair.[viii] Her comment set Miko Peled on a path of exploration and activism.[ix]

After his niece’s death, Peled joined the San Diego Jewish-Palestinian Dialogue group.[x] There, he made his first Palestinian friend, with whom he established the Elbanna Peled Foundation. Together they raised $84,000 to send 1,000 wheelchairs to children in need, half to Israel and half to the Palestinian territories.[xi]

In addition to establishing this foundation, Peled has travelled to the West Bank to visit Palestinian villages and Israeli “settlements,” and to speak with peace activists. Most recently, in the summer of 2012, he drove from Jerusalem to Nabi Saleh, a small village in the West Bank known for its ongoing resistance to the occupation.[xii] The people of Nabi Saleh daily face ongoing violence from “settlers” living in the Halamish colony.[xiii] This colony is built on Nabi Saleh land, and, according to Peled, its residents are particularly violent “hardcore, fanatical, religious Israelis.”[xiv] He has participated alongside Palestinians in nonviolent resistance to the occupation.[xv]

What is Peled’s position on the Israeli-Palestinian conflict?

Peled’s position on Israel and Palestine is that, “for the good of both nations, the Separation Wall must come down, the Israeli control over the lives of the Palestinians must be defied so that a secular democracy where all Israelis and Palestinians live as equals be established in our shared homeland.”[xvi]  Peled considers Israel and Palestine to be one entity— two names for the same country.[xvii] He believes that the massive Israeli investments in infrastructure—schools and malls for exclusive Jewish use, Jewish-only highways connecting expanding “settlements” on the West Bank, as well as the Separation Wall—are irreversible and make the establishment of a separate contiguous, viable Palestinian state impossible.[xviii] In his opinion, achieving peace will now require the establishment of a single, genuinely democratic state that merges the state of Israel with the occupied Palestinian territories into a single country with equal rights for all.[xix]

Peled believes that since the UN Partition Plan of 1947, Israel has been engaged in a campaign of ethnic cleansing with the goal of driving Palestinians off the land.[xx]  He considers Israeli democracy a myth, and believes that the Israeli state is comparable to apartheid South Africa. [xxi] He notes that there is one body of law for Jewish Israelis, and other Israeli laws  governing the lives of Palestinians.[xxii]

Why do Peled’s positions cause consternation for some?

Naturally, Peled’s very public position against the Israeli occupation of the Palestinian territories is a thorn in the side of the Israeli establishment and its supporters in North America.  Because Peled’s family is so well-known in Israeli political and military circles, his public criticism of Israeli government policy in the Palestinian territories is particularly embarrassing to Israeli leaders.

Peled also causes consternation for some because he’s an advocate of a single state for both Israelis and Palestinians – known as the “one-state solution.”  Peled’s position thus deviates from the current consensus among political leaders in favour of the “two-state solution.” While the overwhelming majority of UN members[xxiii] (including many vocal critics of Israel) support the two-state solution, there is no established consensus around the one-state solution. As a result, Peled’s proposal for peace between Palestinians and Israelis contradicts much of the established UN and “peace negotiations” terminology associated with Israel and the Palestinians: including the wording of the November 2012 UNGA resolution that granted Palestine Non-Member Observer State status.[xxiv]

Thus, although many governments are warning that Israel’s continued expansion of the “settlements” and ongoing occupation of the Palestinian territories threaten the achievement of a viable separate Palestinian state,[xxv] many would take issue with Peled’s proposal for single state for both Israelis and Palestinians.[xxvi]

[xvii] Ibid., Peled, “A Short Talk I was Privileged to Give at The People’s Agenda, Atlanta, GA”

[xix] Ibid., Peled, “A Short Talk I was Privileged to Give at The People’s Agenda, Atlanta, GA”

[xxvi] However, it should be noted that the US, despite condemning Israel’s “settlement” activity on the grounds that it undermines the two-state solution, continues to provide military aid that enables the occupation and “settlement enterprise” to continue. In 2013, the Obama administration will provide $3.1 billion in military aid.  Similarly, the US, European countries and Canada, despite their stated opposition to the “settlement enterprise,” have failed to oblige Israel to halt its massive land grab in the West Bank, end the occupation, and negotiate in good faith real advances toward the two-state solution.