Factsheet Series No. 166, created: March 2013, Canadians for Justice and Peace in the Middle East
View factsheet in PDF format 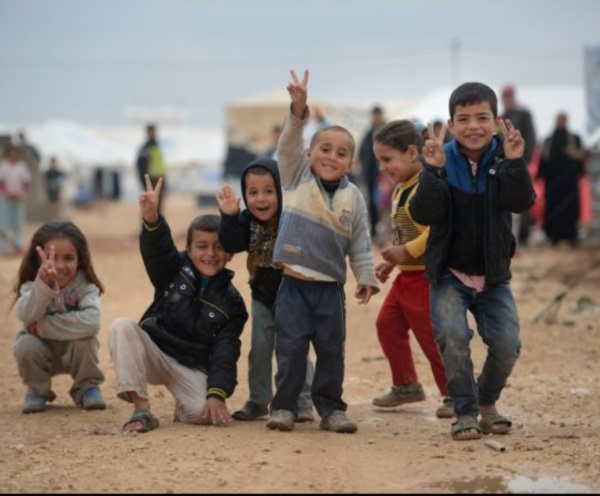 What is the background to the Syrian refugee crisis?

Syria has been ruled by the Assad family and the Baath party since 1970, when Hafez el-Assad assumed control of the party and the presidency. He ruled until his death in 2000, when his son Bashar al-Assad took over. Hafez installed members of the same religious minority that he belonged to—the Alawi sect—in top positions throughout the military and intelligence apparatuses. Syria has a majority Sunni Muslim population; the Alawites are a minority sect within the Shia minority. Although Bashar al-Assad promised reforms when he took power in 2000, the concentration of economic and political power and human rights abuses that characterized his father’s regime continued under his own rule.

In February 2011, small demonstrations demanding anti-corruption measures, more employment opportunities and greater freedom of expression began, inspired by the “Arab Spring.” Pro-democracy protests swelled dramatically and took a decidedly anti-Assad tone in March after several young teenagers were arrested for painting revolutionary slogans on their school’s wall in Deraa. Marches and protests continued and escalated, with security forces’ actions, such as shooting at and killing protestors, triggering massive unrest. However, pro-democracy protests have continued. In an attempt to maintain Assad in power, government forces have resorted to increasing violence, sending in tanks and soldiers, raiding homes, conducting air strikes and shelling towns and cities considered hostile to the regime. When some government soldiers began resisting orders to shoot on protesters, they were killed or tortured. This led to defections and the formation of the Free Syrian Army in July 2011. As the FSA and other armed groups hostile to Assad have made military gains, in some cases with arms from foreign powers, government forces have responded ever more violently. An estimated 70,000 people have been killed. Opposition forces, for their part, have also engaged in atrocities against civilians, although to a much lesser degree than government forces. The destruction of homes, schools, hospitals, and businesses has pushed Syrians to flee areas of conflict in search of temporary safe havens. Many have been forced to flee their homes, to seek refuge with relatives or in makeshift shelters. Others have been trapped, afraid of being caught up in the fighting, or targeted during escape.[1] Millions of Syrians have fled their communities, and in some cases, the country.[2] See CJPME’s factsheet Key Events in the Syrian Crisis for more background on the conflict.

However, a sizable part of the Syrian population supports Assad, or at least does not identify with the opposition. Many supporters of Assad believe that it is better to continue with a leader that they know, rather than risk being ruled by leaders whose manner of governance cannot yet be predicted. They fear a dramatic increase in either Saudi or American influence in Syria, or even a foreign-backed carving up of their country. Religious and ethnic minorities (Christians, Shias, Alawites, Druzes) fear that a Sunni leader would be less likely to protect them from Sunni Muslim extremists. Reports of the FSA’s violent treatment of Alawites and of pro-Assad Syrians have exacerbated their concerns.[3] So far, neither the Assad regime nor the opposition has enough support to defeat the other side. There are indications that the current stalemate may continue indefinitely.

How many refugees and internally displaced Syrians are there?

Refugees: According to the UNHCR, as of March 12, 2013, there are 1,100,579 Syrian refugees registered or awaiting registration. The UNHCR has stated that the actual number of Syrian refugees is likely significantly higher, as many people only seek to be registered when they have run out of resources. The number of Syrians fleeing the country each week has increased dramatically over the two years of the Syrian conflict. Over 400,000 people have become refugees since January 2013 alone.[4] As can be seen from the demographic chart below, around half of the refugees are children, the majority of whom are under the age of eleven.

Where are the Syrian refugees fleeing to?

Syrian refugees have been fleeing to Jordan, Lebanon, Iraq, Turkey, and Egypt. Their dispersal within each country differs. In Lebanon and Egypt, refugees are scattered across the country; in the case of Lebanon, in over 700 municipalities of varying sizes. In Iraq, roughly half of the refugees are in camps, the other half living among Iraqis in various communities. In Jordan, over 70 per cent of Syrian refugees are living in ordinary communities, with the rest accommodated in three camps. Turkey is providing assistance to refugees in 17 camps across eight provinces close to the border, while tens of thousands of Syrians have sought other refuge in various cities.[10] As of early March, refugee dispersal is as follows:

The impact of this influx on neighbouring countries is severe. Lebanon’s population has increased by as much as ten per cent. Jordan’s energy, water, health and education services are being strained to the limit. Turkey has spent over $600 million setting up 17 refugee camps, with more under construction.[11]

Has Canada addressed the refugee crisis?

So far, Canada has been very parsimonious in its aid to Syrian refugees. The UN and international humanitarian agencies have struggled to meet the needs of the sky-rocketing numbers of refugees. In their Inter-Agency Syria Regional Response Plan, they appealed for $1 billion to meet the needs of the refugees until June 2013, although it has become clear that their forecasts far underestimated the numbers of refugees. For its part, Canada pledged $25 million at the donors’ conference in Kuwait at the end of January 2013[12]. However, this is only 1.6 percent of the total request, whereas Canada’s share of OECD donor countries’ total gross domestic incomes is 4.5 percent.