CJPME Factsheet 173, published July, 2013: Given the violent and tumultuous events following the implementation of the UN’s 1947  Partition Plan, there is quite a bit of confusion as to the true nature of the Plan.  This factsheet looks at the motivation for the Plan, the intents of the Plan, and the response to the Plan of various actors.

The 1947 UN Partition Plan for Palestine

Factsheet Series No. 173, created: July 2013, Canadians for Justice and Peace in the Middle East
View factsheet in PDF format 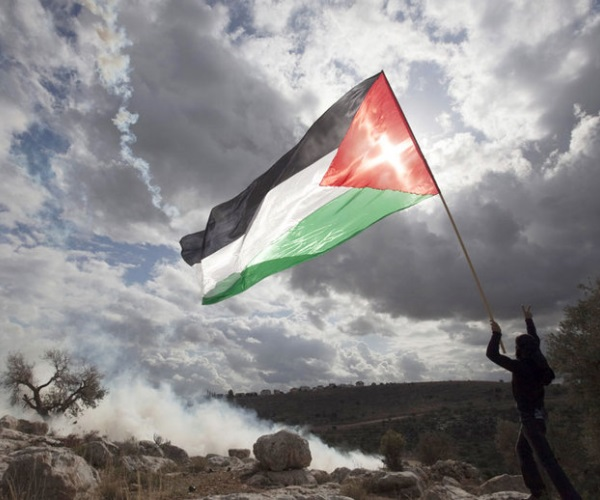 Were partition plans proposed prior to 1947?

Yes. Following the General Arab Strike of 1936 and revolts against the British Mandate[i], the British government assigned Lord Robert Peel to head the newly-created Palestine Royal Commission in 1936, which was tasked with proposing changes to the Mandate system. According to the Peel Commission’s analysis, the dual obligations to not interfere with Palestinian self-determination and to provide the Jewish homeland promised by the Balfour Declaration were irreconcilable within a single state.[ii] Given the perceived impossibility of reconciling within one state the interests of Palestinians and the growing Jewish population, Peel argued that, “Partition seems to offer at least a chance of ultimate peace. We can see none in any other plan."[iii] Both the Arab Higher Committee, the primary political organization representing Arabs in Mandate Palestine, and the Zionist Congress, the policy-making arm of the European World Zionist Organization, accepted the principle of partition but not the proposed borders. The Zionist Congress rejected the Peel Commission’s plan, in part because it precluded the possibility of   establishing a Jewish state in all of Palestine. The Arab Higher Committee opposed the plan because it prevented Palestinians from achieving full independence, continuing to subordinate the Palestinian leadership to the British rulers.[iv] Despite these objections, the Commission-proposed partition plan was accepted by the British government in July 1937, and followed up by the 1938 Woodhead Commission, created to assess the feasibility of partition. The Woodhead Commission concluded after several months of inquiry that partition, as proposed by the Royal Commission, was unworkable. They proposed two modified partition plans, but the British government ultimately rejected both, deciding that the obstacles to achieving partition were too great. The British Mandate thus remained intact.[v]

Why did the UN propose the 1947 Partition Plan?

Although the initial British proposals for partition failed, tensions escalated in Palestine over issues of sovereignty, economics and immigration. UN members feared that the tensions would escalate into outright war, with loss of many lives and regional and international repercussions. In early 1947, the British signalled their desire to end their rule in Palestine, and asked the UN to propose a plan for Palestine’s post-Mandate future. In response, the UN created the UN Special Committee on Palestine (UNSCOP) to formulate recommendations. Representatives of the Committee’s 11 member states returned to the UN with a proposal in September of 1947.[vi]

How did the 1947 Plan divide up Palestine?

The ArabState was to be granted 43 percent of Palestine’s territory, including the coastal city of Jaffa, which had a significant Arab majority. The Jewish State was to be created on the remaining 56 percent of the land.[vii] The city of Jerusalem was to be governed via a Special International Regime for the City of Jerusalem. The map at right shows the Arab State as proposed in 1947 in pink and green. The green represents the post-1949 armistice borders.[viii]

What was the result of the UN General Assembly vote?

Prior to the vote, many countries’ UN delegates were pressured—in some cases harassed—by the US Delegation, various US Senators and the UN General Assembly President (who ought to have remained neutral), to vote in favour of partition, prompting the Arab Higher Committee to complain of “political blackmail.”[ix] When the vote took place, thirty-three of the UN’s 56 member states voted in favour of the Partition Plan and 13 states voted against; 10 states abstained and one was absent. With very few exceptions, Western Europe, North America and Latin America voted in favour, while Middle Eastern countries voted as a bloc against the Plan. The British government accepted the result of the vote, but refused to use force to implement the partition. On May 14, 1948, the British Mandate ended, the Jewish People’s Council declared the creation of the State of Israel. Within hours, the Arab-Israeli War had begun, and the Partition Plan was completely ignored by both sides.

What was the reaction of the Palestinian population and the Arab leadership?

The Arab Higher Committee for Palestine rejected the UNSCOP Plan. Their argument, as related in UNSCOP records, centered on what they perceived as a lack of any historically-based legal or moral rationale for the creation of a Jewish State in Palestine.[x] The Arab population seems to have agreed with the Committee’s stance, generally opposing what they saw as an unjust division of territory. They saw no reason why the future immigration of Jewish European displaced persons should factor into the UNSCOP calculation of the most appropriate territorial division.[xi]

What was the reaction of the Jewish leadership?

The Jewish Agency, based in Palestine and representing the largest association of Jewish and Zionist organizations, accepted the majority of the UNSCOP Plan, but expressed certain reservations about the territorial division. They were greatly disappointed that the Transjordan – current-day Jordan – was not included in the Jewish State, which was contrary to their interpretation of the Balfour Declaration. The Jewish Agency also argued that the Jewish areas surrounding the city of Jerusalem should be included in the Jewish State. Despite these complaints, the Jewish Agency indicated that it was willing to accept this compromise “if it would make possible the immediate re-establishment of the Jewish State with sovereign control of its own immigration.”[xii] Only days after the UNSCOP Plan was approved by the UN General Assembly, Jewish and Arab forces began clashing. Within a matter of months, even before the British withdrew, the well-trained and better-equipped Jewish forces[xiii] had gained control of significant portions of the territory that was slated to make up the UN-approved Jewish State.[xiv]

What was Canada’s involvement and position on partition?

The MacKenzie King government, caught between the conflicting pressures from the US and the UK, tried to duck the debate over in the Palestine Question for as long as possible. Following Britain’s lead, the Canadian government worked to prevent Canadian ships from being used to illegally bring Jewish refugees and immigrants to Palestine.[xv] However, when Canada was named one of the eleven states on the UNSCOP, it could no longer avoid taking a position. Canada’s UNSCOP representative was Supreme Court Justice Ivan Rand, who was initially undecided on the issue of partition, but was persuaded to support the Plan after talking with Rev. William Hull, a Canadian missionary working in Jerusalem.[xvi] Rand‘s vote ultimately helped cement partition as the majority opinion within the Commission. Unsurprisingly, given Rand’s involvement, on November 29, 1947Canada voted along with the majority of the UN General Assembly to approve the partition ofPalestine into Jewish and Arab states.


[i] In 1922, following WWI, the League of Nations approved British rule over the area of the former Ottoman Empire that later came to be known as Palestine.

[ii] “The Origins and Evolution of the Palestine Problem: 1917-1988 – VII. Mandated Palestine: The Partition Plans” United Nations Information System on the Question of Palestine (UNISPAL). 29 June 1978

[vi] “Official Records of the Second Session of the General Assembly: Supplement No. 11.” United Nations Information System on the Question of Palestine (UNISPAL). 3 September 1947

11 Hull, William Lovell. “The fall and rise of Israel: The Story of the Jewish People during the Time of Their Dispersal and Regathering.” Grand Rapids: Zondervan Pub. Co., 1954. Preface.