The Bedouin of Israel and the Begin-Prawer Plan

CJPME Factsheet 177, published September, 2013: The Begin-Prawer Plan was a plan to forcibly displace Negev Bedouins, ostensibly for the promotion of the region’s economic development.  This factsheet examines the origins of Israel’s Bedouins, and the ominous implications of the Begin-Prawer Plan for this population.

The Bedouin of Israel and the Begin-Prawer Plan

Factsheet Series No. 177, created: September 2013, Canadians for Justice and Peace in the Middle East
View factsheet in PDF format 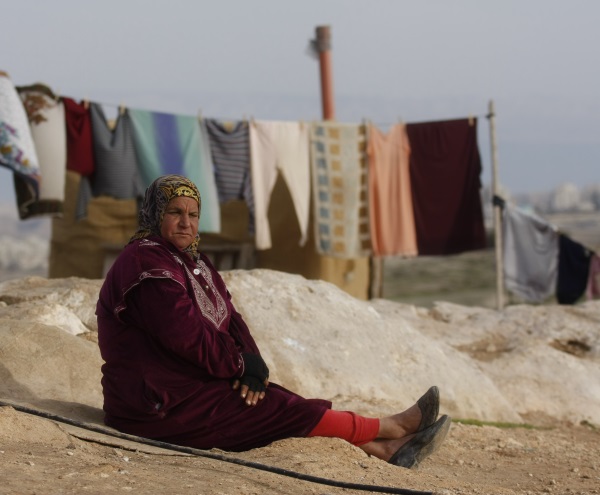 Who are the Bedouin of Israel and what is their situation?

An aboriginal people: The Bedouin of Israel have inhabited the Negev desert (Naqab) since the 7th century.1 Their way of life was not nomadic but semi-nomadic and they practiced extensive farming (based on the natural resources available), in conjunction with their pastoral activities. From the 20th century, the Negev Bedouin developed their own land tenure systems, first recognized under the Ottoman Empire and then under the British Mandate.2 Furthermore, the Jewish Agency and the Jewish National Funds bought many tracts of land from the Bedouin in the 1920s and 1930s, thereby recognizing the legitimacy of Bedouin land ownership.3

The 1948 dispossession: When the State of Israel was created, 80 to 85 percent of the Negev Bedouin were exiled to the West Bank, Gaza, Jordan and Egypt, resulting in a drop in the population from around 95,000 in 1947 to 11,000 at the end of the war.4 Moreover, those who remained were confined to the Siyag (literally the enclosure), known for its aridity and poor soil—10 percent of the territory they previously inhabited. Until 1966, the military government did not allow them to travel without authorization, which prevented their seasonal migrations.5

A discriminatory status for a disadvantaged population: The Negev Bedouin are citizens of Israel but they do not enjoy the same rights as their fellow citizens who are Jewish in several respects. Half of the 190,000 Bedouin of Israel live within the Siyag in 45 villages, including 10 in the process of being officially recognised by the Israeli authorities and 35 that are unrecognized.6 The criteria on which Israeli recognition of Bedouin villages is based are much more stringent than those applying to new Jewish villages.7 Moreover, because these Bedouin villages do not figure on official maps, the State denies them basic services, such as electricity and running water. Education and health care are only partially provided.8 Homes may be destroyed at any time.9

The other half of Israel’s Bedouin live in seven townships built in the 1960s to regroup them in a limited geographical area.10 Many Bedouin who had lost their land or who did not own any before 1948 gradually agreed to establish themselves there.11 Today, these towns, disconnected from the traditional Bedouin way of life, are overpopulated and offer little employment due to the lack of local industries. In 2002, none of these towns had a full sewage system, even when residents had paid Israeli authorities for the installation. In general, public services (including health care, schools, recreational services, transport) are inadequate or nonexistent.12 These towns have amongst the country’s highest levels of unemployment, poverty and early school leaving. 13

What is the Begin-Prawer Plan?

A plan to uproot Bedouin: The Begin-Prawer Plan is a plan to forcibly displace Negev Bedouins under the guise of promoting the region’s economic development.  According to the Israeli government, one of the Plan’s goals is to better integrate Bedouin and to reduce the socio-economical disparity between them and Israel’s other citizens.  However, the plan does not take account of the Bedouin’s real needs and was developed without consulting them.14

A military and economic manoeuvre: In place of Bedouin villages, the Israeli government plans to build military centres and to establish new Jewish villages. The Negev desert is of strategic military interest because it shares borders with Gaza, Egypt and Jordan and is the area through which Israel accesses the Red Sea, where Israel has an important naval base. Moreover, the region’s subsoil is believed to be overflowing with oil and natural gas.15

A plan whose speedy implementation is high priority for the Netanyahu administration: The legislation implementing the Plan was approved on first reading by the Israeli parliament (the Knesset) June 24, 2013, with 43 votes for and 40 against. Now, a ministerial committee is preparing the second and third readings of the bill.16

What are the Begin-Prawer Plan’s consequences for Bedouin life?

Evictions and impoverishment: The 35 unrecognized villages are threatened with destruction under the Plan, which would lead to forced displacement of 30,000 to 70,000 people. Some of these villages, which occupy only 5 percent of the Negev territory, were established before the creation of the State of Israel, while others were established in the 1950s under martial law.17 The Begin-Prawer Plan will thus strip Bedouin of their properties and of their historical lands and thousands of Bedouin families will be condemned to poverty and unemployment. Furthermore, beyond the economic impact, the attachment to the land and the significance it has for these aboriginal people should not be underestimated.18

Moreover, the Plan understandably engenders anger, reinforces the Bedouin’s sense of exclusion  and does not contribute to normalization of  their presence  within Israel and the region. Instead of contributing to a process of reconciliation, this plan widens the gap between the Bedouin and the State.19 For those reasons, the Bedouin vigorously oppose the implementation of the Begin-Prawer Plan.

What aspects of the Begin-Prawer Plan raise legal issues?

Violation of Israeli law: The Plan conflicts with the Bedouin’s rights to property, dignity and liberty to choose their home, rights guaranteed by Israel’s Basic Law (a constitution-like law).20 As well, the Plan strips courts of the power to halt evictions thus suspending the primacy of law. Furthermore, the Prime Minister is granted great discretionary powers in the implementation of the Plan.21 As well, as noted by the Association for Civil Rights in Israel (ACRI), the Plan’s legal framework applies only to Bedouin which is highly discriminatory and does not respect the principle of equality before the law.22 Finally, the compensation for the lands to be confiscated is insufficient (a maximum of 50 percent of its value.)

The Begin-Prawer Plan has been denounced by many public figures and civil society organizations within Israel24, as well as many international voices. The European Parliament25, the UN High Commissioner for Human Rights26, Human Rights Watch and Amnesty International27, to name only a few, have denounced the Plan. In Canada, over 100 writers denounced it in a letter to Israeli and Canadian leaders.28

What is the Negev Bedouin’s position on the Begin-Prawer Plan?

The Bedouin have expressed strong opposition to the Plan29: Since the Plan was first announced in 2011, Israel’s Bedouin have energetically protested against it.  Israeli security forces have often used excessive force against Bedouin protesters.30 The repeated efforts by representatives of the unrecognized Bedouin villages to engage in a dialogue with Israeli authorities were ignored. The Regional Council for Unrecognized Villages (RCUV), an organization representing the majority of Bedouin villages in the Negev, has nonetheless developed an alternative plan31  to regularize the Bedouin situation and to promote the region’s economic development while respecting its citizens’ rights and culture.


1 Adalah, The Legal Center for Arab Minority Rights in Israel. The Arab Bedouin and the Prawer Plan – Ongoing Displacement in the Naqab. [On line].

2 T’ruah, the rabbinic call for human rights. Fact Sheet about the Rights of the Bedouin in the Neguev. [On line].

8 The Association for Civil Rights in Israel. In depth : Israel ignores Bedouin Needs with Begin Plan. [On line].

14 T’ruah, the rabbinic call for human rights. The Prawer Plan.

16 Adalah.  Demolition and Eviction of Bedouin Citizens of Israel in the Naqab (Neguev) – The Prawer Plan. [On line].

20 Adalah. Demolition and Eviction of Bedouin Citizens of Israel in the Naqab (Neguev) – The Prawer Plan. Ibid.

21 Adalah.  The Arab Bedouin and the Prawer Plan – Ongoing Displacement in the Naqab. Ibid.

22 The Association for Civil Rights in Israel. Ibid.

24 Amongst these organizations are the Regional Council for Unrecognized Villages (an umbrella group for Bedouin), Rabbis for Human Rights, ACRI, Bimkom (Planners for Planning Rights), Adalah, Mossawa Center, Community Advocacy – Israel and the Negev Coexistence Forum.

29 See letter from the Regional Council for Unrecognized Villages to the Israeli Prime Minister, Minister of Justice and Attorney General. [On line].

31 The Alternative Master Plan for Bedouin Villages in the Negev. [On line].