CJPME Factsheet 184, published September, 2014: This factsheet provides an overview of the so-called “Islamic State in Iraq and Syria” (ISIS): its emergence, its primary goals, and the source for its popular support in Iraq and Syria.  It also discusses its manner of funding and expanding its operations.

Factsheet Series No. 183, created: September 2014, Canadians for Justice and Peace in the Middle East
View factsheet in PDF format 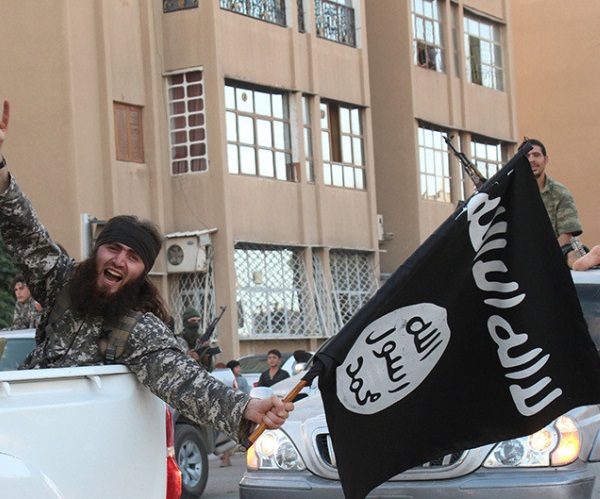 What is ISIS and how did it emerge?

The Islamic State of Iraq and Syria (ISIS) is the successor to The Islamic State of Iraq (IS). It is a hardline Sunni Muslim jihadist group operating in Iraq and Syria.[i] It emerged in a nascent form a decade ago as an offshoot of al-Qaeda in Iraq, which itself arose in response to the US invasion of 2003. It is currently led by Awwad Ibrahim al-Badri al-Samarri, a.k.a. Abu Bakr al-Baghdadi.[ii]

When sectarian fighting broke out in Syria in 2011, Baghdadi sent an envoy there to create the al-Nusra Front. Al-Nusra became the main Sunni jihadist group fighting the Alawite-dominated[iii] government of President Bashar al Assad.

In 2013 al-Baghdadi’s people came into conflict with other jihadist groups in Syria as al-Baghdadi tried to consolidate his forces in both Iraq and Syria. Al-Qaeda’s leader also disagreed with Baghdadi’s attacks on Muslim offshoot sects — e.g. Shia and Ismaeli Muslims, Sufis, etc.

ISIS’s brutality and imposition of harsh sharia law led to open conflict with other opposition groups in northern Syria in January 2013.  During this period, al-Nusra, as well as more moderate rebel groups, fought against ISIS. In February 2013, Al-Qaeda and al-Nusra severed all ties with ISIS, citing ISIS’s brutality and insubordination. [iv]

How big is ISIS, how much territory does it control and how well armed is it?

Estimated number of fighters:  US officials believe ISIS has about 15,000 fighters. However, an Iraqi expert on ISIS, Hisham al-Hashimi, estimated in August 2014 that IS had 30,000 to 50,000 fighters, of whom 30 percent were “ideologues” and the remainder there through fear or coercion.[vi]  Many are neither Syrian nor Iraqi.[vii]

Estimated size of territory controlled: ISIS is estimated to control between 40,000 sq km (15,000 sq miles) and 90,000 sq km (35,000 sq miles) of Iraq and Syria—about a third of both countries. (An area about the size of New Brunswick.)  It controls the cities of Mosul, Tikrit, Falluja and Tal Afar in Iraq and Raqqa in Syria, and areas including oil fields, dams, main roads and border crossings. About 8 million people are living under full or partial ISIS control.[viii]

Weaponry: ISIS has sophisticated weapons, many seized following the US invasion of Iraq, or more recently from fleeing or captured Iraqi or Syrian troops. They also obtain sophisticated weapons from other anti-Assad groups. As veteran Middle East correspondent Patrick Cockburn notes, there is no dividing wall between extreme jihadist groups and the supposedly “moderate” allies some western powers are supporting. A Middle East intelligence official commented to Cockburn:

ISIS members are always pleased when sophisticated weapons are sent to anti-Assad groups of any kind because they can always get the arms off them by threats of force or cash payments.[ix]

What are ISIS’s primary goals?

Establishment of an Islamic state (“caliphate”): ISIS’s original goal was to establish an Islamic state in the Sunni territories of Iraq, to be governed according to its literalist interpretation of the Koran. A 2007 IS pamphlet indicated that modern notions of statehood and national borders must be discarded, and that improving people’s living conditions matters less than “improving” their observance of Islam.[x] When civil war broke out in Syria, ISIS announced that the Sunni territories in Syria would also be part of its intended caliphate.

Why do some Iraqis and Syrians support ISIS?

How does ISIS operate?

Lightweight “occupation” strategy: According to Patrick Cockburn, ISIS uses its forces as shock troops to take easy targets but does not get dragged into prolonged fighting in which its fighters would be tied down and suffer heavy casualties. Instead, it picks off government garrisons in Sunni-majority districts, but does not necessarily leave many of its militants behind, instead relying on local allies to maintain control.[xiv] It swiftly eliminates Shias and other non-Sunnis and non-Arabs, installs Sunnis in positions of responsibility, and sets up control of public services. As it moves from area to area, it activates sleeper cells and picks up new fighters who either share its anger over Sunni marginalization or join out of fear.

Brutal against opponents: According to Amnesty International “… Islamic State (IS) has carried out ethnic cleansing on a historic scale in northern Iraq. … IS has systematically targeted non-Arab and non-Sunni Muslim communities, killing or abducting hundreds, possibly thousands, and forcing more than 830,000 others to flee the areas it has captured since 10 June 2014.” Groups persecuted include Assyrian Christians, Turkmen Shia Muslims, Shabak Shia Muslims, Yezidis, Kakai and Sabean Mandaeans, who had peacefully co-existed in the area for centuries.[xv]

ISIS also claimed to have executed 1700 Iraqi soldiers in June and 250 Syrian soldiers in August 2014, and has published corroborating photos on social media. The mass executions of Iraqi soldiers have been confirmed by survivor testimony published by Human Rights Watch in September 2014.[xvi] [xvii]

Financing through resource control and provision of services: Although initially partially financed by wealthy individuals in the Gulf states, ISIS has become self-financing by controlling oil wells in eastern Syria and many of Syria’s grain stores, smuggling Syrian antiquities, trading in internationally prohibited weapons, extorting those using highways, and collecting ransoms from foreign journalists and private companies. On capturing a town, it secures the area’s water, flour and hydrocarbon resources and centralises their distribution,[xviii] making residents dependent on it and enabling it to generate revenues. It also looted Mosul’s banks. It is now the world’s wealthiest jihadist group, with cash and assets worth over $2 billion.[xix]


[i] IS is strongly influenced by Wahhabism, a fundamentalist 18th century version of Islam promoted throughout the Middle East by US ally Saudi Arabia. Wahhabism considers women second-class citizens, and deems Shia Muslims heretics, to be persecuted along with Jews and Christians. IS also deems Hamas an “apostate” group, and strongly opposes it.

[ii] Baghdadi fought in a rebellion in western Iraq following the US invasion. He was captured by US forces in 2006, jailed for several years, then rejoined an al-Qaeda affiliates in Iraq on his release.

[iii] Alawites are a small Shia Muslim sect, most numerous in Syria, where they number 2.2 million, 12 percent of the Syrian population.

[vii] The Soufan Group, a private intelligence and security firm, estimates that 12,000 of ISIS fighters are neither Syrians nor Iraqis.

[xii] Chulov, Martin. "What next for Islamic State, the would-be caliphate?" The Guardian. September 3, 2014.

[xviii] “Islamic State: Where does jihadist group get its support?” BBC. September 1, 2014.