CJPME Factsheet 186, published September, 2014: This factsheet provides an overview of Hamas: its emergence, its goals, and the source for its popular support.  It also discusses how Hamas operates within Palestinian society, and the services it provides.

Factsheet Series No. 185, created: June 2014, Canadians for Justice and Peace in the Middle East
View factsheet in PDF format 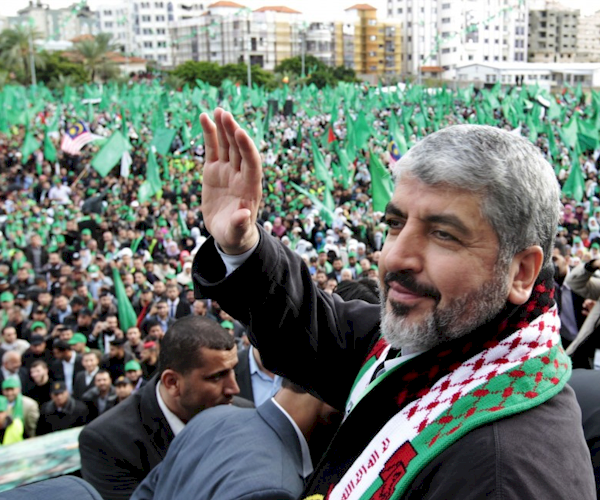 What is Hamas and how did it emerge?

Hamas is an Islamist Palestinian political party with a military wing. Hamas is the acronym for Harakat Al-Mouqawama Al-Islamiyya (Islamic Resistance Movement), and also means “enthusiasm” in Arabic.

Hamas’s precursor, the Palestinian branch of the Muslim Brotherhood (MB,) disagreed with the secularism of the Palestinian Liberation Organization (PLO), dominated by the Fatah party and led by Yasser Arafat.  It also initially disagreed with the PLO’s recourse to violence after Israel occupied the West Bank and Gaza in 1967. The Palestinian MB focussed on cultural and religious activities and providing social services and was therefore initially tolerated, and to some extent even encouraged, by the Israeli government, which hoped it would be more pliant than the PLO, which it sought to crush and discredit. Gaza’s number of mosques tripled from 200 in 1967 to 600 in 1987.[i] [ii]

Hamas was founded in 1987, during the first Palestinian intifada, a general uprising against the occupation. Hamas’s spiritual leader, Ahmed Yassin—paraplegic since 12 and nearly blind—wished to position Hamas as a protagonist in the uprising. Like most people in Gaza, he and his family had fled there after their communities of origin were razed by Jewish militias as the State of Israel was established. Yassin’s experiences, hopes and vulnerability thus resonated with many Palestinians.

What are Hamas’s primary goals?

Hamas’s goals have evolved substantially over the years. Its founding Charter advocated, among other things, the establishment of an Islamic state in all of historic Palestine, the application of Sharia Law and the destruction of the State of Israel. However, since 2004, many Hamas leaders have repeatedly offered to accept a two-state solution to the Israel-Palestine conflict based on the pre-1967 borders. Hamas’ current priorities are to end the occupation, protect the right of Palestinian refugees to return, and seek the liberation of Palestinian prisoners. Hamas leader Khaled Meshaal indicated to CarterCenter senior advisor Robert Pastor that the Charter is "a piece of history and no longer relevant, but cannot be changed for internal reasons." Pastor has asserted that those who quote the Charter rather than Hamas’s more recent stances do so to justify ignoring Hamas. [iii]

How does Hamas operate?

How much support does Hamas now have, and how strong is it militarily?

Hamas’ popularity skyrocketed after Israeli summer 2014 assault:  According to polling cited by the Jerusalem Post, 61 percent of Palestinian potential voters would support Hamas’s Ismael Haniyeh, versus 32 percent for Fatah’s Mahmoud Abbas. In Gaza, 53 percent support Haniyeh; in the West Bank the figure jumps to 66 percent.[xii]

Military strength: Hamas does not release figures on the size of its military wing. In 2009, the International Crisis Group estimated that the Qassam Brigades had 7,000 to 10,000 full-time members with a reserve of 20,000 soldiers. IHS Jane’s listed Hamas as having 13,000 well-trained and well-equipped personnel in September 2013.[xiii] Hamas manufactures much of its own weaponry, using home-made ingredients, but also imports limited numbers of long-range rockets, allegedly from Iran.

Why do many Palestinians support Hamas?

Although individual Hamas members have at times pressured women to wear hijab, Hamas leaders state this is not its policy. Hamas respects the rights of the Christian minority living in Gaza: their churches operate openly and many Christians work in the Hamas government. Hamas has vocally condemned ISIS for atrocities; ISIS considers Hamas “apostate” and an enemy.

[iv] Yassin was arrested and sentenced to life in prison; 400 Hamas activists were deported to Israeli-occupied South Lebanon.

[v] According to an LA Times article, Rabbi Yaacov Perrin told mourners that even 1 million Arabs “are not worth a Jewish fingernail.”