CJPME Factsheet 188, published June, 2014: Despite months of hard work by US Sec. of State John Kerry, negotiations between Israel and the Palestinians slowly broke down through the spring of 2014.  This factsheet highlights the many reasons for the breakdown of talks, and the unimpressive response to developments by Canada’s Harper government.

Factsheet Series No. 188, created: June 2014, Canadians for Justice and Peace in the Middle East
View factsheet in PDF format 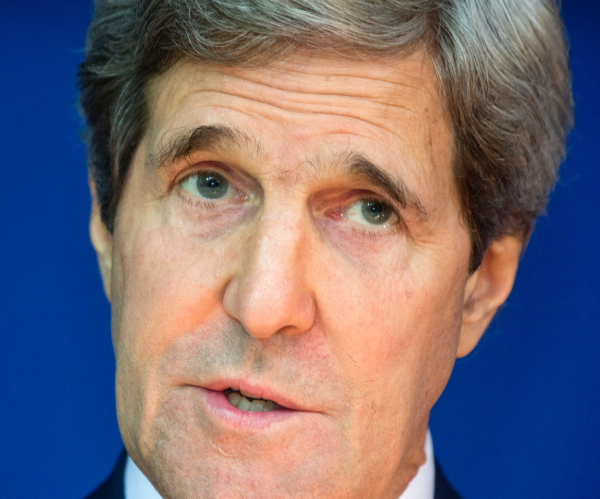 What was the context of these peace talks?

On July 29, 2013, US-sponsored talks between Israeli and Palestinian representatives resumed after a four-year hiatus. The preconditions for the talks included a settlement freeze and a prisoner release by Israel in exchange for the Palestinians holding off on seeking further memberships in UN bodies.  The meetings began in the summer of 2013 in Jericho, West Bank, with Tzipi Livni and Saeb Erakat as the top negotiators for Israel and the Palestinians respectively, and US Secretary of State John Kerry as a third-party mediator. Officially the negotiations were between Israel and the PLO. Hamas, which does not belong to the Fatah-dominated PLO,  was not included in the negotiations, although it won the largest share of the popular vote and the most seats in the last internationally supervised elections for the Palestinian Legislative Council. Israel refuses to have talks with the elected majority of the Palestinian Legislative Council until they permanently renounce armed struggle and recognize Israel’s “right to exist.” The issues to be discussed included land borders, “settlements,” the future of Jerusalem, refugees, and security. On April 24, 2014, Israel announced its withdrawal from the talks.

Why did the talks founder?

Settlement Expansions: The single most significant factor preventing progress during the talks was Israel’s intensification of “settlement” construction in the occupied Palestinian territories (oPt), in violation of international law, official US policy, and one of the preconditions for the talks.  Even Justice Minister and chief Israeli negotiator Tzipi Livni echoed US Special Envoy Martin Indyk’s sentiment that Israeli settlement construction undermined the talks and led to their eventual collapse.[1]

According to Israeli-based NGO Peace Now, during the talks, the Israeli government approved 13,851 new settler housing units in the oPt. Israeli forces demolished over 500 Palestinian structures, including the village of Khirbit Makhoul.[2],[3] Israeli occupation forces confiscated over 14,000 acres of land owned by Palestinians and registered them with names of Jewish settlement companies.”[4]

Palestinian actions at the UN: The US and Israel allege that Palestinian accession to various UN bodies undermined the peace talks and violated one of the preconditions.[6] This assertion merits closer examination.

In exchange for Israel’s promise to release 104 veteran Palestinian prisoners, the Palestinians agreed to hold off until April on joining UN organizations. However, Israel announced in early April that it would not release the final tranche—27 prisoners. After Israel’s announcement, Abbas signed letters of accession to 15 UN Conventions.[7][8]

Moreover, given Israel’s increased illegal settlement starts during the talks, it is debatable whether Palestinian leaders still had any obligation to postpone exercising Palestinians’ legal right to accede to UN bodies, including international courts where they might seek redress for Israel’s violations of international law.

Therefore, although the Fatah-Hamas unity agreement and Palestinian accession to UN bodies will change the dynamics of the Israeli-Palestinian conflict, they clearly were not the main reasons that the talks foundered.

How did the US and Canada react to the lack of progress and eventual halt of talks?

During the talks, the Harper government and the opposition parties remained silent about Israel’s successive announcements of settlement expansions, although long-time allies, including the US and various European governments, sounded the alarm about the deleterious impact of the settlement expansions on the prospects for peace. The Norwegian Foreign Ministry, for example, issued a press release stating that Israel’s “settlement policy is becoming an ever greater obstacle to a two-state solution.”

When Israel withdrew from the talks shortly before the deadline, Canada’s Foreign Affairs Minister John Baird ignored the settlement expansions and called Israel’s withdrawal from the talks “understandable” in the light of the PLO’s rapprochement with Hamas.[9] Baird later commented in a CTV News interview that “the days are gone when Canada's foreign policy was defined simply by taking the middle path,” reiterating the Harper government’s bias for Israel.[10]  The Canadian government appears to agree with Netanyahu’s assumption that he has the right to choose by whom Palestinians will be represented, and to oblige a somewhat less popular political force (Fatah) to exclude a more popular one (Hamas) from Palestinian governance bodies if Netanyahu prefers it that way.

While John Kerry urged both Israeli and Palestinian leaders to make compromises, the US did not use its diplomatic and economic leverage to promote a just settlement.[11]  Israel remains the number one recipient of US aid.[12] The US itself is arguably a “leading obstacle to peace,” due to its recurrent vetoes of UN Security Council resolutions on permanent status issues.[13]  Nonetheless, Kerry stated in April 2014 that if the efforts to reach an Israeli-Palestinian settlement fail, Israel risks becoming an apartheid state. He later retracted this frank observation after harsh criticism by pro-Occupation lobbyists in the US.

How likely is a resumption of negotiations?

There are various impediments to an early resumption in negotiations. The Israeli government has advanced a bill that could prevent the release of any Palestinian prisoners during negotiations[14]—long a condition for talks. Despite Abbas’s assurances that the unity government will respect the “Quartet’s”* conditions of recognizing Israel, adhering to previously signed treaties, and renouncing violence,14  Netanyahu claimed the unity government would  only “strengthen terror” and urged the international community to not recognize it.[15] Netanyahu has threatened retaliatory measures against the Palestinian Authority. It should be noted that some Israeli analysts (e.g.  former Mossad chief Efrain Halevy) disagree with Netanyahu’s belligerent stance and have urged him to negotiate with Hamas.

Israeli leaders may have to consider returning to the table. To Israel’s dismay, the US plans to work with and fund the new unity government.[16] Former President Jimmy Carter notes, “the decision by the leaders of the Palestine Liberation Organization and Hamas to reconcile their differences and move toward elections can be a positive development.”[17] The European Union has welcomed the formation of the unity government, noting that the EU had specifically called for reconciliation between Fatah and Hamas.15 Ultimately, if the Israeli government punishes Palestinians for ending the Fatah-Hamas rift, the Palestinians will continue to appeal to international bodies to uphold their rights under international covenants and accords.

[6] Wilner, Michael. “In major speech, Indyk opens up on 'breakdown' of Israeli-Palestinian peace talks.” The Jerusalem Post. May 9, 2014.