CJPME Factsheet 191, published March, 2015: This factsheet provides a summary analysis of the Harper government’s security bill C-51.  The factsheet talks about how the bill endangers Canadian privacy, as well as how certain groups could easily be inappropriately targeted through the legislation.

Factsheet Series No. 191, created: March 2015, Canadians for Justice and Peace in the Middle East
View factsheet in PDF format 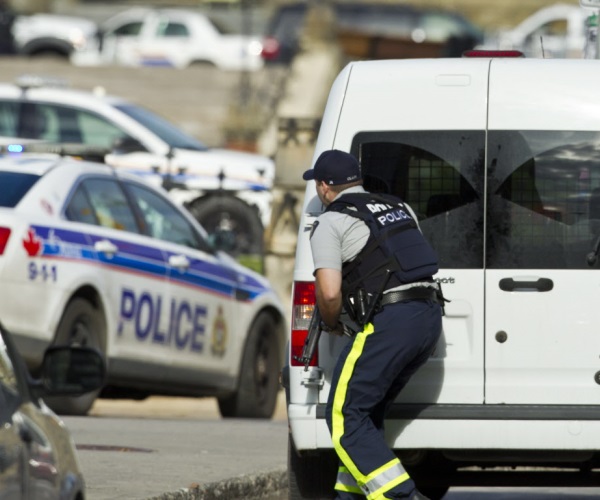 Bill C-51, or the Anti-Terrorism Act 2015, is a piece of legislation proposed by the Harper government. The bill gives the Canadian government greater freedom in combatting terrorism by, among other measures, lowering the threshold for the arrest of terror suspects, allowing for greater information sharing between government agencies, and expanding the no-fly list.[i] Under the law, otherwise private information can legally be shared among 17 different government agencies, including the Canadian Security Intelligence Service (CSIS), the Canada Revenue Agency, the Canada Border Services, and the Royal Canadian Mounted Police (RCMP).[ii]

While combatting terrorism is certainly a worthwhile pursuit, many security experts have expressed concern over the bill. Two important objections to the bill overall are that: 1) the legislation unduly undermines Canadians’ freedom and right to privacy,[iii] and 2) the legislation fails to establish an oversight body to hold security organizations accountable. [iv]

As with all legislation, Bill C-51’s ability to compromise Canadians’ rights depends on how it is implemented. Much of the concern regarding the bill lies in its vague language and wording, which means that it has the potential to be applied in a wide variety of instances, some of which might not be directly related to terrorism.[v]

Example: Criminalizing free speech through overly broad language.  For instance, Bill C-51 proposes criminalizing “knowingly advocating or promoting the commission of terrorism offenses in general.”[vi] While this may seem like a positive development, legal experts have noted, “terrorism offenses are much broader category than what would be regarded as actual terrorism.”[vii] A common example refers to journalists or academics that may advocate on behalf of anti-government protestors elsewhere in the world, such as Ukraine or Syria.  These individuals often have public platforms and can incite the public to provide groups with political, monetary, or other forms of support.[viii] If these protestors later turn to acts of vandalism or political violence, the journalist or academic in question might be liable for promoting “terrorism in general.”

Example: Criminalizing dissent through overly broad language.  Bill C-51 targets “activities that undermine the security of Canada,” including threats to Canada’s sovereignty, security, territorial integrity, and the safety of its citizens. [ix] [x] While the bill makes exceptions for lawful forms of protest, dissent, or artistic expression non-legal protests are not necessarily violent or damaging ones. For example, protestors who do not provide local authorities with a definitive route can often have their protests declared illegal, even if they are peaceful in nature.[xi]  As a result, many analysts of the bill are worried that it could be used to limit Canadians’ right to peaceful dissent and criticism of the government.

Example: Loss of privacy due to inadequate information sharing guidelines.  Finally, Bill C-51’s amendment of privacy laws to allow for increased information sharing is worrisome. As mentioned previously, 17 Canadian agencies would have the ability to exchange information freely for the purpose of combatting terrorism.[xii] This means that citizens’ personal information could be shared with agencies that would otherwise not have the jurisdiction to access it. Furthermore, this raises the question of how information might be shared between countries. Given that different nations frequently trade intelligence with their allies, it remains unclear whether private information obtained by Canadian intelligence through other agencies could be shared with governments abroad.

How might Bill C-51 disproportionately impact certain people or groups?

As mentioned in the previous section, despite Bill C-51’s exception for lawful forms of protest, dissent, or artistic expression, the proposed legislation could still have adverse consequences for certain causes which are legitimately popular with many Canadians.

Example: Criminalization of unorthodox protest actions: Green Party leader Elizabeth May provided one example during House Debate when she asked whether the blockading of Kinder Morgan pipelines by environmental activists, a technically illegal act, would qualify as terrorism under the new law.[xiii] Others have expressed concern over how the legislation may affect Aboriginal groups, which also engage in forms of technically “unlawful” protest to draw attention to their cause.[xiv] Though these concerns may seem somewhat arbitrary, a recently leaked RCMP document has specifically identified both the environmental movement and First Nations groups as “a growing and violent threat to Canada’s national security.” Given Bill C-51’s focus on targeting activities that compromise the security of the country, it appears that protestors have legitimate reasons to be concerned about the proposed legislation.[xv] [xvi]

Example: Criminalization of separatist-oriented dissent: The bill also has the capacity to target individuals or groups who pose a threat to Canada’s territorial integrity. Thus, it appears that sovereigntist groups or First Nations communities may also be at risk of persecution under the new law.[xvii]

Example: Criminalization of diaspora-oriented movements: Finally, C-51 states that it aims to prevent “[activities] that take place in Canada and undermine the security of another state.”[xviii] Again, the vague nature of the language used has led many to question whether various diaspora groups would be prevented from engaging in promoting positions that are antagonistic to foreign governments.[xix] Even more simply, could this legislation be used to prevent Canadians from voicing legitimate criticism of authoritarian or repressive foreign regimes?

Yes. In a letter signed by 5 former Supreme Court justices, 7 former solicitors general, and 3 past members of the intelligence review committee, lack of oversight was ranked as a top concern. At present, the Security Intelligence Review Committee (SIRC) oversees agencies such as CSIS. However, as critics point out, the SIRC is precisely that, a review body, and does not have the resources to survey CSIS in real time.  Many legal experts and former government officials are citing this lack of oversight as their greatest concern.[xx]

Will the new legislation be effective at stopping terrorism?

It is not clear.  While the implementation of Bill C-51 remains to be seen, the legislation’s plan for combatting actual terrorist threats is debatable. Many politicians and analysts have pointed out that Canada already has anti-terrorism legislation (Bill C-36), which has been in place since December 2001.[xxi] They argue that the powers granted under that legislation are sufficient to combat the security risks that Canada may face.  Despite this, former assistant director of intelligence for CSIS, Ray Boisvert argues that security investigations are often handicapped as CSIS agents get “jammed up by privacy issues” while attempting to access information held by other Canadian agencies.[xxii]

Finally, it should be noted that Bill C-51 does little to actually confront the root causes of violent extremism inCanada or abroad. Many believe that governments need to put greater emphasis on understanding why individuals become radicalized and how the underlying causes of such radicalization can be properly addressed.

[xxi] “About the Anti-terrorism Act.” Canadian Department of Justice, January 2015.