CJPME Factsheet 195, published May, 2015: In July 2005, 170 Palestinian civil society organizations issued a unified call to the international community to initiate boycott, divestment and sanction (BDS) activities against Israel. This factsheet highlights the movement motivations and its repercussions on the Palestinian and Israeli.

Factsheet Series No. 195, created: May 2015, Canadians for Justice and Peace in the Middle East
View factsheet in PDF format 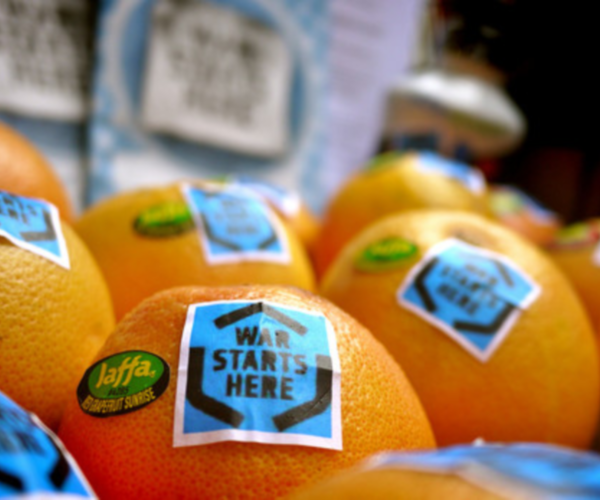 In July 2005, 170 Palestinian civil society organizations issued a unified call to the international community to initiate boycott, divestment and sanction (BDS) activities against Israel. Since then, many organizations and individuals have responded to this call, including important Canadian organizations.  Opponents of the BDS movement have criticized the movement stridently, some suggesting it is motivated by hate, others suggesting it constitutes a new form of anti-Semitism. [1]    Proponents, however, argue that it is simply an international social justice movement, intended to pressure Israel to respect the human rights of Palestinians.

What motivates the BDS movement?

In contravention of UN resolutions 242 and 338, Israel has militarily occupied the West Bank and Gaza since 1967.  Since then, Palestinian resistance to this occupation – through diplomacy, peaceful resistance, and armed resistance – has taken many forms.  Launched almost 40 years after Israel’s military occupation was imposed, the BDS movement seeks:

All of the demands of the BDS movement align with international law and long-standing UN resolutions.  As such:

Basically, the BDS condemns Israel’s unjust and/or illegal behaviour. When the injustice and violations end, so will the BDS action.

Why is Israel targeted?  Why not other countries?

Is BDS an appropriate way for Canadians to pressure Israel?


Is BDS anti-Israel?  Does it seek to destroy Israel?

What specific injustices is Israel committing?[5]

Will BDS hurt the Palestinians too?

Yes, there are hundreds of Canadian institutions  – church denominations, unions, organizations, etc. – which have endorsed BDS.  Three significant breakthroughs have been:

[2] UN Security Council resolution 242 of 1967 calls on Israel to withdraw from the territories it had recently occupied, in accordance with the UN Charter, and the Fourth Geneva Convention, Art. 49, prohibits the colonization of militarily occupied land.

[3] The International Court of Justice decision of 2004 called for the dismantling of Israel’s Wall.

[5] “Palestinian Civil Society Calls for Boycott, Divestment and Sanctions against Israel Until it Complies with International Law and Universal Principles of Human Rights,” Global BDS Movement, July 9, 2005, retrieved on Feb. 13, 2010.

[8] “Search results for ‘successful actions,’”U.S. Campaign for the Academic and Cultural Boycott of Israel, retrieved 2010.02.25