Factsheet Series No. 198, created: April 2016, Canadians for Justice and Peace in the Middle East
View factsheet in PDF format 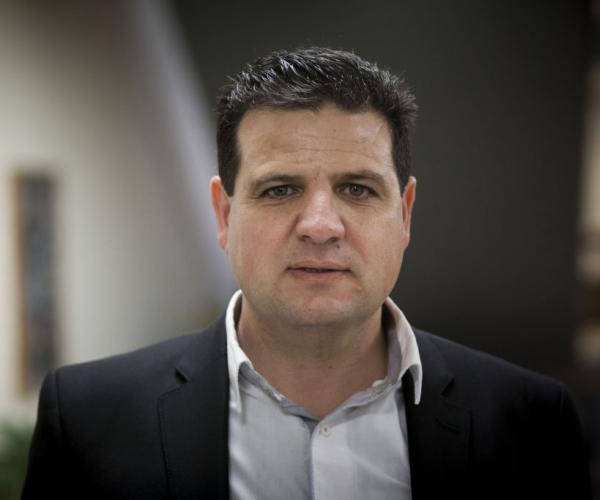 Who is Ayman Odeh?

Ayman Odeh is a Palestinian-Israeli lawyer and member of Israel’s Parliament, the Knesset (MK.)[1] In 2015, he was elected leader of the party Hadash, a leftist coalition party in Israel. Shortly afterwards, Hadash joined with several other “Arab” parties to form a new coalition party known as the “Joint List.”[2] Odeh was subsequently elected as leader of the Joint List. This new coalition allowed Israel’s Palestinian minority to win unprecedented representation in Israel’s 2015 elections.  Following the 2015 elections, the Joint List became the third largest political party in the Knesset.  Odeh consequently became an important leader within this body, and a significant voice for Palestinian rights, both in Israel and in the occupied territories.

What are Odeh’s strengths as a leader?

Odeh is often characterised as a charismatic and confident leader.[3] He strongly advocates for peaceful coexistence between Jews and Palestinians in Israel.  He is also an advocate for human rights and civil liberties, frequently quoting Martin Luther King and often reiterating his desire to cooperate with other Israeli parties to find viable solutions to domestic issues. Odeh talks about wanting to build an "alliance of the disadvantaged" among Arabs and Jews.[4] He focuses on awakening broad public consciousness on the Palestinian situation, as well as making practical changes in Israel’s political sphere.[5] Odeh has also been credited for giving the Arab political coalition in Parliament a more moderate and pragmatic face.[6]

How did Odeh ascend so quickly to lead Palestinians in Israel?

Odeh represented Hadash on Haifa City Council between 1998 and 2005 before becoming the party's secretary-general in 2006. When Hadash leader Mohammed Barakeh resigned, prior to the 2015 elections, Odeh was elected as party leader. The timing of this new appointment largely contributed to his quick ascension to power within the Knesset, as the Joint List was created in anticipation of the elections.

The newly formed Joint List and the prominent place it took following the 2015 elections contributed to his rapidly growing reputation and influence within Israeli politics. His efforts to reach out to the international community, notably his visit to Washington in December 2015, have contributed to his popularity, therefore hindering the efforts made within the Knesset to dismiss him.[7][8]

Why is Odeh a symbol of hope for Palestinians?

By becoming the third most prominent party in the Knesset, the Joint List – with Odeh as its leader – became a symbol of hope for Palestinians, as no other Arab party had ever held that many seats in Parliament. This came after the threshold for winning seats in the Knesset was raised to 3.25 percent of the vote (in an attempt to prevent any Arab parties from winning seats, according to many political analysts.)[9] The creation of the Joint List therefore succeeded in turning a challenge into an opportunity, and allowed more significant representation of Palestinian Israelis within the Knesset.

Odeh opposes discrimination against Palestinians,  and also opposes violence, pushing for peaceful coexistence.  He often emphasizes the “[…] power of Arabs and Jews struggling together against racism and for democracy.”[10] He speaks frequently about the right of both Israelis and Palestinians to self-determination.

What are the criticisms of Ayman Odeh?

Odeh’s role as head of a coalition party representing a minority makes him a favourite target of critics from all sides.  By some, he is criticized for being too moderate, by others, for being too extreme. The most strident criticisms come from right-wing Jewish politicians and pressure groups accusing him of “legitimizing terrorism” or of “exploiting the openness of Israeli democracy in order to divide, cause friction, [etc.]”[11] More moderate critics accuse him of not condemning Palestinian violence strongly enough.[12] Odeh’s position, however, is clearly a conciliatory one, even if it is strongly opposed to the current political and social configuration within Israel. “I am expressing my very frank and honest desire to build a joint and equal society. And unfortunately that desire threatens the hegemony,” stated Odeh at the end of 2015.[13]

[5] Alfred, Charlotte. “Arab Israeli Leader: ‘We Are Living Proof That Arabs And Jews Can Refuse To Be Enemies’,” The Huffington Post, December 12, 2015.

[8] Tikkun, “Against Racism and For Democracy: Reflections on Ayman Odeh at the HaaretzQ Conference,” December 2015.

[10] Tikkun, “Against Racism and For Democracy: Reflections on Ayman Odeh at the HaaretzQ Conference”, December 2015.