CJPME Factsheet, published June, 2018: Muhammad bin Salman - known as MbS - became the Crown Prince of Saudi Arabia after rising to power in 2017. This factsheet explores how domestic and regional politics have changed under his rule, while highlighting the Canadian response to MbS.

Factsheet Series No. 208, created: June 2018, Canadians for Justice and Peace in the Middle East
View factsheet in PDF format 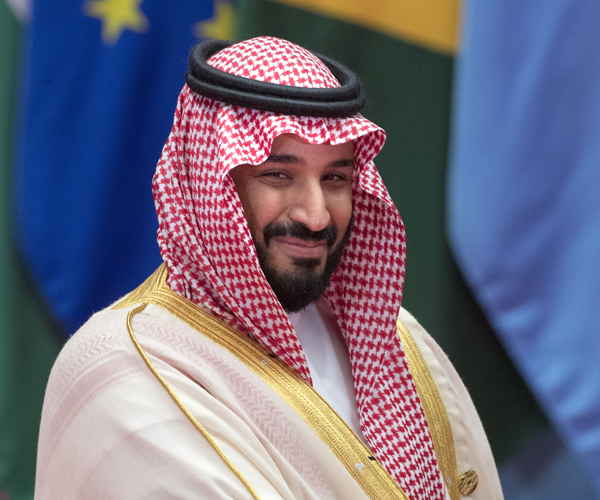 Prince Muhammad bin Salman, popularly known as MbS, is the son of King Salman of Saudi Arabia. While succession to the throne previously followed a direct lineage model, in an effort to address the growing youth demographic of the Kingdom, King Salman broke from tradition by naming his nephew, Muhammad bin Nayef as his heir. In 2017, King Salman replaced him with his own son, Muhammad, marking the first time in Saudi history that a son would be permitted to succeed his own father as king.[1]

MbS has since then taken many aggressive actions to consolidate and centralise his power, beginning with the arrests of dozens of dissenting scholars, ministers, and members of the royal family. What’s more, while slashing public spending, he continues to display exorbitant personal spending, such as the purchasing of a $500 million painting and $766 million yacht.[2] Though not yet the ruling monarch of the Kingdom, MbS is widely acknowledged as the “voice of the Kingdom,” and continues to enact drastic governmental changes and reforms on behalf of his father.[3]

How has Saudi Arabia changed since MbS took power?

Many have called attention to the flashy social reform that has taken effect in the Kingdom since MbS ascended to power. Nevertheless, his reforms aren’t nearly as progressive or positive as they might appear on the surface; these reforms bring little in terms of concrete change and are motivated by questionable intentions. For example, women are now permitted to attend sporting events, and the first Saudi women to be issued driver’s licenses will begin driving at the end of June 2018, but women are still obliged to sit in segregated “family” sections of stadiums, and many female activists who originally pushed for the right to drive remain imprisoned by the Saudi regime. What is more, Saudi women still live under strict and controlling male guardianship laws which rob them of their agency as well as their independence of choice and movement. There is no indication that MbS will prioritize human rights any more than his predecessors did. In fact, Saudi Arabia’s execution rate, already one of the world’s highest, has actually doubled since MbS has come into power.[4] Moreover, under MbS’ rule, nearly every member of the Saudi Association for Political and Civil Rights has been jailed.[5] In fact, many activists have been imprisoned simply for advocating for the rights of friends and family members in jail.[6]

MbS has instigated a series of investigations and purges of corrupt officials which to many is motivated by power rather than principle. The Saudi monarchy has long maintained a symbiotic and codependent relationship with the Wahhabi clergy, but many observers fear that balance could be in danger. Since his arrest of powerful Wahhabi clerics,[7] many speculate that MbS’ reforms are just political moves to consolidate power away from the clergy and towards the monarchy—if Saudi Arabia was not an absolute monarchy before, it seems to be heading in that direction now, and people seem quite willing to accept his autocracy.

Under MbS, Saudi Arabia has honed in on economic and technological progress through programs such as Vision 2030 – a plan to move the Saudi economy towards technological innovation and development – and the planning of a megacity intended to be an international commercial centre and “Saudi Silicon Valley”. This plan would involve privatizing many sectors of the Saudi economy and breaking up the national oil industry. This privatization is concerning as it could lead to the loss of public benefits and services for the average Saudi citizen.

How have regional politics been affected by MbS’ foreign policy?

Under MbS’ rule, foreign policy decisions have gone from measured and collective to arbitrary and unpredictable. MbS has weened power away from his elderly father and advisors and has taken charge of crucial regional and international affairs. He now “possesses […] a degree of power unparalleled in Saudi history.”[8] MbS has been at the centre of several foreign policy debacles, including his exacerbation of the war in Yemen, the blockade on Qatar, and the strangely personal role he played in the resignation of Lebanese PM Saad Hariri. Many of the foreign policy decisions made by MbS revolve around Saudi Arabia’s rivalry with Iran, and are meant to increase Saudi influence and control over regional politics.[9]

Nothing has been more visible regarding MbS’ platform as a leader of regional affairs than his decision to support the contested Yemeni government of Abdrabbah Hadi. MbS has perpetuated the civil war by attempting to stop the Houthi rebel group from overtaking the Saudi-friendly Hadi government. The Gulf Cooperation Council (GCC), an organization comprised of most of the Gulf States, institutionalizes and legitimizes Saudi Arabia’s powerful position in the region, and gave their support for Saudi Arabia’s first military strikes in Yemen in 2015.[10] Since then, MbS’ military has been extremely aggressive and reckless in their missions; Saudi airstrikes have collaterally killed over 13,600 Yemeni civilians since the beginning of their incursion,[11] and a severe Saudi-led blockade of Yemen has been slowly starving the country. The UN has reported that over 22.2 million Yemenis—over 80% of the population—is in need of humanitarian aid.[12] Despite international condemnations, MbS continues to commit war crimes in Yemen.

When other Gulf countries take dissenting stances on Saudi Arabia’s actions, the retribution is swift and dramatic. In May 2017, Saudi Arabia, led my MbS as both Crown Prince and Defense Minister, and three GCC allies abruptly launched a diplomatic and economic blockade of Qatar after accusing the Qatari emir of expressing pro-Iran sentiments.[13] Despite significant international consternation, the Saudi-led coalition demanded that Qatar diminish their diplomatic relations with Iran and close their state-run news agency Al-Jazeera, among other requirements, in order for the ongoing blockade to be lifted – demands that Qatar has refused to capitulate to.[14]

Regional politics took another twisted turn when in December 2017, MbS invited Lebanese Prime Minister and long-time ally Saad Hariri for a diplomatic visit to the Kingdom. During his trip, he was detained, cut off from contact with the outside world, and forced to resign under pressure on Saudi television. Hariri annulled his resignation as soon as he returned to Lebanon, and the world was left baffled at the absurd story playing out on the news.[15] Analysts have speculated that the Lebanon affair was Saudi Arabia flexing its muscles, showing that it can influence politics in a country largely dominated by Iran-backed Hizbullah. These isolated events play into the greater theatre of the Saudi-Iran proxy conflict, which has been referred to as the Saudi-Iran “Cold War.”[16]

How has Canada responded to the rise of MbS?

Canadian and western media have often failed to be sufficiently skeptical about the image and motives of MbS as a progressive reformer and a spokesman for change. One CBC article naïvely dubbed MbS “Crown Prince Charming,” and a “reform minded royal.”[17] These stories tend to highlight MbS’ plans for superficial reform and economic investment but downplay his human rights abuses in Yemen, regional political scandals, and his reluctance to stray from conservative Wahhabi law.

Politically, Canada and Trudeau remain steadfast trade partners with the Saudis. The weapons trade between the two nations is alive and well with Saudi Arabia listed as “the second-largest buyer of Canadian arms,” only behind the United States.[18] Analysts agree that it is almost inevitable that these Canadian weapons will be used against civilians. A spokesperson for Foreign Affairs Minister Chrystia Freeland offered that the Canadian government would monitor closely to see if Canadian weapons were being used in strikes in Yemen, but made no statements on how it would be done.[19] Meanwhile, Canada is going through with its multi-billion dollar arms deal to Saudi Arabia which will include a large number of combat-ready “heavy assault” armoured vehicles.[20]

[3] Umer Karim, “The Evolution of Saudi Foreign Policy and the Role of Decision-making Processes and Actors,” The International Spectator, Vo.52 No.2, 2017.

[8] Umer Karim, “The Evolution of Saudi Foreign Policy and the Role of Decision-making Processes and Actors,” The International Spectator, Vol. 52, No. 2 (2017): 77

[9] Anne Barnard and Maria Abi-Habib, “Why Saad Hariri had that Strange Sojourn in Saudi Arabia,” The New York Times, 24 Dec 2017.

[15] Anne Barnard and Maria Abi-Habib, “Why Saad Hariri had that Strange Sojourn in Saudi Arabia,” The New York Times, 24 Dec 2017.