CJPME Factsheet, published June, 2018: This factsheet traces the development of the modern rivalry between Saudi Arabia and Iran, while highlighting Saudi Arabia and Iran's geopolitical objectives. This factsheet also sheds light on the characteristics of the Saudi-Iranian "Cold War" in discussing the many proxy conflicts carried out between the two states. Finally, the factsheet discusses whether or not Canada has taken sides in the rivalry. 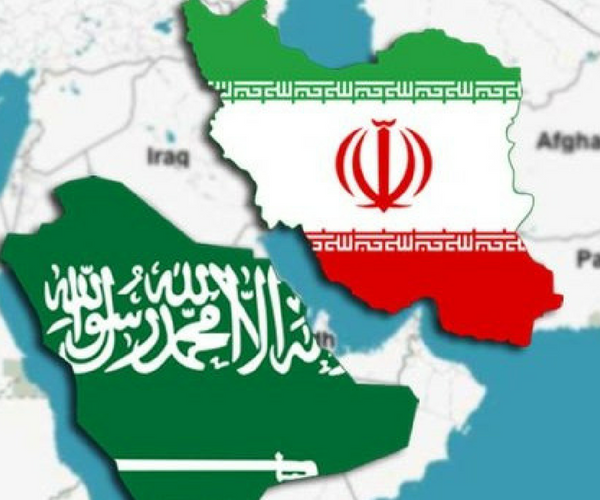 Factsheet Series No. 209, created: June 2018, Canadians for Justice and Peace in the Middle East
View factsheet in PDF format

Why are Saudi Arabia and Iran rivals?

The modern rivalry between Saudi Arabia and Iran can be observed as far back as the early 20th century.  When the colonial powers established borders and withdrew, Saudi Arabia and Iran, because of their size and oil wealth, immediately began to compete for regional control and influence.

While the rivalry is largely political and economic, there is an unavoidable religious component as well. Islam has two mainstream sects: Sunnism and Shi’ism. Saudi Arabia is a conservative Sunni monarchy [1] while Iran is a Shi’a revolutionary regime. The Islamic Revolution of 1979 in Iran is generally accepted as a turning point in the modern Saudi-Iranian rivalry.[2] After the Iranian revolution, a nervous Saudi government began cracking down on domestic Shi’a communities in the east of the country which were demanding more rights and visibility. Fearing pro-Iranian sentiment, the monarchy went to extreme lengths to push these religious minorities to the margins of Saudi society, executing religious and political Shi’a leaders and squashing protests as they emerged.[3][4]

For their part, the Iranian leadership views the Wahhabi-oriented government in Saudi Arabia as a sellout and “fake Muslim” regime which distorts religion to suit pro-Western interests.  It also resents the way the Saudis present themselves as the leaders of the Muslim world.

While religion plays a role in the Saudi-Iranian relations, it is not the rivalry’s main driving force.[5] Rather, Saudi Arabia and Iran are competing foremost in the commercial realm, particularly when it comes to oil. Saudi Arabia has larger oil reserves than Iran and chooses to keep oil prices low. Iran, however, with a scarcer supply, as well as economic setbacks caused by war and international sanctions, pushes for higher prices. Saudi Arabia has even been known to flood the oil market, causing prices to fall as punishment for Iran exceeding its oil quotas.[6] This has resulted in a power struggle within the Organization of the Petroleum Exporting Countries (OPEC).

What are Saudi Arabia and Iran’s geopolitical objectives?

Saudi Arabia and Iran’s competing objectives are clear: to become the dominant regional political, military, and oil power. The two countries pursue risky militaristic policies in order to achieve these goals. Iran continues to arm and back Shi’a entities in conflicts throughout the Middle East in the hopes that bringing these groups to positions of influence will increase Iran’s sphere of influence. For its part, Saudi Arabia promotes conservative Wahhabi thought around the world, and actively counters Iran’s moves via financial and military support to opposing groups.

While both countries say they want regional tensions to end, Iran has recently embraced a more diplomatic approach than Saudi Arabia. Iranians re-elected Hassan Rouhani as their president, who promotes a “good neighbour” policy which enabled the two rival countries to re-establish diplomatic relations in the 1990s. On the other hand, Saudi Arabia’s new Crown Prince, Muhammad bin Salman (MbS),[7] known for being unpredictable and reactionary, has been acting more provocatively in his seeming desire to dominate the region.[8]

How is this rivalry manifested?

The decades of tensions between the two regional powers has manifested itself in very strained bilateral relations. Diplomatic relations between Saudi Arabia and Iran were first severed in 1987 after a Saudi crackdown on Shi’ite protesters at the annual Muslim pilgrimage in Mecca, and a stampede resulting in the deaths of 450 pilgrims, many of whom were Iranian. Tensions eased off in the 1990s but were reawakened after a similar stampede in 2016 which killed 2000 pilgrims. The situation worsened the following year when Saudi Arabia executed a famous Shi’a political leader who was leading anti-government demonstrations in the country’s east. Iranian protesters reacted by setting fie to the Saudi embassy in Tehran.[9] Since then, diplomatic relations between the two nations have remained hostile.[10] Many refer to the antagonism between the two nations as a Saudi-Iranian “Cold-War” because of the meddling in regional political affairs, the weapons proliferation and the surrogate clashes. Saudi Arabia has even threatened to develop nuclear weapons if Iran pursues its own nuclear program.[11]

The rivalry is most manifest in a series of proxy conflicts throughout the Middle East. The first of these conflicts  played out in the eight-year Iraq-Iran War in the 1980s. Fearing an Iranian victory, Saudi Arabia funneled military and financial aid to Saddam Hussein’s Iraq, prolonging this debilitating and deadly war.[12]

Another hotbed of Saudi-Iranian rivalry has been Lebanon. The Lebanese Shi’a militia and political party Hizbullah has deep ties with Iran and exercises strong influence over Shi’s majority areas of Lebanon.[13] It also has a strong ally in the Alawite-dominated regime in Syria.  The rivalry rose to the fore in 2005 during the Cedar Revolution, when Lebanese civil society protested Syria’s influence over the Lebanese government. The rivalry took the spotlight again in November 2017 when Saudi Arabia forced the temporary resignation of Lebanese PM Saad Hariri. The move was seen as an attempt by Saudi Arabia to “flex its muscles,” in the affairs of a country which has long been a bastion of Iranian influence.[14][15]

Syria and Yemen are currently the most active locations of Saudi-Iranian hostility. In Syria, Iran is supporting the Al-Assad regime. Saudi Arabia, on the other hand, is known to be supplying weapons to various rebel factions, allegedly including the Sunni extremist group al-Nusra.[16] In Yemen, a similar scenario is playing out.  Saudi Arabia has accused Iran of providing military assistance to the mostly Shi’ite Houthi rebel militia, and has reacted by spearheading a military campaign against the Houthis.[17] Saudi strikes are responsible for thousands of civilian deaths in Yemen,[18] and its blockade of that country has spurred one of the worst humanitarian crises in the world, with over 22 million Yemenis in dire need of humanitarian aid.[19]

The rivalry is also manifest in the blockade of Qatar by Saudi Arabia and its regional allies.  Not surprisingly, the supposed trigger for the blockade was alleged comments by the Qatari emir expressing pro-Iran sentiments.[20]

Has Canada taken sides on the issue?

Iran and Saudi Arabia are both notorious human rights violators with interventionist policies in the Middle East that Canada should condemn.  Yet while Canada has not taken an official position on the rivalry, its actions demonstrate a strong bias in favour of Saudi Arabia.  In 2012, the Harper government broke ties with Iran, supposedly because of Iran’s hostile rhetoric toward Israel.  Even the possibility of reinstating those relations was recently dismissed by Canadian politicians.[21] MPs have also pushed hard for the condemnation of Iran’s nuclear program and PM Trudeau himself has opposed Iran’s involvement in regional proxy wars.[22] On the other hand, Canada is on friendly terms with Saudi Arabia, apparently seeing no issue selling billions in arms to a country which is known for human rights abuses against its citizens[23], its export of extreme conservative Wahhabi theology, and its support for militias in Syria and perhaps elsewhere.

[2] James Devine, “Lessons from the Past: The Saudi Iranian Crisis in Historical Perspective,” Canadian Political Science Association Annual Conference, Toronto, ON: 31 May, 2017.

[6] James Devine, “Lessons from the Past: The Saudi Iranian Crisis in Historical Perspective,” Canadian Political Science Association Annual Conference, Toronto, ON: 31 May, 2017.

[8] James Devine, “Lessons from the Past: The Saudi Iranian Crisis in Historical Perspective,” Canadian Political Science Association Annual Conference, Toronto, ON: 31 May, 2017.

[10] James Devine, “Lessons from the Past: The Saudi Iranian Crisis in Historical Perspective,” Canadian Political Science Association Annual Conference, Toronto, ON: 31 May, 2017.

[12] James Devine, “Lessons from the Past: The Saudi Iranian Crisis in Historical Perspective,” Canadian Political Science Association Annual Conference, Toronto, ON: 31 May, 2017.