CJPME Factsheet No. 215, published December, 2019: This factsheet outlines the reasons why Céline Dion should cancel her 2020 concerts in Israel. This factsheet discusses Céline Dion's ties to the Middle East and history of support for humanitarian causes, arguing that she should boycott Israel until it respects Palestinian human rights.

Factsheet Series No. 215, created: December 2019, Canadians for Justice and Peace in the Middle East
View factsheet in PDF format 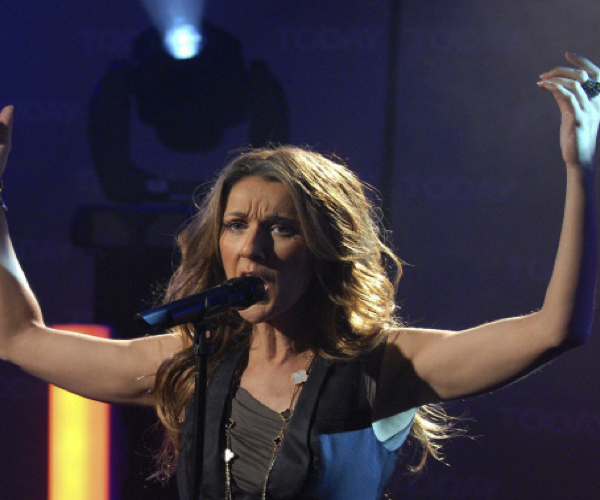 Who is Céline Dion?

Céline Dion is a French-Canadian international celebrity singer, born in Charlemagne, Quebec, on March 30, 1968. She is the youngest of a family of fourteen children. At age 12, she composed her first song with the help of her family. Her mother sent her song to the producer René Angélil who, impressed by the girl’s talent, quickly became Céline’s artistic agent.[1] Céline became famous in Quebec in 1981 and rose to fame, becoming a global star. With album sales estimated at 230 million copies, Celine is one of the best-selling record artists worldwide and one of the most famous Canadian artists of all time.[2]

Céline and René’s relationship became romantic when the star reached the age of 20. They were engaged in 1993 on Céline’s 25th birthday and were married a year later, in 1994, in Montreal, Quebec. The couple had three sons together: René-Charles, Nelson and Eddy[3]. Nelson Mandela, leader of the South African anti-apartheid movement, served as an inspiration for Céline to name one of her sons “Nelson”. The singer had met Mandela after her first concert in Johannesburg in February 2008 and was very impressed by him[4].

Does Céline have ties to the Middle East?

Céline has ties to the Middle East through her late husband, René Angélil. René Angélil was born in Montreal, Quebec, Canada, to Melkite Catholic parents. His father, Joseph Angélil, was born in Damascus, Syria, while his mother, Alice Sara, was Canadian of Syrian-Lebanese origin[5]. René’s mother had emigrated to Canada at a very young age and had lost contact with her family in Lebanon. René had always had a deep affection for Lebanon and had even conducted an investigation, with the help of a lawyer, to find his loved ones still living in the country. Following a lengthy process, René finally reconnected with his aunt and his cousins in Lebanon. In July 2001, they came to Montreal to celebrate the baptism of René-Charles at the Greek Melkite Catholic Church. Indeed, Céline and René’s three sons have all been baptized by Lebanese priests. Following his family’s stay in Canada, René planned to travel to Lebanon, with Céline, to visit the family and the country in October 2001. However, the trip was cancelled due to security reasons following the 9/11 attacks[6]. In January 2016, René passed away, with his funeral being held at the Notre-Dame Basilica in Montreal where many bishops attended, including: the Archbishop of Montreal, Bishop Christian Lépine and Bishop Mgr. Ibrahim Michael Ibrahim for the Melkite Eastern Cathloic Church [7].

Aside from her obvious connections to the Middle East through her relationship with René, the Canadian star has also stirred controversy over making Islamophobic comments in an interview with Maclean’s magazine. When asked about the proposed Quebec Charter of Values, Céline made comments in support of cultural assimilation the legislation, which, according to Amnesty International[8] would have « violated fundamental rights » and « stigmatized more vulnerable women », particularly Muslim women. Céline, who generally supports women’s rights, provoked backlash for these comments in support of an Islamophobic bill.  [9]

In celebration of the launch of her new English-language album “Courage,” Céline Dion announced an international tour that will see her visit several continents throughout 2019 and 2020[10]. In a video posted online, the superstar broadcasted that she will be performing in Tel Aviv, Israel, on August 4, 2020 – Israel’s Valentine’s Day. [11] As ticket sales began to increase dramatically in a short time period, the producers of the have announced that Céline will play an additional second show in Tel Aviv, on August 5th as well[12]. The construction of an amphitheater in Tel Aviv’s Park HaYarkon, designed specifically for the singer’s concert, is currently underway.

Does Céline have interests in Israel?

Céline currently has professional interest in Israel through her collaboration with the Israeli fashion brand Nununu and their co-founders Iris Adler and Tali Milchberg. Céline has launched her brand Célinununu – a gender-neutral clothing line for kids – in collaboration with Nununu. The unisex collection is designed for children from 0 to 14 years old and is made in Israel.[13]

Why should Céline cancel her shows in Israel?

Inspired by the South African anti-apartheid struggle, the Palestinian—led Boycott, Divestment and Sanctions’ movement – known as BDS – is calling on the international community to engage in an economic, cultural, academic and political boycott of Israel until it “complies with international law and universal principles of human rights”[14]. As a response to Israel’s decades-long military occupation and human rights abuses, the BDS movement calls for: “The end of the occupation by Israel and the colonization of all Palestinian land, the dismantling of the Israeli West Bank Wall, full equality for Arab-Palestinian citizens of Israel and respect for the rights of Palestinian refugees” [15]. In support of the campaign, many artists have canceled their shows in Israel and joined the cultural boycott. Some of these artists include Roger Waters from Pink Floyd; American singer Lauryn Hill; American singer Lana del Rey; and New Zealand singer Lorde[16]. Following Lorde’s decision to cancel her concert in Israel, more than 100 British artists signed an an open letter in support of her decision.[17]

For years, Céline Dion has been actively supporting many various humanitarian causes. She has been particularly devoted to helping sick and unprivileged children. Indeed, she is the Cystic Fibrosis Canada’s Celebrity Patron due to her decades-long commitment to fight cystic fibrosis[18]. As someone who is already involved in several humanitarian causes, she should naturally express support for the cultural boycott of Israel, which, according to the UN Committee on the Rights of the child, is systematically violating the rights of Palestinian children.19 Palestinian children would benefit from the massive media coverage of Céline Dion’s cancellation. If she cancels her show, she will increase awareness of Israel’s human rights abuses and honour one of her heroes, Nelson Mandela, who once stated that, “our freedom is incomplete without the freedom of the Palestinians.” 21

[1] For more information, see Céline Dion’s biography on her official website « A woman of destiny ».  https://www.celinedion.com/fr/a-propos/biographie/