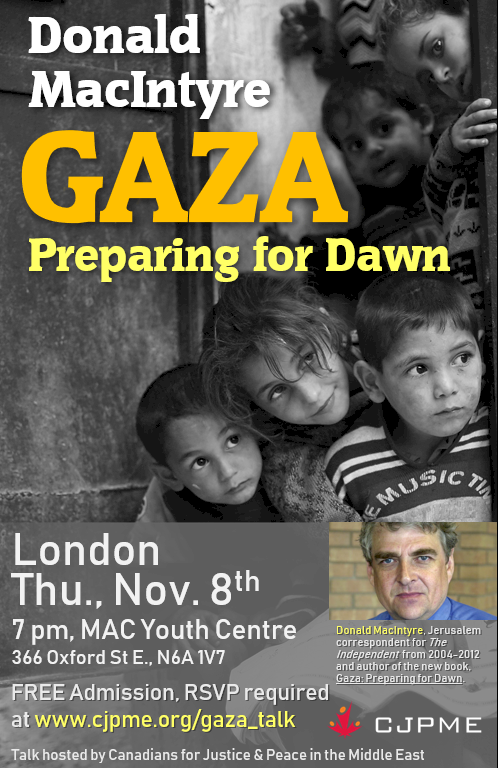 CJPME cordially invites you to hear veteran UK journalist Donald MacIntyre as he talks about Gaza and his new book, Gaza: Preparing for Dawn, in London, Thursday, Nov. 8, 2018.